In Conversation with…. Matador

Irish techno maestro, Matador, otherwise known as Gavin Lynch, has gained global recognition with his prolific Live sets that have seen him play in underground hotspots as far flung as Los Angeles,  Amsterdam, London and Buenos Aires. With labels like Cocoon and Perc Trax behind him from the start, it was only a matter of time before Richie Hawtin’s reputable Minus collective welcomed Matador into the fold.

Following his debut release on Minus, Matador worked tirelessly alongside the Minus crew on countless stellar line-ups across their international dates and his hard work paid off as he landed a respected residency with the notorious Space Ibiza. Honing his live skills with a monstrous set up of samplers, controllers and effects, Matador Live is a mesmerising experience, which has captivated dance floors across the underground scene.

As 2016 draws to a close, Matador can look back on outstanding achievements such as launching his own label Ruckus, his Ructions’ project featuring remixes from ANNA, Pig&Dan, Patrick Topping and Paco Osuna, as well as headlining an overwhelming number of sell-out shows. Yet the Irish man still remains humble and as charismatic as ever as he looks forward to another promising year ahead after an Exclusive Live headlining show at Egg London’s NYE: Altered State – A Surreal Encounter event alongside Pan-Pot and Christian Burkhardt.

Coming from Dublin, Ireland, what was the underground music scene like when you were growing up and how did you develop a taste for techno music?

The scene was thriving when I first moved to Dublin in 2002! I remember seeing Jeff Mills in a 300 capacity club in Temple Bar on a Tuesday night! There was international talent every weekend, we were always drawn to techno, and became regular attendees at most techno parties throughout my college years.

You bring a monstrous live set up with you on tour, what is the most important element of your set up that brings your sets to life?
I’ve been moving around on different set-ups over the past few years, introducing new pieces of equipment and pulling others out and I’ve now settled on a really nice set-up with the Model 1 being the centrepiece. It plays quite an integral role, as its sums all audio and offers hands-on analog control.  The overall sound of my new set up is bigger, fatter and warmer, something I’ve been chasing for quite some time.

Have you ever encountered any nightmare-ish technical difficulties on tour with so much hardware? Is so, how did you overcome it?
Yes sometimes shit goes wrong, so it’s very important to have a back-up for every scenario. It might not ever happen, however be prepared if it does!

What personalities have influenced your journey into techno – who has inspired you the most along the way?
Following key techno figures from early on as a fan, the music I was exposed to played a big part in the inspiration to get to where we are today: Hawtin, Clarke, Mills, Liebing.

Who were your musical influences from a young age?
I grew up in a Motown house, so anything that came out of Berry Gordy’s shop was gold! After that I was slowly exposed to different electronic stuff such as Depeche Mode, Erasure, Eurythmics….After that it was trance and I finally settled in techno.

Will you ever do a vinyl/CDJ set up show rather than use hardware in the future?
I’m sure I will. I stared like most with 2 turntables almost 20 years ago, and still have them, I’m sure that will come back to me with time 😉

What has been your favourite festival(s) of 2016 that you played for and why?
Neopop! I’ve been working with Gustavo since I started touring, and we’ve tried and missed for a few years, but made it happen in 2016. They have an amazing crowd in Portugal, matched with a stunning location which makes for a hugely memorable show!!

After travelling the world and performing in many different clubs, which venue has the best crowd?
South America, they go nuts, have tons of wild energy and are very passionate people. I’ve played Buenos Aires quite a bit, and every time it gets better and better (somehow). It’s always a stand out city on any South American tour!!

How do you wind down after a strenuous live show? Straight to the after party for more or shut yourself off in the hotel room?
Really depends on the scenario, and what’s on the next day…. Like anything a good balance of both is healthy 🙂

Has there been any particular countries that have surprised you for a dedication to techno music?
Pleasantly surprised earlier this year with an amazing show in Belgrade at a packed out sweaty warehouse with 3000 people going nuts into the early hours!!! Did not expect that at all…

Your bringing in the New Year at London’s notorious Egg club, what are your plans for 2017? Any more EPs we can look forward to?

Looking forward to it too!! Lots of fun friends and frolics to ring in the New Year! 2017 will be another busy year, I’m starting it off with some solid studio time which will roll into a heavy touring schedule, alongside lots of new music from myself and introducing new artists onto my label Rukus. 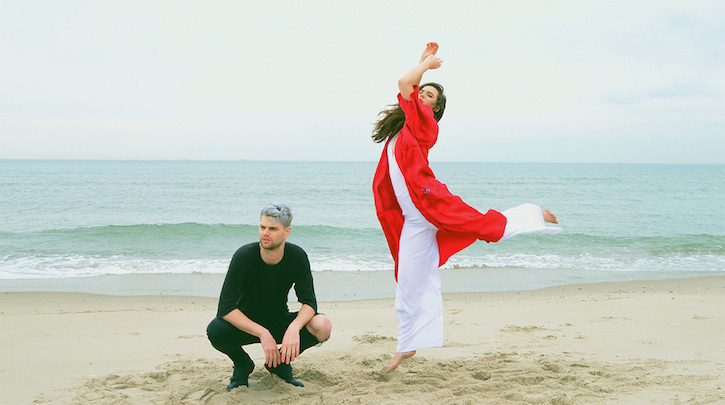