In Conversation with ANNA

Brazil-born and Barcelona-based, ANNA is in high global demand – creating success out of everything she turns to whether producing originals for well-respected labels, remixing top-flight acts or moving dance floors the world over.

Recent releases on the likes of Diynamic, Tronic, Yoshitoshi, Terminal M plus a tech house signature etched on remixes for NERVO through Ultra Records and Gorgon City through Virgin EMI are cementing ANNA’s rightful place at the forefront of dance music and a credibility validated around the world after years of dedicated hard work and uncompromising dedication.

Between a chaotic touring schedule, we caught-up with her, to discuss her journey to becoming a DJ, her recent DJ Awards nomination, releasing on Diynamic and getting remixed by Green Velvet.

Hi ANNA, how are you doing? I have to tell you, we are huge fans of yours. Just a few Fridays ago we went out for “quiet-drinks” and ended up at someone’s apartment watching your DJ Mag HQ stream.

We’re lovin’ your remix for Joyce Muniz at the moment. It’s getting heavy rotation in the office…

Oh, thanks. It was released yesterday!

And your remix for fellow countryman Wehbba on Knee Deep In Sound, we’re still rinsing that one too. That’s one of our favourite labels!

Yes, I really like that label too. And Hot Since 82 in general. The sound is really cool.

Firstly, we better start off by saying huge congratulations for your nomination in Ibiza DJ Awards Breakthrough act. You’re in some good company. This award was won by Black Coffee last year, and there’s some stiff competition this year with The Black Madonna nominated.

Also, Ryan Elliott as well. He is listed. DJing has been a part of my life ever since I was a child. I never wanted to do anything else. Getting this kind of attention, this recognition right now – it feels nice. It means that people are having a good time listening to my music. It’s just cool. And a motivation to keep going.

Quite a list of venues you have coming-up. We see you are at Rex Club Paris next week. How do you approach playing such an iconic venue?

I did a remix for DJ Tonio. He is a resident there. I don’t know if it was directly because of that, but maybe! They contacted my agent… I don’t know really how it happened, but I’m really happy to be playing at Rex, cos I know this club since years ago. My boyfriend, when he came first time to Europe, he played there and it was amazing. So I’m really excited to be playing there.

Where are you most excited about playing?

Actually I’m really excited about this Saturday at Cacao Beach in Bulgaria. Also I do Solomun+1 at Pacha on 21st August. This is the one I’m looking forward to the most. It’s my first time playing at Pacha. It’s one of thee best parties! I’m also due to the play the first Ultra Rio in October. It’s the first time they’ve thrown an event in Brazil.

Oh yes! We’ve been eyeing this one ourselves. That’s quite a prestigious collection of DJs to be considered among, when you look at who he has playing across the season. How did that invite come about?

Well I released my track ‘Odd Concept’ on Diynamic in February. It went really well. I think my biggest success to date. I think maybe it’s because of that. I played at one of the Diynamic showcases when they came to Brazil. And now I’m doing +1. This track helped a lot for this to happen. It’s an amaziiiing line-up, really diverse. I love all the acts he has invited. And I like the concept. It’s literally Solomun plus one. It’s a nice look!

This is such a big year in Ibiza, of course. The year that broke the mould! We say farewell to Space…

Actually I played there last month for a Suara party on the terrace, and last year I played for Carl Cox – a dream for me. But this year I am going to the closing. So I’ve been there as a client, and also working as a DJ. It’s a really nice club.

You seem to be constantly touring at the moment, can you tell us a little bit about how you prepare for that? Is it tough on the road – constantly moving.

Actually I’m on tour most of the year. When I used to live in Brazil I had to prepare everything because it is a long trip (to Europe). But now I’m based in Barcelona so usually I leave on Thursday and come back on Monday. I don’t pack much when I’m playing in Europe, I just take a little luggage. But when I’m in America at the beginning of next month it will be a little different! But with Europe it’s pretty easy. It’s always the same.

Was that part of the reason you decided to locate out of Barcelona? For the touring aspect? The ease of travel?

Yes, exactly. Because I was playing a lot in Europe. So every month I was coming here. It was not an easy trip – an eleven hour flight. I chose Barcelona because it’s really easy to fly (elsewhere from) here. Everywhere!

Do you ever get lonely? Do you miss home comforts?

Most of the time I’m by myself, but sometimes my manager will go with me. Most of the time I’m alone. Sometimes I get lonely because I’m travelling a lot. This whole past year I’ve been travelling. Of course I meet people, but most of time I’m spending in hotels. It’s always late flights. It’s hard. I love home. Spain is my home now. I like being on tour – it can be lonely – but I don’t complain about it.

Do you find it easy to produce on the road?

Actually, I don’t produce when I’m on the road. I do record some ideas that I have on my laptop. But the focus of my producing is when I’m at home. I need my studio, my things, you know? When I’m travelling I prefer listening to demos – to research some music to play. Then, when I get back home, I like to produce.

Does touring encourage collaboration between artists?

Yes, because you meet so many people, and become good friends. And when you become close you want to get in the studio. That’s the way I think collaborations come together.

What was it like having Green Velvet remix your track ‘Unique’? How did that remix come about, did his camp approach you?

This was because I became friends with Kaveh from Pleasurekraft. They made this happen, actually. At the time nobody really knew me. They really liked the track a lot, and they asked him, and he agreed to do it. And of course I was really happy because he is one of my heroes. That’s how it happened!

Where is your favourite place to play?

Spain my adopted home! But especially in Ibiza! I really like the crowds in Romania and Beirut too. They’re very cool. And Brazil too, of course. There is a place: Warung. A lot of DJs love it. It’s the favourite of a lot of DJs I know. For me it is a magical place.

The Brazilian electronic music scene seems to be really healthy at the moment, with yourself, Volkoder, Wehbba & Gui Boratto all enjoying success – is there anybody else we should be looking out for?

Mmmm. I have one that I really like. She’s just released on Hotflush. Her name is Terr. She’s a part of DJ collective, and now this is her solo project. She’s really good. I think you should look into it!

16-17 I joined my first agency, in Sao Paulo. So that’s when I count, you know. At 16 years I did my first official paid gig. That was when things started to happen. My first track came later in 2008. I was discovering things, but I didn’t actually release anything until then. It was when I first moved to Europe, actually. I got into it a lot when I got here.

What was it that made you want to start producing, as well as DJing?

Finally – we’ve got to ask – any plans to come back to the UK soon?

Not before the end of the year, I don’t think. But maybe – maybe! – New Year’s Eve?? But I dunno yet. I can’t say anything for sure. I hope it will be soon, because everytime I play there I enjoy it sooo much. I want to come back more. Last time was at Egg. It was so cool. Super nice!

ANNA, it’s been a pleasure! Good luck with all the touring! And good luck at the DJ Awards!

Thank you. It’s been great. Goodbye!

Voting for DJ Awards 2016 closes at midnight CET on Sunday 7th August.
The awards will be held at Space Ibiza on 3rd October.

ANNA debuts on Afterlife with ‘Spectral’ 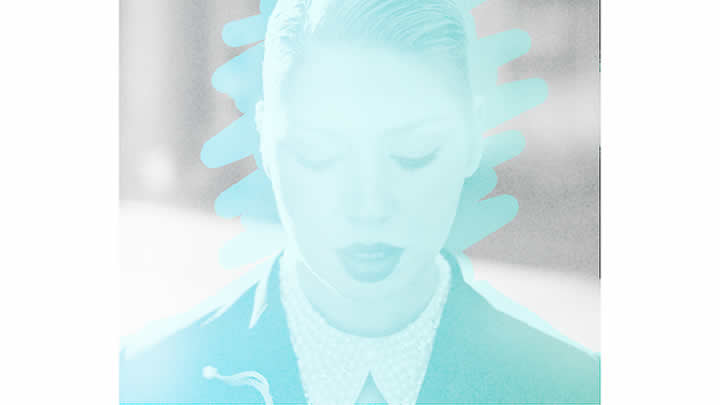