Nick Monaco is just finishing wrapping up his sun-kissed set of soulful house and disco at Montenegro’s Sea Dance Festival, now in its second year. Set on the idyllic Jaz Beach of Budva, this is the type of destination sought after by many, made even more desirable with the arrival of this festival, part of EXIT Adventures that has helped attract a global audience to Serbia via EXIT Festival. Monaco cut his teeth at the tender age of 12 when he began to DJ and produce before releasing two EPs, culminating to 2014’s Mating Call, on Soul Clap Records. He’s also produced his own brand of lipstick, Freak Flag, all proceeds of which goes towards raising money for transsexuals to have sex change operations and inspire diversity in clubs. We caught up with the “part stalker, part butterfly, mostly music after” to discuss his history, artist branding and his future plans as a masseuse.

Before Soul Clap there was Dirtybird. How did that connection first get realised?

Justin Martin’s parents?! So this was near inception when they were still very accessible to everyone?

Totally, yeah. And I was inspired by that so I started making that kind of music – and then you’d go to the party and you’d hear my song being played and that was really special as a young producer and DJ. It was the steam that kept you going, I looked up to those guys a lot ‘cause they were doing something really special. Every one of them was so unique, but Justin Martin totally was an inspiration, his productions especially, and was actually one of the first people to sign one of my records from Dirtybird, so… Yeah I got close with all of them and yeah I was really into that sound for a while.

Cool. Dirtybird aside what was the music scene like in San Francisco and how did that help you develop your sound?

Yeah well back in the day there was a really strong house scene in San Francisco. I was too young to partake in it, but I got to know it through DJing and through knowing people on the scene like Rasoul and Miguel Migs. There were also the Sunset Parties which were a crew of DJs out there; Solar and Galen and all these sorts of people/characters in the San Francisco nightlife who were definitely inspirations. Their brand of house music had a lot of soul happening, and yeah I definitely fell into that and took a lot of influences from that.

We’ve all been there, it’s a rite of passage!

Yeah, but luckily if you go to enough bad nights then soon enough you’ll come across a great one. I started DJing in the city when I was 19, before I could actually get into the club, so the body guards would watch me all night while I was DJing and then I’d have to get off and leave the club!

You were such an early bloomer – when did you start collecting vinyl? Was it your parents’ influence?

Yeah my dad had a big vinyl collection, I was always fascinated with his records. He was into classic rock like Led Zeppelin and Dire Straits which I got into, as well as the more psychedelic stuff, like Leonard Cohen. He’s from Italy, so he was kind of obsessed with the American/psychedelic rock stuff when he was younger. But yeah my family was kinda musical – my cousins always played piano so I was around that, I’m really close with them. And I started really getting into DJing and producing when I was 12, when I was really young and started buying vinyl. I was a scratch DJ and turntablist, so I was just scratching records for years and then I felt like that kinda got stagnant – I didn’t really know where to go from there. So I found that I was just DJing for other nerds…

So quite a niche audience?

Yeah! It was just a bunch of Filipino guys in San Francisco! I love them, but I wanted to branch out more. I wanted to make people dance, make people move. So then I started making dance music and partying and being influenced by those sounds.

It wasn’t always good stuff. It takes a while to find the good stuff. It’s like, you’re either exposed to it and you have good influences or you really have to put in the time and create the footwork. You have to catch up on the history, because like I said, being young you miss out on this whole era of music because you weren’t there to actually experience it. So you have to rediscover it, which is the fun part… I guess the process of learning it is cool too.

That it is. Your debut album, Mating Call, has the essence of Tiga in the vocals alongside a distinct brand of funkiness. What were your main influences when making the record?

Well I guess myself; my idea of the self is like an amalgamation of my influences and experiences at the time. At the time I was really trying to challenge dance music – the current dance music climate felt very capitalist. You know, this proliferation of modern dance music has this tinge of capitalism to it which feels really soulless to me.

I kind of tried to channel the pop punk ethos into house and challenge what house could be, but there were also some tracks on the album that weren’t house. I mean, the music I make is always what I feel like at the moment. I made a whole new album and I don’t think there’s any house music on it; it’s all sort of like indie pop.

The lines between genres are becoming increasingly blurred, and in any case, as an artist yourself you wouldn’t want to be pigeonholed by a certain genre.

Yeah, with some artists it’s part of playing the game. As an artist you’re in a market; you’re in this niche of music whether you play house or techno or you’re an indie band or a pop act. I guess you need to be sort of branded in a certain way. Some artists naturally play into their brand and they only make one certain sound.

Yeah, which from a brand standpoint makes sense. But, personally, I just have a really hard time making music that I don’t feel. So if I wake up and feel like making a reggae record then I’ll do that, or a pop record.

Reggae? Sounds good to us. So what does the rest of 2015 look like for you?

So the rest of 2015 just looks like a lot of running around the world. Europe for the rest of the summer and then a little music retreat in Jamaica with Soul Clap and our friend Dave Marston who lives there. We’re gonna make some music down there. I’m going to be wrapping up this new album that I wrote that’s gonna come out in early 2016. Hopefully I’ll also get to take some time off to work on some art projects and maybe study some massage! Explore some other interests and yeah a lot of touring, a lot of travelling… 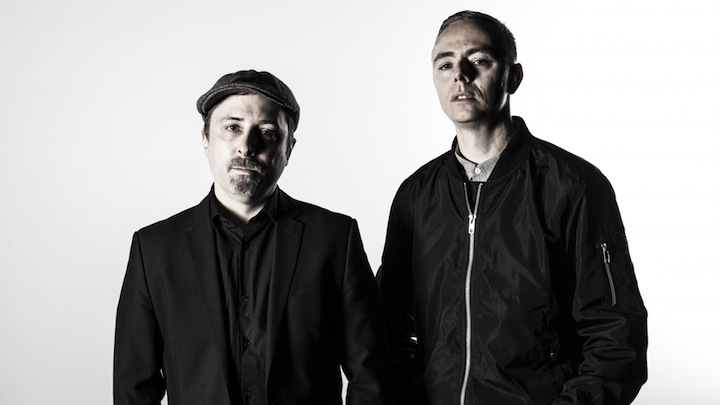