Be it as one half of all conquering techno duo Lakker or under his solo moniker of Eomac, we’ve got a lot of love for Ian McDonnell here at Data Transmission, with his latest work, an album titled Tundra, or legendary electronic outpost R&S particularly impressing. Out now, the 10 track effort follows on the from the release of two well received EPs for the Belgian label last year wherein they stepped slightly away from the sound that popularised them to provide further testament of their ability to defy expectation; featuring a diverse palette of sound sources that includes “field recordings from motorway tunnels in Japan, church bells from Schöneberg, a female choir from Dublin, and Inuit throat singers” amongst the record’s sonic tapestry we’ve been unable to get the album out of our heads or off of our playlist since it arrived at DT towers.

With big plans for the next 12 months we caught up with the Berlin based Irishman at this year’s Krake Festival in Berlin to discuss Lakker, purism and the importance of good mastering!

It must be great being called up for the Krake line up, have you caught festivals any of the other years?

Yeah, I’ve played a couple of times now, I think it’s my third appearance at Krake, they had one out near the airport in a kind of an open air thing maybe two years ago. We played as Lakker, I think I’ve played twice as Eomac and once as Lakker – it’s a really wicked festival.

Killekill has been good to you the last few years, which in turn has been great for us! It issues a ‘Fuck you’ to most generic labels…

Yeah! “Kill your boredom” is their motto!

Exactly! It must be great for them to be supporting you and liberating… Has it influenced the path you’ve taken since you joined the label?

Definitely, especially with my solo stuff, Nico kinda pushed me to do my album ‘Spectre’ might not have come out as soon as it did it if it wasn’t for them pushing it. An album’s a big deal, for me as an artist, I wanted it to be kind of a statement, and I was like “I’m not sure if I’m fully ready, maybe I should do some more EPs” and he was like “No, do an album”. So in that way, that kind of shaped my path. I put out the album and then that really pushed things forward in terms of recognition and gigs; lots of things spran from that. Just doing an album broadens your horizons as an artist, you see more possibilities and after that you’re hungry to do more stuff. Once the album was there I was like “Shit… I wanna do more, I wanna do another album” you know, it kinda gives you the enthusiasm and the encouragement on a personal level.

Being placed on the line up with predominantly a UK artists, do you think that will subconsciously or actively shape your take on your set?

That’s a good question! Maybe subconsciously, I always try and do just do my thing. I think my thing has been influenced by a lot of different stuff, it has definitely been influenced by the UK, coming from Ireland – we’re near to the UK and all the sounds trickle across. So that kind of UK sound… everything that’s stemmed from the old school hardcore, all the rave stuff. The bass stuff, the dubstep, jungle, garage all that is obviously a massive influence. Probably more so than techno even though I’ve kind of found myself in the techno scene over here. But I think for me, that’s more of an influence on my music, so yeah it’s kind of nice being on a line up with people like Untold and Kamikaze Space Programme who was making drum and bass back in the day. What was his name? Raiden! He was a big drum and bass producer back in the day and now he’s making techno. You can hear the drum and bass in his music, and that’s always been a big, big influence for me. Maybe subconsciously for me it plays a part, I’ll probably think “Oh I can be a bit more this now” as people might be open to it. With people like Untold as well who’s really broad.

Cool. Berlin seems to be a breeding ground for the ‘Lakker sound’, which is tough to pin point, does it become a challenge to try and upstage, un-upstagable previous shows?

I don’t know, it’s one of those things. I think it’s a trap you can sometimes get caught in. If you’re trying to upstage yourself, you kind of have to just recognise where you are and just try and be honest at wherever you are at that moment like in terms of your music and not about upstaging just, for me, it’s about an honest expression. Whatever we wanna do at that time, Me and Dara, the Lakker sound, whatever we wanna express. Whether we wanna go harder with some releases or in some sets we want to do go deeper. There’s loads of different aspects with our sound, in the past we’ve made everything from break-core and gabba to classical. We’re just really interested in music. It’s kind of more trying to be true to that. Rather than trying to out do any previous thing. It’s easy to fall into something when you put out a record that does really well, be like “Oh! Our next release has to be like that!” but it’s just a trap we try and avoid. It’s better to just… each release on its own merit and just try and be as honest as you can.

Yeah it’s more organic that way. I think if you’re battling yourself… it’s dangerous territory! It’s easy to fall into and we’ve definitely done it! We’ve been doing it so long now. Things started happening for us 10 or 12 years, so we’ve kind of had this experience behind us that we’ve been. Being too precious about the music sometimes, you just have to take a step back and let the music be itself. As long as you make a track and you want it to be one thing and it turns into something else, you kind of have to let it be sometimes.

Not trying to force it?

Yeah, exactly. Sometimes I make a track and say “I really wanna make a banging dance-floor track that’s peak time stuff” and you sit down and you start making it and you add a few sounds and it goes somewhere different, and you say “I don’t know where it went that way…” but you just have to go with it sometimes and the end result will be better than what you had initially intended it to be. So you have to go with the flow sometimes and that honesty thing… doing what you want to do at that moment is super important.

Yeah we get that. We understand you’ve made the move onto digital platforms in regards to your production and live shows – when was the moment you decided to sell up the hardware and keep it all computer based?

It was quite a while ago now. Early 2000’s we had some hardware gear like some Akai samplers and some Yamaha hardware synths but it was more Dara who had the gear and he had a little studio. Then around the mid noughties we kind of just started getting used to Kontakt as a sampler and some of the Native Instrument soft synths like FM8 and found ourselves using hardware less and less. Then eventually we were like “It’s just sitting there gathering dust, I’m just gonna sell it” so we did and we haven’t really looked back since… 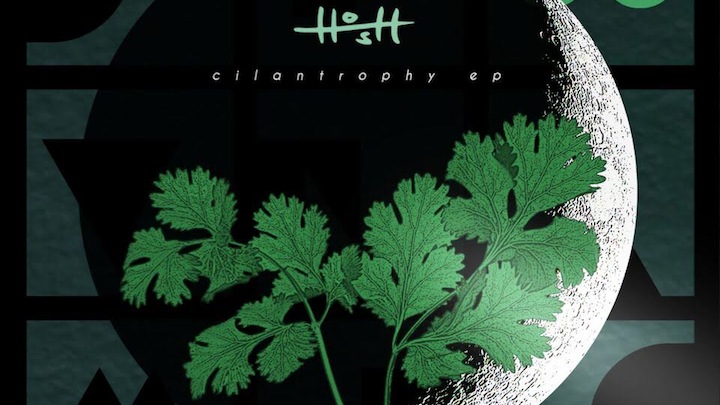