Coming in late? Check out the start of Matty’s adventures on the White Isle at: Part One: Life as a Worker

As the sun set on another scintillating season on the Balearic Island of Ibiza, I think it’s safe to say I experienced the best summer of my life to date.

Memories were created, friends for life were made and experiences like never before occurred. Ibiza delivered in a big way last year. It threw the biggest parties in the world with the biggest DJ’s in the world. The opening parties matched the closing parties, new super clubs made their party capital debuts, hidden gems were discovered and once again, the unpredictable fashion of Ibiza waved it’s magic wand again in order to create such unique and wonderful trends.

As it does every year, the action kicked off in a big manner at the beginning of the season in May. With Ibiza playing host to some of the best parties and clubs on the globe, there were high expectations for the opening parties. With tourists purchasing their tickets online before they even arrived on the island, some of the parties were already a sell out. Headlined by Calvin Harris, Cream at Amnesia was one to turn several heads in which was despite being one of the sweatier opening parties, it was definitely one of the best. Amnesia also presented Together on Tuesday nights headlined by the one and only Chase & Status. Over the road, the biggest club in the world – Privilege was not to be outdone with their Friday night extravaganza known as SupermartXe. These weren’t the only openings either, in fact if you visited Ibiza this summer during May or June, you were simply spoilt for choice and one way or another would’ve missed out on some big parties because there is simply that much going on at the island. DC-10 offered Circoloco and A Tribe Called Paradise. Popular amongst the workers, Sankeys had Tribal Sessions and VIVa Warriors. Ushuaia played hosts to several nights including David Guetta on Mondays and Hardwell on Tuesdays. Pacha was another club capturing the spotlight at the beginning of the season with Aoki’s Playhouse on Wednesdays and F*** Me I’m Famous with David Guetta on Thursdays. You can’t count out Space either with Carl Cox’s Revolution on Tuesdays, Richie Hawtin’s Enter. on Thursdays and We Love Sundays… on you guessed it, Sundays. If you haven’t experienced an Ibiza opening party yet, I strongly suggest you get yourself out to the party capital next May!

It’s not just May though in which Ibiza is in high demand. September and October are also very popular amongst tourists with the closing parties often the highlight of the season. Just when you thought Ibiza could better its biggest weekend of the summer in the form of Radio One Weekend in August and the closing parties are an experience like no other. The final weekend of closing parties is the perfect example of why you shouldn’t miss Ibiza at this time of year. In one weekend, Ibiza revellers played witness to the final parties at Amnesia, Ushuaia, Pacha, Space and DC10. By far five of the biggest clubs in the world all in one weekend with clubbers going all out for one final marathon of drink, sweat and tears. This is something for everyone’s to do list in their lifetime.

Ibiza isn’t just about it’s predominant nightlife – although it offers some of the best clubs in the world, it also offers some splendid beaches where you can sit back, relax and whether it’s a hangover you need to dispose of or a tan you need to gain, Ibiza has the perfect cure. San Antonio, despite it’s lively reputation has a variety of beaches tourists and workers can enjoy. You firstly have San Antonio Beach at the bottom of the West End – a beach where revellers usually find themselves at the end of a night out at 8am in the morning continuing the party life or alternatively simply recovering from a heavy session. Reggae Reggae Beach is a 20 minute walk into the bay – usually one for families as it has a slide to keep children entertained. Kanya Beach is a 15 minute walk the other way of San Antonio beach just beyond Cafe Mambo. Then Cala Gracio is a further 15 minutes from Kanya – both relaxing in their own unique ways. Alternatively, if you are looking to continue the party or get one started, you need to travel deep into the depths of Playa D’En Bossa and become indulged with the strong international scene based at Bora Bora Beach. Surrounded by day time clubs and ongoing parties, Bora Bora never sleeps. It is especially a good spot to go of a Sunday prior to Space as this is when the beach is at it’s busiest.

Continuing with the luxurious side to Ibiza, the island has several beautiful hidden gems to explore too. If you have the money, you will need to venture into Blue Marlin. It possesses a very similar set-up to The Ocean Beach Club and is located near DC10. You get to experience the rare good things in life whilst spending time at a Blue Marlin including partying alongside famous faces. Speaking of celebrities, many of the island’s famous identities tend to enjoy a relaxed day out over at the heavenly island of Fermeventera. Considered one of the more beautiful islands in the Balearic, this island allows tourists to wind down and enjoy many pleasures if they need time away from the fast lane that is a constant presence in Ibiza. On a slightly different scale of hidden beauties in Ibiza, you have the natural wonders of YogGood. Providing some of the best naturally frozen yogurts in the world, YogGood offers several unique tastes and flavours to help even the most chilled people cool down on the hottest days Ibiza sends their way over the summer. In terms of hidden party gems, places like Mick Jagger’s old mansion – Underground is a popular but exclusive choice amongst workers. Located near Amnesia, revellers feel privileged if selected for the guest list for this rare experience to party amongst the stars. Pikes Hotel is another exclusive venue to party in Ibiza but once again, you are required to be on the guest list as it is invite only.

Ibiza is also considered the promised land for DJs. Whether their speciality be house, techno, EDM or R&B – if you get the opportunity to DJ in Ibiza, as a DJ you should take it with both hands graciously. With so many DJs trying to make a name for themselves amongst all the established names on the circuit, 2014 has become harder than ever before for DJ’s to catch the attention of music lovers all over the world. Obviously names like David Guetta, Hardwell, Steve Aoki, Calvin Harris and Skrillex excelled this summer bigger than they have in previous years – but that was expected from them being some of the most popular DJs in the world. I have been keeping a keen eye out for talent rising through the ranks and making a name for themselves this summer. One man causing people to talk was Newcastle’s Patrick Topping. Spinning weekly behind the decks at DC-10, Topping worked wonders and drew in big crowds with DC-10 packed to the rafters everytime he played. Hannah Wants was another name that has got heads turning and taking notice. The Birmingham girl showcased her skills at Together in Amnesia last summer on various dates and the world is currently her oyster. Darius Syrossian and Steve Lawler were emphatic in their successes as always as always but some shrewd bookings saw the demand in wanting tickets for Sankeys rise exponentially. Sante worked wonders behind the decks, Sidney Charles entertained big crowds during his sets and the Swedish duo of Anek were a pleasure to listen and dance to throughout the summer. America may be the land of opportunity, but I would put Ibiza is still the place dreams are made of for DJs.

Whilst music, pleasure and relaxation will be at the forefront of most people’s vacations, what people wear plays a very important part in someone’s night out, day out or their mood in general. This was no different when it came life on the White Isle. Over the years, Ibiza has been known to create unique and captivating fashion trends often started by the workers on the island which then rub off on its tourists. Plus in Ibiza, if you have a unique look, you are strongly respected by the rest of the Ibiza workers community.

When it comes to fashion, we all know first hand how girls love to shop in order to look good. This year has seen bindhis take over as girls wear them to accompany an outfit for a night out to compliment their entire look. Whether the colour be red, blue, green or gold – it has made a wonderful addition and certainly has made an impact this summer. None more so than chokers which girls wear around their necks. This compliments the general Ibiza look for girls, sported by the majority of workers, with bum bags and play suits – which have been very popular this year. A more rebellious look has become popular amongst girls too with girls dying their hair different colours of the rainbow and even shaving parts of it off. Tattoos have become an essential too on girls this summer as more and more girls are getting inked with leg tattoos and single sleeves in high demand.

As for men, 2014 has been the year of the top knot. Started off by one Zlatan Ibrahimovic – many lads have dared to Zlatan this year and this hairstyle has become more common than men with a casual short haired trim. Vintage floral shirts grew were also in high demand. Something you’d usually see your dad wear on his first holiday was now official a ‘cool’ look. This would usually be accompanied by a pair of short shorts coming down to no longer than the length of your average pair of boxers and white socks being worn half way up your leg. Another ever present for 2014 were a big grizzly beards.

2014 was also the year of the shuffle. Originating in Melbourne in the 1980’s – the craze continued into the White Isle this past summer and the fast heel and toe movement took over on an extremely large scale. Whilst some revellers may struggle and look extremely ridiculous at attempting the dance, it is this writer’s opinion that those that actually succeeded looked quite good doing it. This is a dance most suited to EDM and was on display throughout Ibiza, from Pacha to Space there was always at least one guy shuffling away to the beat of his own drum in the corner.

However, despite the island’s bizarre fashion trends, incredibly wild nightlife and 24 hour raves – it is the people that make Ibiza what it is today – the sensational party capital of the world. Whilst prices may be steep and some of the day to day sights you see of a night time up the West End may be outrageous, Ibiza is worth every penny. Having travelled to all of the partying destinations across Europe, there is nowhere quite like Ibiza. It truly is head and shoulders above the rest of the field and I doubt that will ever change. This is one island you definitely need to experience.

30 Tracks to get you ready for Diynamic at Pyramid Ibiza
Data Transmission August 21, 2019

Amnesia’s Pyramid teams up with Diynamic 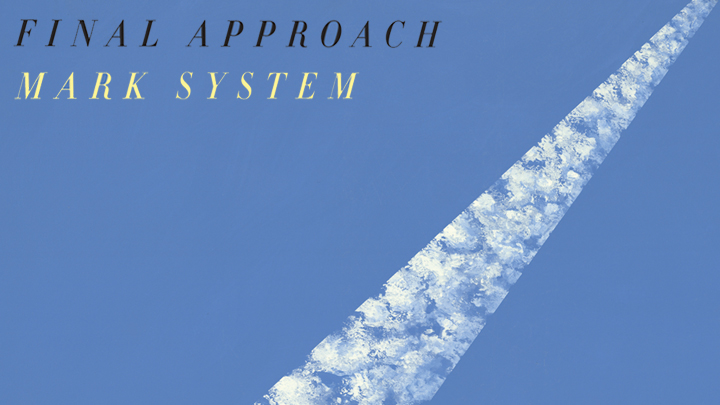