We’ve been saying it for a while now. The last few years have been that of the duo from the triumphant return of disco loving Frenchmen Daft Punk to the emergence of UK pairings Disclosure and AlunaGeorge we’ve found that two heads really have been better than one. Another twosome to be making waves have been the dynamic duo Him_self_Her and we’re delighted to welcome the inter-gender outfit to DT this week for the latest of our versus features.

Hailing from Leicester in the UK, the astute combination of Claire and Leon came together after honing individual skills for many years on their local scene. All that it took was one studio session to realise the potency of their union; and what a union it is. With a combined sound that sees them skip across genres from all over the electronic music spectrum Him_self_Her are mavericks by their own admission be it bold house choices, driving techno, obscurely selected samples or self penned hits. Having spent no less than 11 weeks at number 1 in the Beatport new disco chart with hit track ‘Gone Too Long’ it wasn’t long before Claire and Leon attracted the attention of the scenes biggest names with the track becoming Pete Tong’s ‘Essential New Tune’ and making it into Jamie Jones closing set at DC10 in addition to seeing them signed by Damian Lazarus for his hot label Crosstown Rebels. Returning for Crosstown for their new EP  ‘Love You Like I Used To’ we thought we see Leon and Claire ask the questions as well as answer them!

Claire: So we have both been DJing for more than 10 years, through a range of different styles and genres. What is your all time favourite dance floor destroying track, and why? You can only pick ONE!

Leon: Ok, so for this, I have picked a track that my brother and I always used to play – at a place in Leicester called Nomad). It was our first proper residency and we used to have control of the decks from 9pm till 6am. This place was a total sweat pit of ravers right through until the blinds went up and the sun shone in. The atmosphere was amazing and we made so many friends in the two years we were there. So my track is… Roman Flugel – Geht’s Noch! This always used to go OFF!

C: Wow its true, there really have been so many artists and tracks over the years. One of my biggest inspirations when I first got into production – a few years ago now – was Dave Spoon. At the time I was playing a lot of Funky and Electro House and a massive stand out track for me was his remix of Tyken – Every Word. This was an anthem for me during my days as resident at a night called “Junk” in the Midlands. Those were the days! As time has gone on, I’ve taken inspiration from the deeper artists and especially the females, like Maya Jane Coles, Laura Jones and Cassy, who are at the very top of a historically male dominated industry.

L: We’ve been gigging all over the world for the past three years as Him_Self_Her and have been fortunate enough to visit so many great countries and cities, which has been your highlight so far?

C: My personal favourite was South Africa – such an amazing place and lovely people. Cape Town was stunning and then Truth in Johannesburg was absolutely off the hook. South Africans know how to party.

C: How about you, what has been your favourite gig, venue or location so far?

L: Oh tough one, I would have to say Ritter Butzke in Berlin. Probably one of the best crowds I/we have played to. Buzzing we are back there in November.

L: Staying on the travelling theme, what is your ‘must have’ item that you always take with you on tour?

C: Being a massive organisation freak, I have a long list of categorised items! The main ones being music, makeup and travel pillow. And of course my gym kit so that I can get up and exercise while you are lying in bed…

C: Before you joined Him_Self_Her, you were in another DJ duo. What are the benefits of working in a partnership in this industry and would you recommend it to others? Be careful how you answer this…

L: I think its a massive plus being in a duo when it comes working in the studio and travelling for sure. Also being able to drink yourself senseless while you look after the decks for me  -this has yet to happen, so don’t worry promoters when you read this [Laughs] . But on a serious note, I think its great to have someone to bounce off when we’re here, there and everywhere, I have massive respect to all the solo artists that travel all year round on their own.

L: How has it been for you making the transition from solo artist to duo?

C: It definitely made a difference teaming up with someone, like you say it helps a lot to have a partner to bounce off and share the workload with. Especially when you are starting out and there is so much to do in terms of developing your production skills, making tracks, preparing for gigs and of course the hours and hours that you have to spend online marketing yourself. It’s a tough industry to break these days and I feel really lucky that we have got this far.

C: We have both been in this game for a long time now and have seen many genres rise up from the underground and then disappear. What are your thoughts on the current ‘deep house’ breakthrough, and where do you think underground music is going next?

L: Ah you know I like this debate. We could sit here all day talking about Deep House hitting the UK charts, the sound of Deep House now compared to what it was a couple of years ago etcetera. I think it’s noticeable lately that people are releasing in the Tech House genre on Beatport because there’s too much of the same boring stuff in the Deep House section now. But personally I think it’s great that dance music as a whole is getting noticed more and by the looks of it, the younger generation are appreciating it too, with House/Deep House easily taking over the British charts this year. Some people will say ‘it’s commercial’ but most of these tracks have been out for a while on the underground scene before getting chart success. And as for where I think underground music will be going next… we’ll have to wait and see what new genre Beatport come up with! [Laughs]. At the end of the day music is always changing and if it didn’t, life would be a lot less interesting.

C: When you first started out, you used to MC, while your brother span jungle tunes in the local youth club all those years ago. Can you spit us some of your bestest bars?

L: [Laughs] These bars are from back in the day so will probably sound a pile of rubbish now… here goes…

C: Wow… you are officially gangster.

L: Ok so final question…what is the most annoying thing about me? Think carefully, as this could mean the end for HSH!

C: Erm… where do I start? Just kidding… all the travelling together has meant I’ve had to get used to all the snoring and farting, so they don’t really annoy me anymore.

Him_Self_Her’s new EP ‘Love You Like I Used To’ is out now via Crosstown Rebels. Check it out below

How to get Signed to Crosstown Rebellion & get a Hï Ibiza Residency
Grahame Farmer November 2, 2022 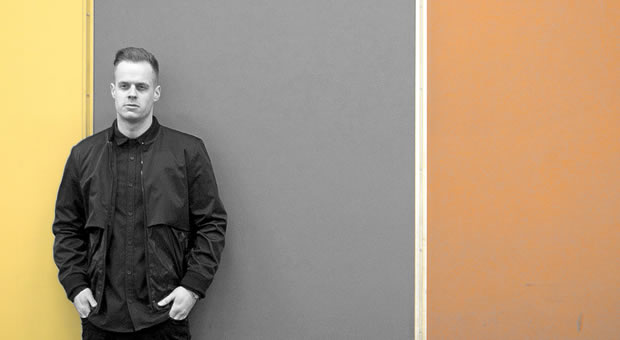