The weather may be bitterly cold, but Data Transmission is in high spirits as we arrive in Butlins, Minehead on a grey Friday in March. By way of several trains and a rather long bus ride, we’ve arrived to join thousands of dance music aficionados at the seaside resort, welcoming back one of the few bastions of hope for underground festivals.

Having seen five years of success previously, Bloc was cancelled back in 2012 after moving location to the now defunct London Pleasure Gardens. As many will remember, the organisers were forced to close the festival on the opening night, due to concerns for public safety when they discovered the new venue was still heavily under construction. Thankfully Bloc bounced back, and following the launch of the company’s new club in the capital, the festival has finally returned to its original home on the west coast.

With a line-up crammed full of techno’s heaviest hitters, and a smattering of jungle to boot, we can’t wait to get started; so after dropping our bags in our modest but pleasant chalet (and necking a couple of Kronenbourgs), we head off to ginormous entertainment complex, which conveniently houses all the arenas within 30 seconds walk of each other.

The first night belongs to the heroes of modern British techno. Kicking things off we catch the Livity Sound boys in action. Pev, Kowton and Asusu combine in perfect synchrony, offering up a hefty helping of warehouse vibes. Following a brief detour to the Houndstooth stage to see Second Storey (unfortunately his set proves a bit too intense for us, not reflecting his album as much as we’d hoped), it’s time for our other favourite trio of label heads – Ben UFO, Pearson Sound and Pangaea. The Hessle Audio crew prove themselves yet again – not that we ever doubted their talent – stepping up one by one to blend forward-thinking techno and electro in one of their now-commonplace three-way back-to-back epics.

There’s no better indicator of just how healthy our nation’s techno scene currently is, than these collectives. Their dedication to the cross-polination of genres and the evolution of non-standard beats has breathed new life into the underground scene over the past few years, bringing techno once again to the forefront of cutting edge dance music. As if to reinforce our point, the rest of our night is spent enjoying the lighter but no less creative sounds of Berlin-based Brit, Objekt, followed by the destructive forces of Blawan and Pariah’s new collaborative project, Karenn, which lives up to its already sterling reputation.

Day Two promises to be even more future-bound than its predecessor. First up, we enter the warped mind of Vessel, in one of the most intriguing live performances we’ve ever had the pleasure of witnessing. Venturing from harsh soundscapes, polluted with industrial noise, through pounding techno and something that reminds us of sped-up, overdriven EBM, we’re reminded of reality only by recognisable stems from the producer’s 2014 album Punish, Honey. The medieval drone that drives ‘Anima’ and the detuned whine of ‘Red Sex’ are evidence of the dark territories Vessel is continuing to reveal to the world.

After an evening of being typically frustrated by England’s performance in the Six Nations (the first half at least), we find ourselves relaxing into the “8-0-Motherfucking-8” driven rhythms of Egyptian Lover. Striking a balance between electro, g-funk and R&B, Egyptian Lover succeeds in his aim to get things hot ‘n’ steamy. Whilst pondering just how cheesy (yet undoubtedly effective) our host’s best chat up lines might be, we spot Aphex Twin lurking around at the back of the room – unfortunately rumours of a surprise set from him prove unfounded.

As the night progresses, Moodymann steps up to the plate with his signature cocktail of techno, house, disco and hip hop. Of the latter, a few classics get the crowd roaring – it’s pretty much impossible to go wrong with a bit of J Dilla or Kelis after all – and the Detroit man hints that he might pop behind the bar later to serve up a few lucky punters; of course he will, he always does.

For our first stint in the main room, man of the moment, Jon Hopkins, takes us into the early hours of Sunday, before aggressively avant-garde duo Autechre take us on a mind-bending excursion through dirty electronica. Simply the fact that Saturday – generally viewed as the most important day of a festival – is led by such a wide array of experimental acts, goes to show how important Bloc is to the progression of electronic music. Focussing in on artists who reject the climate of retromania (or at least utilise aspects of the past to transition smoothly into the future), gives us hope that we may break from the ever-shortening loop that dance has become stuck in.

Admittedly though, we are suckers for a bit of nostalgia too, and if there’s one period of history we simply can’t resist, it’s the glory days of jungle. Sunday therefore, sees us head to the Red room, to join the small but dedicated collection of drum & bass fans who’ve been waiting all weekend for their fix. Veteran DJs, Source Direct, Doc Scott and Randall queue up one after another to serve out expertly mixed helpings of both contemporary and classic tracks, complimented by the ever-entertaining musings of SP:MC. The likes of Photek, Bad Company and Dillinja (‘Nasty Ways’ anyone?) are thrown out left, right and centre, along with brand new music from Mark System and Calibre. Despite the “it’s not like back in the day” attitude drum & bass has become associated with, the genre is in fact thriving at the moment and it’s down to the old headz’ support of the up-and-comers that the scene continues to push ahead instead of wallowing in self-pity.

As we close out our Bloc 2015 adventure with a magnificently orchestrated jungle set from Ben UFO (a spectacle this particular writer is very pleased to finally tick off his ‘must-see’ list), we’re pleased to be able to welcome the festival back with open arms. We leave with a surge of excitement, not only for the 2016 edition, but also the prospect of a year filled with innovative music from enlightened artists; brace yourself, la Révolution has begun. 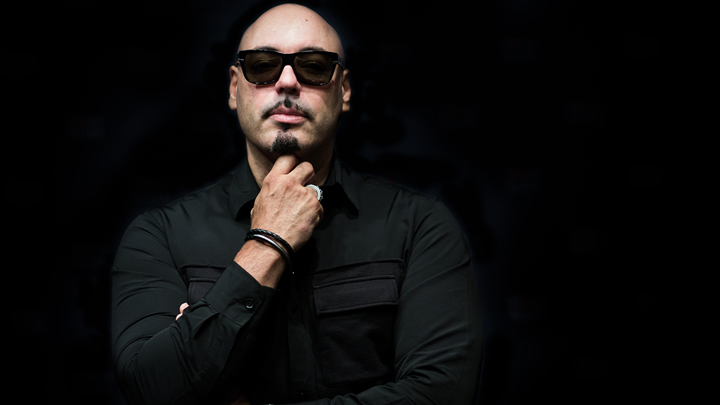