Juan Sanchez is a name that has tickled our interest for quite some time. A regular on the Dutch scene, Sanchez has been moulded by the effervescent rave culture of Holland since he was a teenager. Having roots in the genre dating back to the mid 90s, it’s no wonder his output is nothing but impeccable. 2015 has been an especially great year for the Amsterdam based techno producer and DJ, dropping a number of memorable releases on Adam Beyer’s dance floor dominating Drumcode imprint. Now a bona fide member of the global techno elite, he also launched a label of his own, Format Records, which has quickly forged a fierce reputation for serving up stomping techno as Juan continues to grow develop his stable, growing his small pool of techno trustees into an extended family.

On a cold November’s night in Germany, we caught up with the man himself shortly before he made his Berghain debut for Drumcode’s hotly anticipated takeover. For those of you wondering he smashed it out of the park and we didn’t get home until Monday…

For those that aren’t familiar with your music, how would you describe it?

Energetic. Melodic in a way, but more in a minimalistic way. I’ve been producing for almost 10 years now and to be honest it’s only been from about three years ago that I’ve been where I want to be. So it took eight years. I’ve been making music since I was little, I was a guitar player before. When I started DJing, the music changed over time. I flirted with all the sub-genres along the way but it has always been techno. It took me a long time to get to the point where I am now. I like dark sophisticated, energetic, classy techno – to have the music do the work as opposed to the effects. The best tracks are the ones with the least channels. It takes time to get there and understand how it works. It’s much harder to work with fewer elements and get it right. In the beginning you start crowding your track with loads of different elements but then you realise “Nah man! It’s the other way around!”

For sure. What was the scene like growing up in Amsterdam?

I grew up in a town 20 minutes away from Amsterdam in the mid 90s. I started listening to electronic music with my friends when they started DJing techno. We used to hang out and play on the weekends. We didn’t have a club or anything in my home town so we just made our own fun. We used to go to various clubs in Amsterdam when I was 16. We used to go to Mazzo which was a famous techno club in the 90s and of course we went Awakenings – that changed my life! I’ll always remember the first time I walked into the Gashouder… That’s when I thought “This is what I want to do.”. I was still playing guitar in a band at that point.

What sort of stuff did you play?

Progressive rock! Pretty complex rock music with odd rhythm changes and all that kind of stuff. Pretty technical. That changed pretty fast after that experience! I always knew that I wanted to be a professional musician. Then with the band, you have five people and you have to agree on everything. You have to agree artistically, socially and money wise. So sooner or later there will always be trouble. So when I found this, something I could do on my own, whenever I want, that suited me reall well. I mean, in Holland, growing up the scene has always been so rich and involving and has been growing and growing ever since. I think we had a little dip around 2000. Most of the clubs closed and the scene started to die a bit. The summer festivals kept everything going. Then at one point all these new clubs start popping up around seven or eight years ago and now, with ADE such a firm fixture in the clubbing calendar, Amsterdam has totally transformed. Everybody supports electronic music here now; even the government support the movement! We’ve got 24 hour licences for clubs and even have a night mayor. He’s travelling around the world and telling people of the benefits for of a strong night time economy for cities. I realise how lucky I’ve been to grow up there.

London seems to be going through a bit of a lull at the moment. Perhaps we need a night mayor! Techno is a very broad term, what artists would you say define the genre for you?

It’s hard to say. For me personally, the artists who influenced me from when I first started out that and I can still hear in my music today have to be Dave Clarke, Laurent Garnier and Richie Hawtin. They are three totally different artists but I think I took some bits of influence out their style. I started playing because of Dave Clarke – when I was young I liked all his tricks and weird stuff. I was amazed by how he approached the music and the energy he brought. My techno has to be energetic, it has to make you dance. For every situation you have perfect music and for a dance floor – for me – that’s techno.

Another Dutch techno artist once told us that musically, given long enough all roads lead to techno and that everything else is just practice! How do you source new music? Do you find yourself crate digging much these days?

I used to travel for this man, I used to go on holidays just because there was a record store I wanted to visit! I used to walk around the cities and just go through every single crate. That cost me some relationships! It felt like it wasn’t an option, I had to do it! It was like a sucking energy, when I knew there was a store nearby I had to go there. Eventually the whole digital music era started and at one point I stopped buying records. I started downloading. I did the other thing for quite some years, so I think that’s important for your basis. I’m very grateful that I’m from that generation. You can’t blame the kids right now, I mean why the fuck would you go and do it the hard way, if you can do it the easy way? I mean some do and I think that shows. Unfortunately I don’t get to play vinyl anymore, I record of my old records and re-master them. 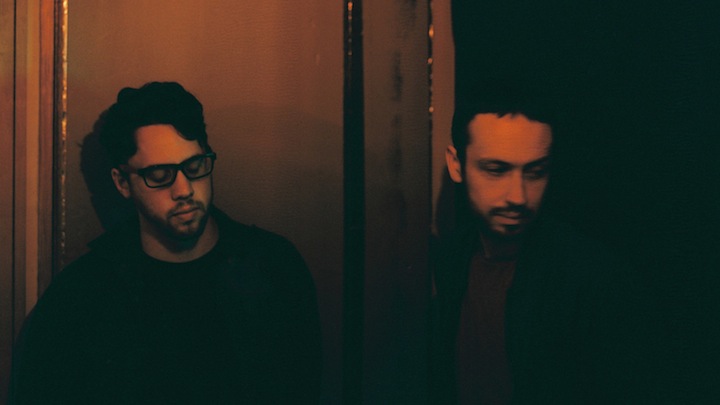