It’s refreshing to hear that you don’t have that superstar DJ attitude. I’ve had first hand experience with Dice where he was happy to make time to pass on advice to someone lower down the ladder.

Exactly. He is very thankful and grateful. He’s very humble and that’s where I come from too. You see I left my home in Mexico and went to a completely foreign country, then when I was in Ibiza to make it I had to start somewhere. I used to put up posters, hand out flyers and give away my CDs. I didn’t get anything for free, there was no charity you know. A lot of people will say that I was Dice’s friend and that’s how I got there but it wasn’t easy like that.

You need to be very humble and always remember where you come from. If for example now someone comes and asks me for a track ID I have to think back to fourteen years ago, because that would have been me asking Craig Richards. If someone asks for a picture or advice I try to make time for them. If you really do this from the heart I don’t think you forget the time when you started out and how things were back then. You need to keep your feet on the ground because once you start thinking you’re a superstar people will see that. With social media nowadays everyone can see how you behave. For me my main priority is to be humble and to never forget where I’ve come from.

You’ve reached the point where you don’t need to promote yourself by releasing music as your reputation speaks for itself. Nonetheless you continue to do so and I’m really liking “The Daggers EP” that you mentioned, with Hanfry Martinez and Javier Carballo. With a number of in demand artists featuring on the release I imagine that’s taken a while to put together.

It’s probably been in the pipeline since the beginning of the year. I’ve been a really big fan of Javier and Hanfry’s work for a while and that’s how we met. I found them on Facebook and sent them a message to say that I was a big fan of their work and asked them to send me some more of their music. They sent me some, I sent them some music too and then they booked me to play on the Canary Islands. These guys are like a big family out there, they are a big group of friends who go out for dinner first and then to the club. Some of them will be flyering, others are the sound engineers, everything is covered in-house. The first time we met was amazing; the way they accepted me into their family, I can’t explain how that felt.

Hanfry lives in Tenerife and because he didn’t come to the first party I met him when I played next in Tenerife, I also then met the other half of the family. Since then it’s been so good; we’ve worked together with my friends from One Records, Adam Shelton and Subb-An, and we’ve also done some remixes for each other. On my compilation for 1Trax that I did live in Tokyo I included five or six of their tracks and then one day we were in Tenerife and we just jammed. At that point we liked Livio & Roby’s stuff a lot and so I asked them if they would be interested in doing a remix, Guti was hanging out with Hanfry at another party and he said he’d do a remix…so it was actually really organic.

Where I’ve worked in a record store I’m very vinyl orientated and so most of my releases are on vinyl and I myself buy a lot of vinyl. I suggested therefore that we made it vinyl only. I’m super happy that the hype around it has been really good and everyone has been super supportive. It came out on 15 October.

It’s a great release. I particularly like the way the groove dominates in Guti’s mix. Going back to you turning 34, how do you go about maintaining interest and planning for the future as a DJ?

Travelling the world brings with it so many opportunities, for example I have my clothing label, of course at some point I will want my own record label but until then I keep myself vinyl-orientated, I’m throwing warehouse parties in New York, my Vatos Locos party at BPM… you have to be thinking about it as a business as well now. Sure, I’m not going to be DJing at 60 and so you have to keep looking for new interesting projects.

Finally, one piece of advice for your fans…

Well, if you really want to make it it’s possible. I started without a thing, just a backpack. I didn’t even speak English and was flyering and putting up posters. I just asked for advice and with persistence and hard work it can happen. You just need to keep your feet on the ground and don’t hate!

Hector plays Fabric, London on 15 November 2014 when Room 1 will be taken over by the Desolat crew. Look out for his latest release “The Daggers” with Javier Carballo and Hanfry Martinez, strictly vinyl only or his inbound H.P.I.C for Serkal 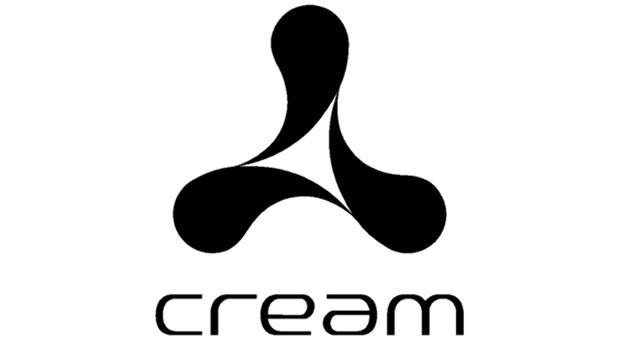