Holger Behn, is one of those infrequently encountered individuals, who combine a unique set of music production and DJ qualities, coupled with a strikingly outgoing personality. Interviewing such artists feels more like talking to a dear friend than conducting an actual interview.

Although H.O.S.H. had just recovered from a nasty cold and his voice was still a bit husky when I dialled him up, his spirits were high and he was already back in the studio working on a remix for Gui Boratto’s D.O.C. Records. With a remix of Of The Moon’s eponymous track, slated for release in November, a new EP and a remix for Kenny Glasgow set to arrive on My Favourite Robot Records, Holger reveals he’s really looking forward to rolling up his sleeves to remix a 20-year old track by André Winter to be released on Oliver Huntemann’s Senso Sound label.

Being a newlywed, Holger can hardly hide his excitement when he starts talking about this very special moment, shared with his closest friends and family in Ibiza this summer. Herr Behn is genuinely fond of Spain, with his recent relocation to Madrid being a testimony of this affection. In addition to the obvious advantages of the Iberian peninsula to the harsh climate of northern Germany, Behn admits he feels particularly inspired when producing in Madrid. Of course it’s not just the studio vibe that matters, there is also the food and the people of Madrid to consider with the latter seemingly the clincher in securing him from the clutches of Barcelona. “Barcelona has become quite an international city over past few years. It’s almost like Berlin on the coast with many artists moving there instead of moving to Berlin and I understand completely, because the weather is so much better.” You’d be a fool to argue with him. Unless you prefer the grey chilled air of the German capital, in which case we’d invite you to spend your next summer in the UK rather than the sunny shores of Ibiza. “Have you ever thought about winters on island?” he enquires, giving us food for thought. The idea that life ceases to exist on the White Isle after the closing parties in October is a common misconception but we still struggle to see the appeal. Wouldn’t it be celebrating New Year’s Eve at an abandoned amusement park? No, he reassures us, revealing plans to relocating to the island as the mercury begins to drop. “Ibiza in the winter is going to be a totally different experience, I think. It will be very calm or at least I hope so!” With attending at least two parties per weekend part of the in demand DJ’s job description, he’s not really looking to relocate to a party epicentre and he’s looking forward to the idea of enjoying the serenity that reportedly accompanies Balearic winters. “There are not many parties going on in Ibiza during the winter. Sure there are some private Villas parties and Pacha is open all year round but since I probably attend too many parties already it’s good to have my space. I mean, I never go out in Madrid during the week. I just go to restaurants and the restaurants are super in Ibiza. So for me it’s not a problem that it’s going to be quiet. Maybe other people see it differently.”

Restaurants seem to be very important to the German producer, who has shared on multiple occasions that he has a soft spot for cooking and food in general. Rumour has it that he’s quite the chef himself but he plays down the extent of culinary skills simply stating that he just really likes to cook. So what’s on the menu? Not fish apparently, his fondness of Spain and its culture not translating into a taste of seafood. What does he like then? Gazpacho. Most people are only familiar with the traditional tomato-based gazpacho or its slightly more more exotic avocado interpretation. However, they could surely learn one or two recipes from the Diynamic-roster member, who reveals to us the existence of a melon and strawberry based variation of the traditional Spanish formula. Not only do this taste heavenly but it’s also allegedly a great hangover remedy for all of you party animals out there. We can’t think of a more civilised way to get back on an even keel after a big night before.

Discussing recipes with a cuisine connoisseur such as H.O.S.H., stimulates our appetites, so we change the subject and what better topic of discussion than the outgoing season in Ibiza? With this year’s summer season on the recreational party HQ overshadowed by a wave of shutdowns of numerous parties by the authorities we enquire as to how he saw it, with Diynamic’s planned parties at Beachhouse being affected. Despite much speculation and accusations of corruption on the part of Ibiza officials and the big clubs, the reasons behind the closures remain unclear. Holger places the blame on politics rather than criminality. “It’s become easy for people to blame anything they don’t like on some sort of ‘Ibiza Party Mafia’. That type of thing has happened before but I don’t think this was the reason this time out. People have their goals at elections and at the next elections they have to fulfil their promises from the last elections, because that is why they have been elected, so perhaps they just had to be strict for some time.”

With club closures seemingly and new festivals being announced every week we ask which Holger prefers to be diplomatically told that he doesn’t discriminate. “It always depends on the vibe, for sure. I’ve had as many magical moments with big crowds as I have had with small. What I don’t like about many festivals however is the super short slots some of them give artists. You have to prepare differently for it and you actually know exactly what you’re going to play beforehand. Longer sets, that you usually have in the club, make it a bit easier and allow for more spontaneity. As always though it really depends on the crowd. You can have a super big festival with a very nice crowd or a club with a super nice crowd. I wouldn’t say I prefer one over the the other. ” 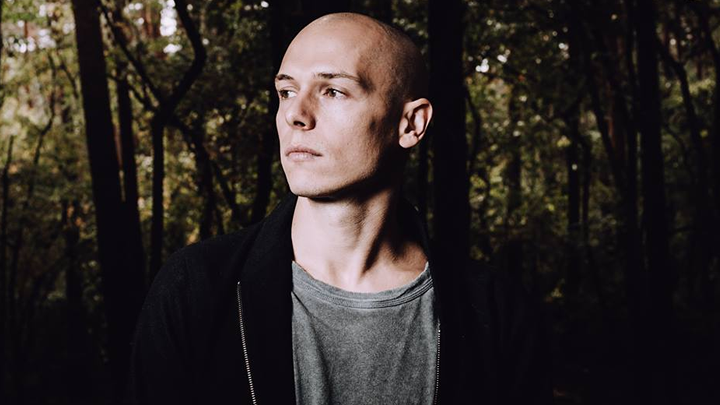