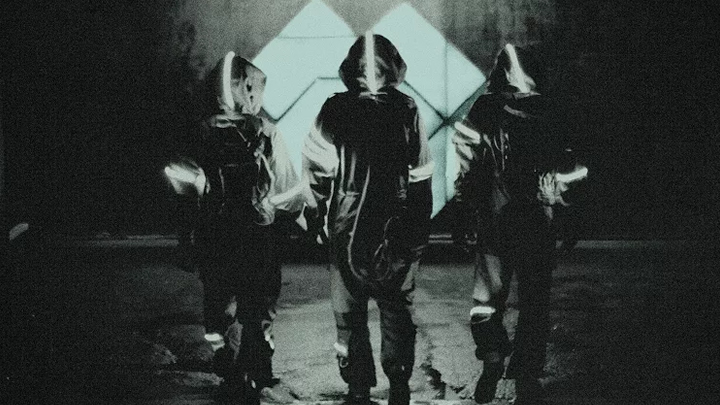 Gudrun von Laxenburg are one of the most renowned indie electronic acts to hail from Austria, with critical acclamation across both national and international press. Their debut LP Panic! alongside its cinematic videos gained worldwide attention, resulting in sold out shows and a sleuth of festival appearances throughout last year. That comes  as no surprise with the popularity of their live show, which features futuristic LED-suits, startling light set-ups, dancing unicorns and incredibly sweaty audiences.
The band return with their first single following Panic!, bringing the vocalist Carlos Hufschlag on board, known through fronting the band WOMAN. Hovering over a gloomy beat made from modulating synthesizers and pulsating drums, the vocals stand out in an almost supernatural way. The track expresses feelings of deep anxiety, but at the same time relief from it and yet again Gudrun von Laxenburg manage to trigger a cinematic image within their listeners heads.

With their new single “Brawler” out now, we asked them to give us a club guide of their home town Vienna.

They said  “There are a lot of great and already known party venues in Vienna. Like: Grelle Forelle, Flex, Pratersauna etc. We thought, before giving you the same clubs and venues as all the party guides, we’d show you a little bit more about the not so well known- but wicked – underground club scene which even Mozart would go crazy for”

The Werk Vienna is a crossover venue for art concerts and it has some crazy party formats. It’s about 100 meters from the club Grelle Forelle and it is a spot for every known artist in Vienna as everyone has played there. We all love the familiarly of its hosts and bartenders.

In the summer, you can sit outside next to the River Danube, refresh yourself with a cold beer and wait until you feel like dancing again. Holidays at home! 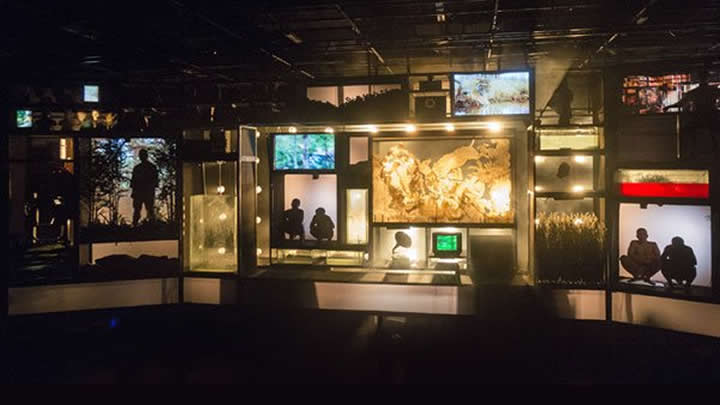 Setzkasten in Vienna is THE special tip for a visit in the city. If you want to feel like Alice in Wonderland and like you’re stepping into another world, go there. It’s an incredible art space. One small room, packed with people listening and also interacting with performances, installations and experimental concerts. Mostly you are not just listening and watching, you are already sitting in it. It’s a space of cultural freedom, unique in the city. 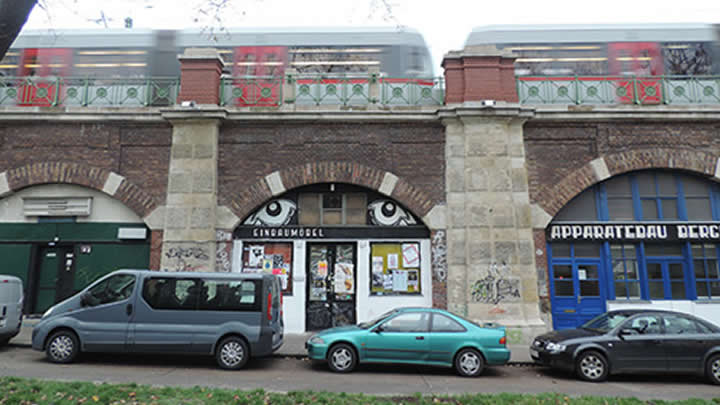 “Einbaumöbel”. The word stands for “built-in furniture“, but you won’t find too much of that in this one-room-club. When you walk through the door, you’re already in front of the stage, next to the bar and in the backstage area. It’s like a living room at a crazy house party. Instead of the typical clubbing behaviours, there’s cheap beer, nice people and good music that makes up for that. From Rap freestyle battles to live bands, you can expect everything but not predict anything. 1Baumöbel is the underground at its best. It’s also where one of the very first Gudrun Von Laxenburg shows took place – absolutely chaotic, but always a charm to remember.” 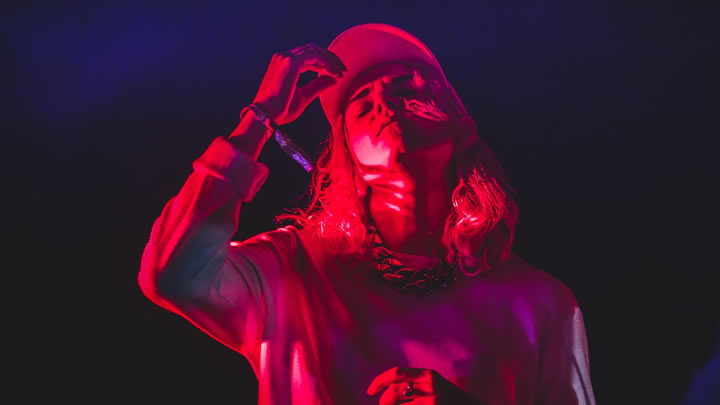