For the past 5 years, Groove Odyssey have played host to all the big names in soulful house music from around the world, including Louie Vega, Todd Terry, Kenny Dope, India, Kerri Chandler, Joey Negro, Ralf Gum, Bobby & Steve, Josh Milan, Julie McKnight and Monique Bingham. Whilst the record label itself has had numerous releases and two compilation albums (the latter mixed by MrV), Groove Odyssey also made its debut on the London festival scene this year hosting their own ram jam arena at the Ceremony Festival in Finsbury park.

Now it’s time to join their birthday celebrations! On November 8th we’ll see Ican Studios headlined by the one and only DJ Spen, giving you his killer beats, alongside Bobby & Steve, Neil Pierce, Sean McCabe and Nick Groove Assassin.  Flying in for an exclusive performance is the Gospel man himself, Kenny Bobien, performing all his hits and more!  Alongside this will be a Groove Odyssey showcase featuring artists performing some of their hottest releases.

Room 2 is 80’s & 90’s Soul, RnB and Boogie headlined by Soul 2 Soul legend Jazzie B with full support from DJ Bigger, David Bailey and Lloyd Life and on the terrace we bring you classic, deep and dirty House hosted by London’s ultimate House station, HouseFm.net.

This event is guaranteed to be a sell out, so we strongly advise you to get your tickets now and come and join us to celebrate Groove Odyssey’s 5th birthday party.

To buy tickets for this event please visit the events page: party tickets from Skiddle.

These tickets are on sale for party. Skiddle.com is an official ticket outlet for this event. All credit card purchases you make at Skiddle.com are encrypted through our Secure Server Technology 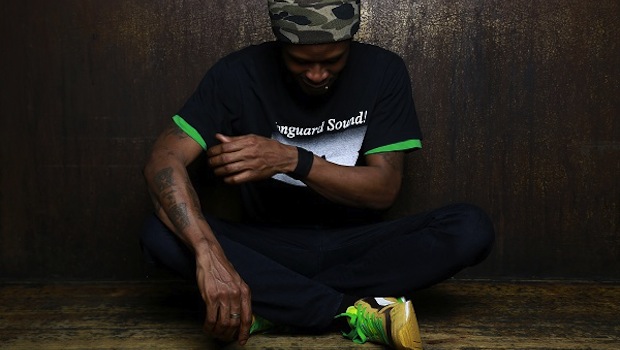