Last weekend saw the end of an era as party veterans Southport Weekender went out with the biggest of bangs as they enjoyed their final ever event in style. It was a weekend of firsts and lasts for us, our first visit to Southport Weekender as well as its last – and potentially our last visit to Butlins before festival season really kicks in and we head back to the dusty campsites and muddy fields. On arrival we noticed immediately the difference in the crowd compared to our previous visits to holiday camps so far this year – that being price of vehicles in the car park, it was evident that there was a different creed of attendees here this weekend.

Having arrived at midnight we headed straight to the Skyline Pavillion, nearly unrecognisable – having been made up with deep purple and red drapes which adorned the ceiling covering the not as appealing white canvas bigtop that is Butlins. As we entered we were met by an inflatable dome which took up the majority of the inner area, with built in cloakroom – something that other festivals might consider taking note of. As we walked into the belly of the SuncéBeat Dome Crystal Waters Gypsy Woman blared out to a crowd dancing with no reservations. There was no ‘shuffling’ or fist pumping here, instead there was a crowd of people dancing and, shock horror interacting with each with positive vibes being the order of the day. Rich Medina played The Drastics cover of Michael Jackson‘s Rock With You but we can’t help but wonder if this was simply an excuse to show off dance moves that were worth showing off. Without sense of pretentiousness or inhibitions, just good feelings and great variety of music it wasn’t long before we were already lamenting the loss of a festival we’d only just been introduced to and what we hope to experience again at the Weekender’s Croatian sister festival SuncéBeat – which we’re now giddily looking forward to.

Sometimes its the small things that make a big difference and as it to prove the point it was the nice little touches in the Dome and the other rooms that gave the weekend that extra bit of atmosphere, be it the trees inside the dome to the spectacular lights that drew you into the main room aka The Powerhouse. The room had been turned on its side since our last visit with the dance floor transformed into a tunnel lit up from start to finish, the screens that broke apart the lights on the ceiling creating a 3D disco passage to the DJ booth. We made our way to the front for Kerri Chandler, successfully dancing the entire way. Despite the room being full everyone you passed made a pathway to let you through with smiles lighting our path the entire way. We realise we keep stressing it but there were no egos here. None of any of the pushing, shoving or annoying chains of teenage girls aggressively barging past that so frequently kill vibes and marr nights. Put simply it was dance floor heaven.

Moving on to the Beat Bar, the Southport makeover couldn’t quite hide the fact that the place looked like a nightclub from the 90s – which is exactly what it is the rest of the year [Ed. anyone remember Jumpin Jacks?].  As they changed the stage over from the larger stage area to a concealed DJ booth it took a while for us to decipher the fact that Marcellus Pittman had actually already started. We hung about for a few tracks  a few disco tracks but the room began to empty and the mood dipped. Deciding to go with the crowd we headed over to the Connoisseur’s Corner where again the room was dressed to impress, this time with black drapes adorning every wall with splashes of gold breaking up the darkness. Mad Mats was playing out classic slow jamz and disco tracks, it was then that I experienced one of the most peculiar and inappropriate incidents in all my time attending music events. As someone who is more than comfortable dancing alone I have occasionally been asked where my friends are but never have I been asked where my “male supervision” was. I quite promptly informed him that I had a note in my pocket from my father and husband allowing me the night off…

After making my excuses and meeting my ‘supervision’ in the smoking area we made our way back to the Beat Bar for Seven Davis Jr. Having witnessed a questionable performance from Davis in Croatia last year I was unsure what to expect. Annoyingly many artists that deliver incredible work in the studio seem unable to showcase their talents in a live setting . However, I am always willing to give the benefit of the doubt, musicians are not exempt from having bad days and the pressure of live performance is enough to crack anyone. When his set began it looked I feared it was set to be a repeat performance of the last time I caught him in the flesh but after , some nervy moments he came into his own and the voice you hear in his recorded material shone through. The transformation itself made for a far more personal and true performance to end our Friday night.

Saturday morning rolled in and the sun decided to make an appearance as we sat out eating some of the best fish and chips I’ve ever eaten. Seemingly out of nowhere, and with no clear leadership the crowd began to spill over the mound we were sat on, down onto the grass below. It was at this moment that the motto Friends and Family Forever shined through in all the grinning faces below us as not a single person looked fazed by the 8am finish the night before. The crowd stood cheering with no intention of stopping, even as it began to disperse people continued to call out Heyyy to someone elses Hoooo. It seems like no-one was ready for the party to come to an end.

We start Saturday night where we had left off Friday evening, back in the Beat Bar for another live performance  albeit this time something a little different. Walking into the room we were greeted by the warmth of live brass and the kick of a full drum kit, it was Swindle performing live music mixed up with samples of tracks from a wide variety of dance music. Without doubt the highlight was their rendition of Joker‘s Purple City, a track that bizarrely cropped up a few times over the course of our weekend. The guys on brass really brought the performance to life with the keys’ stage presence all topped off with the thumping sounds of an incredibly talented percussionist. The performance blew us away with their timing and ability to work together as musicians and is definitely one to look out for over summer as a break from your average DJ set.

The name on the bill that had drawn me most to Southport Weekender by far had to be Romare, having unfortunately missed out on the opportunity to see him play twice before and having heard rave reviews from friends and peers alike I could barely control my excitement as Swindle came to a finish and his set began. But for some reason his opening was if anything, a little disappointing. The energy levels in the room were full to burst following Swindle’s explosive presence and Romare had in his hands the perfect crowd to play with but for some reason started off  by bringing the atmosphere down dramatically. As such we moved with the departing crowd over to the Powerhouse where the Kings of House: Louie Vega, Tony Humphries & David Morales were blasting out afro-infused disco bangers to a crowd that threw everything they could into the way they moved. The lights throwing their own shapes into the sea of sloganed t-shirts including – my personal favourite – ‘I don’t speak Italian but I speak Moschino’. However I was not ready to give up on Romare quite yet and we headed back to find the energy that we had hoped for originally – there’s clearly some kind of message here, good things come to those who…?

As 4am rolled in reality struck that we were coming to the end of our Southport Weekender, having foolishly not been able to book the Monday off work. And so as we waited for our finale in the form of Henrik Schwarz, we waited.. and waited and waited. It’s not for me to say why it was we were kept waiting, and from Schwarz’s attitude on stage it felt as though he just felt like it – and in this incidence I for once thought fair play, because the moment he played that first track it was obvious it was something worth waiting for. After a weekend of bangers and 4/4 Schwarz provided the antidote, something fresh and memorable to go out with a true bang. That is not to say that the weekend full of soul classics, disco smashes, hard house hammers and all night bangers was not incredible. It was everything – and more – that it said on the tin. We know understand the ethos of this incredible weekender, and our only wish is that we had found it before. Roll on SuncéBeat… 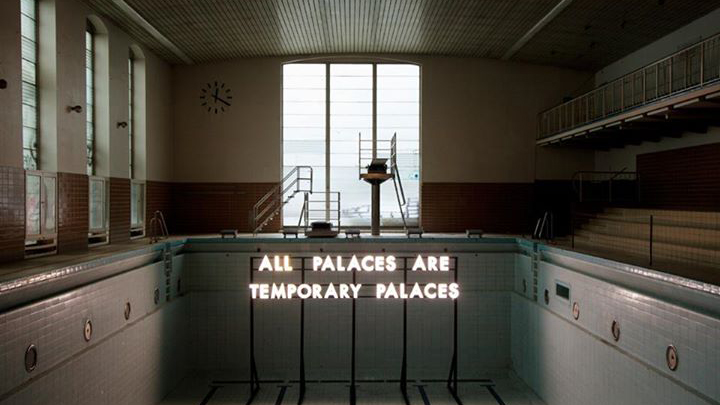