Norman Jay: “There is no such thing as the underground.” 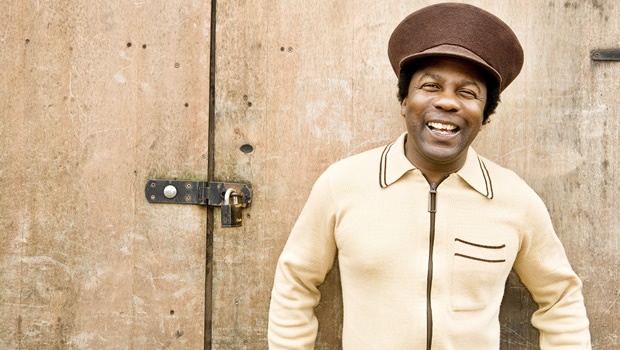 Legendary British DJ Norman Jay MBE needs no introduction but we’re going to give him one anyway. Having first come to prominence playing illegal warehouse parties in the early 1980s such as Shake ‘n’ Fingerpop, his varied musical tastes and deep knowledge of them coupled with his refusal to be restricted to playing from any single genre quickly marked him out from even the most illustrious of his contemporaries.

A giant on London’s legendary pirate radio scene in his youth and a fondly established institution at Notting Hill Carnival with his Good Times Soundsystem we caught up with Norman ahead of a hotly anticipated return to the decks for London’s Tuck Shop November 28th. Here’s how it went down.

Hey Norman, thanks for taking the time to speak with us.  Let’s begin by talking about you being recognized by the Queen for services to music. Do you feel you’re treated differently at all now you’re Norman Jay MBE?

It’s something I’m immensely proud of but have never really tried to capitalize on like perhaps some others who have received the honour have and still do. Consciously or subconsciously we all strive to achieve recognition in our chosen fields by our peers so to be recognized in such a manner was obviously something to be appreciated, particularly as it wasn’t for charitable work – admirable as that is – it was for services to music. I think I may be the only recipient to receive their award solely for a contribution to club culture and that means more to me than money or fame ever could. I didn’t get into music for those things.  I do find I’m always treated like a person when I travel to ex-Commonwealth countries which is pleasant. I’m not a Sir but if people insist…

Cool.  A sizable portion of your musical legacy owes a debt to the UK’s vibrant Pirate Radio scene. Do you see a future for the broadcasts in the age of the internet?

The internet has changed everything. From the things we consume to the manner in which we consume them and there is no going back regardless of individuals thoughts and feelings on the developments.  Nowadays everyone has access to technology that allows them access to music on an unprecedented scale. In theory each and every one  of us could potentially as powerful as Bill Gates when it comes to sharing an idea and of course that has lessened the importance of the likes of pirate radio, as we’re all able to spread or share vibe our vibe with likeminded individuals globally.

How do you feel these globalised developments have impacted on local scenes? What effects has it had on cultural hotspots like London?

London is and I think always will be a hub of creativity. I’m no longer as active within its music scene as I was earlier in my career but you only have to take a look at what’s going on within the city to see that it is just as relevant on the global stage as it has ever been. From youth culture to fashion to nightlife it’s a city that leads the way in many respects and will continue to do so. The reason for this vibrancy is its diversity.  There is an eclecticism that keeps the city at the vanguard of world art and culture. If there is something interesting happening then you can find it in London and whilst most of it may be irrelevant to you and your tastes it’s important that it’s there.

Broadcasting pirate radio is a capital offence in many countries yet in London and the UK it was allowed to thrive and that’s due to the city’s desire to continually evolve culturally and creatively. 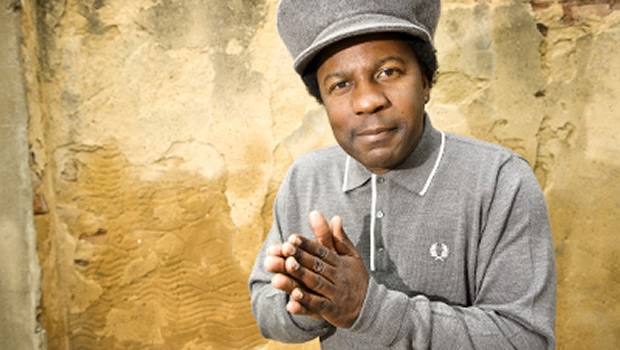 So you think creative cities will continue to serve as cultural hotpots albeit ones where ideas formulated on the internet may come together?

Yes.  The downside being that things simply move to fast in the online age and scenes do not get the time they need to mature before they are consigned to the dustbin of history as the next scene emerges.

Do you feel that crowds are less discerning these days?

Well, I’d say I definitely prefer the more discerning attitudes of yesteryear.  The new generation are working within different perimeters than mine did so naturally their collective mindset is similarly different.  Music is more disposable now than it’s ever been. It’s available whenever, wherever for free and things that may have slowly gestated over a few years now emerge within a couple of months.  It has killed the underground.

You don’t think there is an underground anymore?

There is no such thing as the underground. If you’ve heard it then it’s not underground anymore. Underground scenes used to entirely bypass the general population unless they created something good enough to capture mainstream attention.

I guess so. Returning to the theme of eclecticism. You’re a respected purveyor of a wide number of styles. How do you feel about the rise of one genre club nights as opposed to the smorgasbord of soundscapes we saw at events previously?

I never patronize my crowd and I trust them to come on a journey with me. Throughout my career I’ve always played what it suited me to play and having played so many different types of music I’m afforded the luxury where I can play everything I like.  The wheel has turned full circle. At Notting Hill Carnival I might begin the day with Beethoven and end with Drum & Bass. That’s the beauty of music. There are no rules.

You’re playing London’s Tuck Shop at Number 90 in Hackney. How do you feel about DJing these days? It’s changed a lot in recent years.

Well I’m lucky in that being an original grandmaster I make moves because I want to not because I need to and that allows me to be discerning. So of course I still love DJing otherwise I wouldn’t be doing it. It has changed a lot and I feel that I can enjoy the best of both worlds on that front.  I don’t want to live in the past but appreciate you can’t unlearn what you already know.

Cool.  With such an illustrious career behind you what would you still like to achieve? Do you have any regrets?

One of my greatest regrets is not learning another language.  I wish I could communicate in another tongue but take comfort in being able to communicate via the next best thing. Music is a universal language.

Goals wise there is still a lot I’d like to achieve,  the launch of a festival being chief among them. Ideally I’d throw a free party in London for 10,000 people. That’d be the dream.  I just need a wealthy benefactor to make it happen!

We’ll be in touch once we win the Euromillions Norman.

Make sure you are!