Getting the Low Down with…. Low Steppa 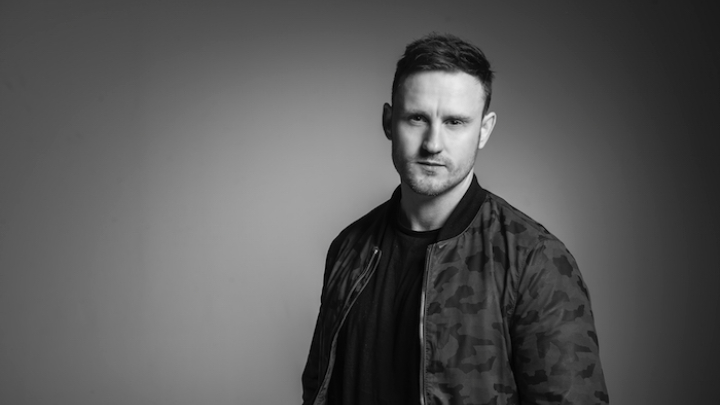 In just a few short years, Low Steppa has become synonymous with bass house to such an extent that it’s near impossible to mention one without the other. From his explosive bootleg of Route 94’s ‘My Love’ to playing BBC Radio 1’s Big Weekend, from Sankey’s Ibiza residencies to his Rinse FM show and all-conquering Simma Black imprint, Low Steppa is about as relevant and in-demand a DJ and producer as its possible to be.

2016, was another big year for Low Steppa with landmark gigs at Radio 1’s Big Weekend Opening Party, EDC Las Vegas and has become a firm favourite at Sankeys Ibiza, with his Monday night residency at Redlight for the season recently announced.  You can hear Low Steppa on UK radio station Rinse FM for his resident show every third Friday of the month from 1-3am.

This year he continues on Rinse and also plays B2b with Sonny Fodera at South West Four Festival in August, but  before that he plays our Data Transmission 9th Birthday Live Stream tomorrow from 6pm on facebook. 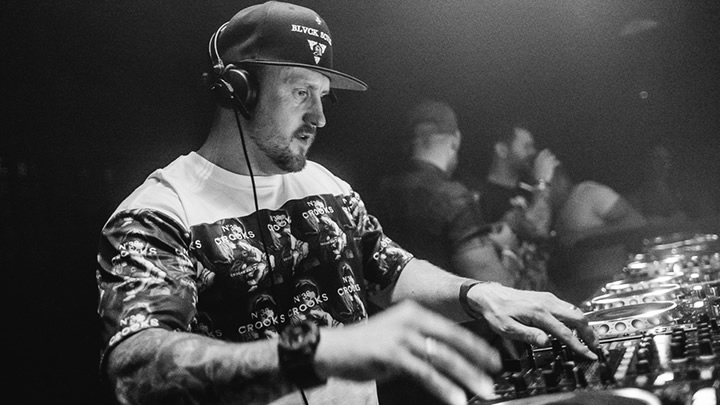 Hi Will,  I just wanted to say a massive thank you for taking time out of your busy schedule to do this Interview with me, it’s an absolute pleasure.
Low Steppa: Hey man, no worries I’m just on the road on my way home so you’re on the handsfree but yeah lets do it man!

You supported Bakermat on his sell out Circus shows in Brixton last week how was that for an experience?  how did this come about, it seems an un-natural pairing to have you on his shows?

It was really good because it was nice in a way not to really know the crowd – You know when i do my own show obviously I know they’re they for me but it was kind of cool not knowing how many of those people were actually there to see me and I think it’s a good challenge to try and smash a crowd when you’re not entirely sure if they even know who you are. 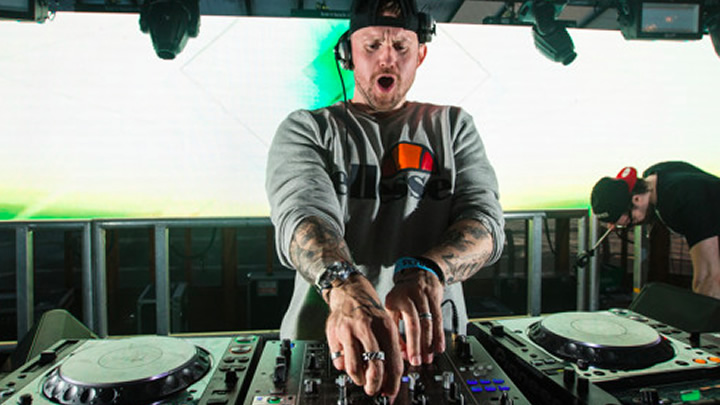 In the past you have been know for being one of the pioneers of the UK Bass House scene, but we’ve noticed in the last 6 months or so, you have been drifting away from that sound, which has mirrored by the output of releases on Simma Black, we love to hear your thought on the shift in sound?  do you feel the UK Bass house sound has run its course?
I do kind of want to move away from the bass a little bit just because i feel that certain style has really got rinsed and for me personally I’m a little bored of it as well but I always wanted it to be more house anyway because at some first people were labelling me as Garage and I didn’t understand that but I think finally people are starting to realise that I’m just doing House and it’s whatever style of that I want to do at the time – I still want to do heavier stuff I made something quite dirty the other night, I’m doing a collab with Billy Kenny and to be honest i’m just mixing it up to make sure I don’t get pigeonholed because I feel that’s really important these days as things are moving really fast and you just have to keep putting out loads of music.

We heard recently you were going to be working with Franky Rizardo and few others in collabs, have these now happened, can you tell us more about projects?
Franky Rizardo? I’m not sure about that one, I think we are talking about it but we haven’t started anything yet. I’ve got the collab with Billy Kenny and I’ve spoke to Tchami about doing something as well so that might be a cool one that could happen. Huxley hit me up as well but that hasn’t really materialised at the moment but you know theres loads of stuff on the cards, it’s just hard to find a time when everyone is available which is the trouble with collaborating with people. 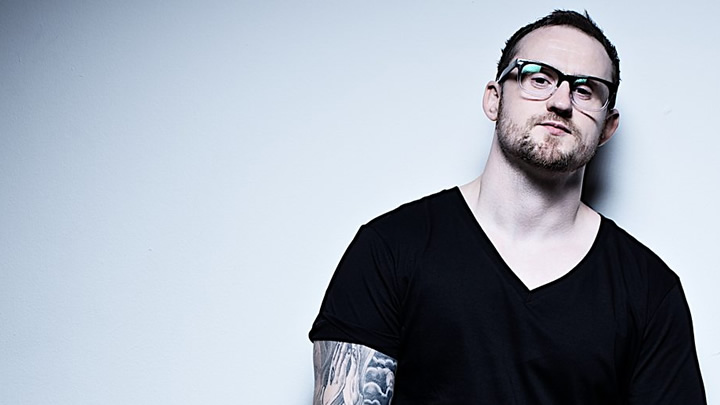 You have a monthly Rinse FM show, what do you go for when recording these shows. Are they a reflection of the music you are currently listening to or would you say they are a chance for you to play songs you wouldn’t necessarily play at a gig?
Yeah I think it’s exactly that, I love my Rinse show as it’s a chance for me to showcase what I love and maybe stuff, like you said, that I wouldn’t normally get the chance to play – I love Deep House but you can’t really say Deep House anymore as it’s sort of become a dirty term because it’s almost as if proper Deep House kind of got ruined by lots of stuff that wasn’t even Deep House so I do like my Rinse show to be deeper. It’s pretty cool when I go away to places like America and people are always talking about my Rinse show so it’s cool to know that its reaching people that far away.

Are there any exciting up and coming underground Artists that our readers may not of heard of?

I really like Greco I think he’s gonna do really well and Gerbert, he’s just remixed one of my new tracks I’ve done with EMan on Simma.

You’re often playing all over the place from venue to venue from country to country, since becoming a father has your regime altered, how do you keep the home/work balance in check?

It’s a tough one because they don’t really go together because as a DJ you wanna be partying all the time but I have had to calm down a little bit and make time at home but it is really difficult because you get home from a weekend and you’re just really tired for a few days. I’ve constantly got people asking me to listen to stuff but I think people forget you’ve got a normal life as well so it is a tough one but I wouldn’t change it!

Also whilst we are on the chat about travelling, what have been your highlights in the last 12 months?
I think it’s always amazing to go to somewhere like America or Australia and seeing people who know your music is something that never gets old. I like the festivals as well – Reading and Leeds and V Festival, you know I was going to V Festival when I was at school so playing these festivals a few years down the line is always a good feeling.

If you could do a B2B set with any DJ who would it be?
I’d love to play with someone old school again like Erick Morillo or Roger Sanchez. One of those guys who’s got loads of energy because I really looked up to guys like that.

I wanted to chat music production with you, can you talk us through your process, how do you start, where do you take inspiration from?
I always like to sit there for a little bit and listen to new tunes, maybe jump on Beatport or listen to my promos because I think inspiration is the biggest thing for me when making stuff. I think its important to keep listening to a lot of music and I think you’ve always gotta have some kind of Idea of what you want to do.

What’s the best piece of kit you’ve brought recently & why?
I do need to get loads more stuff, I’m getting a new iMac in a few weeks because I’m a bit dry at the moment, my computers old and it’s a bit of a nightmare to work on now. I’m mostly using software at the moment but i’m definitely gonna get some more outdoor gear when I update the studio in a few weeks.

As any DJ should be these days, you are pretty handy when it comes to social networks, what are you favourites, which do you feel work at the moment for promoting yourself as an artist and what tips do you have for young djs in this field?

For me personally I’d say I like Instagram the most, I’m not mad on Twitter but I use it because I guess you just have to use it really. I will say even if you don’t like using Social Media, you’ve really got to figure it out and use it because if you don’t I think you need to either have the best records in the world to get anywhere or else its just hard to get noticed these days. You have got to put the work in, theres a lot more to just making music you have gotta work really hard.

Away from DJing, what do you like to listen to, what is your go to album to relax?
I listen to so much different stuff, I was listening to Led Zeppelin this morning – You know I love old stuff like Goldie and LTJ Bukem the old drum and bass. I don’t really tend to listen to much House music to be honest, I like to forget about it sometimes and just listen to other stuff. Like i said before I love the proper deep dusty type of tunes, theres a label called Toy Tonics and I love all the stuff on there. That’s why I do those dusty sessions, I do those purely because I love the music. 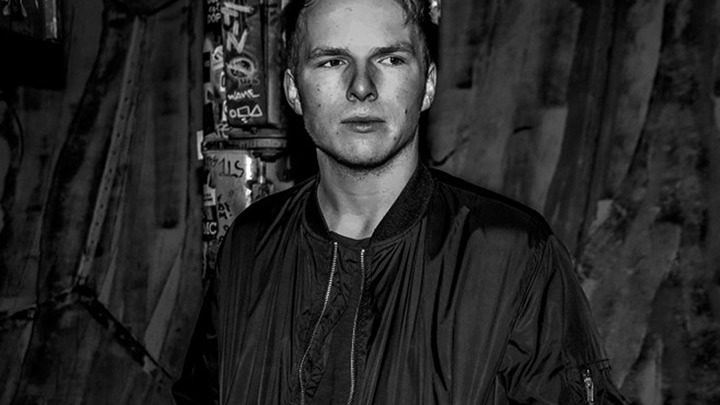