Getting the Balance right with Alex Niggemann

Balance Music continues on its quest to champion the world’s most talented underground house and techno heroes with its latest offering from Germany’s Alex Niggemann. Following on from efforts by Patrice Bäumel and Darius Syrossian this year, he steps up to the plate with an emotive, murky, and deep selection of grooves.

While the stylistic context of his musical vision may have evolved over the course of his career, Alex Niggemann’s work has always been focused around deep atmospherics and mysterious melodies. Through releases on Poker Flat Recordings (including debut album Paranoid Funk), Watergate Records and Sasha’s Last Night On Earth, he has built up an enviable body of work that never falters. His AEON imprint has also seen him play tastemaker in another sense, bringing through names like Speaking Minds and Denis Horvat, ensuring that he is constantly plugged into the most exciting new and established talents alike.

We at Data Transmission managed to catch up with Alex to discuss his upcoming mix series release with Balance Music, his next London show at  Anomalia Presents: Alex Niggemann, Fur Coat & Somne on November 25th at The Steel Yard, London and more..

Hello Alex thanks for taking the time to speak to us at Data Transmission, I would like to start on discussing the Balance Mix Cd that is due for release soon, What are your thoughts on this and how did you approach it? I have heard that putting together a mix cd can be very challenging.

Alex: It has been very difficult and challenging there are specific factors that are not so obvious, one being licensing, if you have a specific track in mind you have to make sure that it is licensed, this has been a long process. The track selection for the mix was the hardest part because you have so many tracks in mind that you are thinking of using, and although you can take inspiration from your own DJ sets, it is hard to get that final selection, as it needs to fit when listening at home as well.

I would like to touch on your next London gig for Anomolia at the Steel Yard alongside Fur Coat, what are your thoughts on this event and playing in London in general?

Alex: I am looking forward to this gig, I am always in contact with Fur Coat and think the venue is amazing and will suit the style of music perfectly. It seems the line-up shares similarities as each DJ likes to provide emotion to the crowd.  The way I describe my music and my sets is Melancholic I like to provide a feeling it’s hard to describe the mood but I want to create an emotion that has a range.

I want to ask you about your hometown Dusseldorf, as it is a key city for dance music, which is sometimes overlooked.
Alex:  The scene on Dusseldorf was great exciting in the early 90s, there was a club called “Poison” which was well known across Germany and hosted some of the best Dj’s of the time. If you ask people like Derrick May they know about the club Poison.

Obviously what happened in the UK recently with fabric was tragic can you discuss Berlin’s current scene and how the scene is perceived in Germany.

Alex: Berlin will always be an artistic city, with many artists choosing to go there because they know they can thrive there. When the wall came down there were so many empty buildings and then Techno blew up, this created cheap rents and space for artists to create. The difference with Berlin is the party tourism and the money it brings into the economy, the government knows the value that clubs offer and therefore support it fully.

As a label owner do you find the Internet has benefitted you?

Alex : In a way yes but in a way no it’s easier for discovery but you definitely get an overload of information. I currently have 2489 unopened promos and it’s physically impossible to listen to them all you can’t handle it, especially when you have to do other things such as admin for the label. I don’t really like the approaches of today of simply sending e-mails and immediately expecting a response.

I agree with you I believe its much better to give something tangible to a DJ so they can remember a face.
Alex : Exactly that’s how it used to be

So Alex what is next for the future for you? What will you be focusing on in the coming months?
Alex : I am going to be mainly in the studio working on new music, as I will have less time soon due to me about to become a father. I am working on some music that varies but is more electronica rather then club ready tracks.

Is there anyone we should know about that you tip for good things in the future?
Alex: That is a tough question but I have to say AEON member Denis Horvat who also just released on Innervisions he is a fantastic producer who consistently makes great music I’m sure you will hear his name a lot in the future.

Il definitely check him out, my last question for you that I always ask is the tracks that have inspired you the most in your career?Alex  : Does it have to be dance music

That is a very hard question, there are so many, if I have to pick some I will have to go with the bell by Jeff Mills and Imagine by John Legend.  Great choice, I like the contrast. Alex I would like to  thank you for taking the time to speak to we are looking forward to some new music from you and also congratulations on becoming a father. 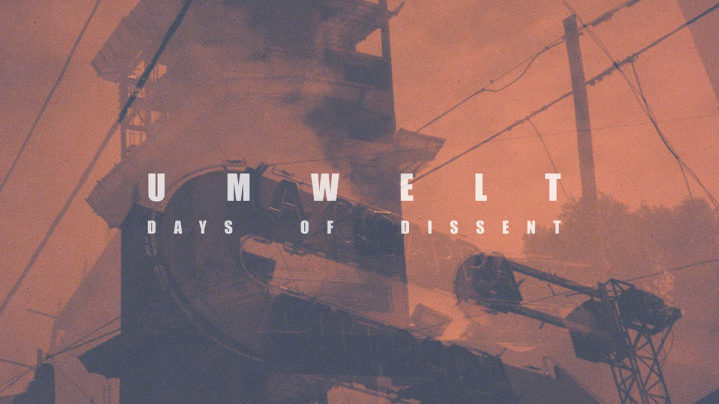