If all I gain from Doc Scott‘s Future show at Lightbox is another umpteen-year long search for ‘that tune’, then the night will still be a success. (After all, the track in question – whatever it may be – is so mind-blowing, that had the aforementioned Doctor decided to simply press loop instead of move on to the rest of his set, there’s a part of me that believes I’d still be in there; stuck forever like a screw-faced, leg-stomping version of Bill Murray.) But of course that isn’t all I gain.

Originally conceived in September last year, Future arose from a Facebook post by Doc Scott describing what he saw as a lack of progress within drum & bass. He was “tired of having all my best DJ experiences outside the UK” and wanted to hear DJs “pushing the sound.” The 31 Recordings boss promised “nothing big, nothing fancy, just about a good night with good music, on a good system, surrounded by people who still give a shit about this music and by artists who don’t just care about getting paid.” Online response was overwhelmingly positive, and before long, Future was official.

Named after the Doc’s long-running Future Beats radio show, the night itself only features 5 DJs, but that’s where it’s shaking things up: each plays for 90-minutes instead of the standard hour. Bring in my mid-twenties, I’ve only ever known longer set times as the occasional luxury (dBridge‘s 5-hour fabric performance anyone?) or something older ravers talk about wistfully. On paper, half-an-hour doesn’t even seem like it would make a whole lot of difference, but the impact is incredible. Every DJ makes full use of the extra time. Vromm‘s control of the warm up seems all the sharper, the growing intensity isn’t cut off prematurely; as one of most interesting producers of 2015, Damon Kirkham, aka Kid Drama, continues to impress with his variety; Commix proves why his name is still synonymous with cutting edge of drum & bass; Soul:R boss Marcus Intalex lets everyone know exactly why Manchester commands one of the most forward-thinking scenes in the UK.

But it’s not until Doc Scott finally takes to the decks that the key realisations of the night hit me; firstly (and most painfully), that I haven’t sat down since leaving the bar beforehand, and secondly (and more importantly), that I remember why I do this. Granted I’m probably way too jaded – “oh poor me, I get to write about music for a job” – but easy access has muddied the waters. And an increasingly fast-paced world does make it difficult to do nothing more than exist and listen. Future provides a wake up call. Outstanding music is still out there, we just need to take the time to enjoy it. 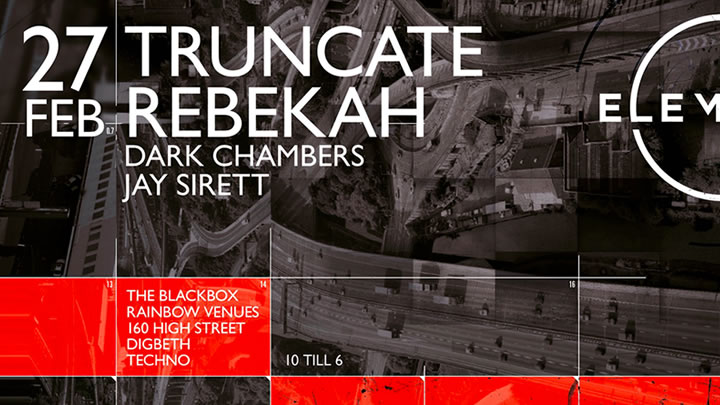