Frank & Tony: “In a lot of ways house music has become kind of sterilized and become something for white upper class people to enjoy. So with Frank & Tony we try to take our ego out of the mix and make it fun.” 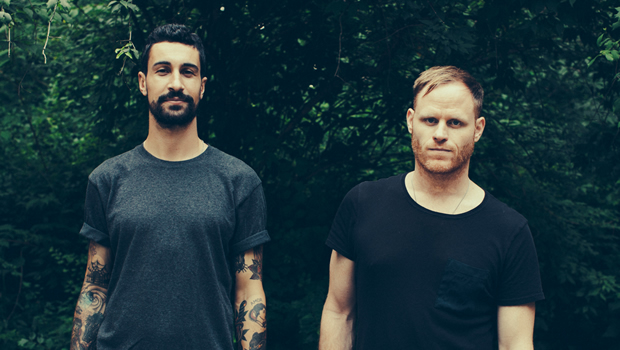 Francis “Frank” Harris and Anthony “Tony” Collins make up the New York duo Frank & Tony but they didn’t meet in the Big Apple; in fact they hooked up in 2012 after a few chance meetings in Paris. They formed the duo in order to point back to the old New York house music scene in a sense “that it was a place for the real freaks to come hang out” and create a fun atmosphere for everyone to enjoy.

Taking their ego out of the mix and pointing back to the playfulness, Frank & Tony formed their Punch Drunk Love concept to celebrate the communal experience that House music portrays. They tend to draw an eclectic crowd that is part hipster and part music connoisseur.

Their highly successful label Scissor & Thread started with the DIY, punk ethos in mind and quickly grew into the massive entity that it is today. Featuring a number of live acts on their label such as Black Light Smoke, Bob Moses, and the newly signed act Desert Sound Colony; Scissor & Thread has rapidly made a name for itself.

Frank & Tony have thus far released six EPs under the alias and recently released a full-length album entitled ‘You Go Girl’ in three separate parts via vinyl to lead-up to the full digital release that came out on November 17th. Vocals and live instruments make up the deep house sounds of the album featuring Beirut guitarist Jason Poranski and Gry as well as a collaboration with DJ Sprinkles.

I saw that you call your genre Sexy House, how would you best define this?

FH – That’s kind of a joke. The whole Frank & Tony thing is a bit of a parody, kind of a fun thing. The genre of music that we try to do kind of points back to old New York house music in the sense that it was a place for the real freaks to come hang out – it was gay black clubs, really mixed, lots of cross-dressers, it was a place for political subversion in a way. In a lot of ways house music has become kind of sterilized and become something for white upper class people to enjoy. So with Frank & Tony we try to take our ego out of the mix and make it fun. That’s why there are two trannies on there and we talk about “get your skates on” and it’s kind of pointing back to the playfulness. Which is not necessarily making fun of it but it’s more pointing to the way it used to be – like the kind of clubs Sprinkles used to play back in the day. It was a place where people could feel like they weren’t being watched or judged going to a house party. In a lot of ways that’s kind of a critique of who we are today – we are about judging, everybody judging everybody else. It’s like a big big popularity contest. So in doing something as ridiculous as putting sexy house as the genre on there, we are removing ourselves immediately out of that category and that game.

Your party concept Punch Drunk Love, how did you come out with this and what is the idea behind the concept?

FH – Well I come from the bar industry and Anthony and I both want to look into getting back in the industry. It was sort of like a way we would make the punch. A punch also gets back to the ethos of what a house party is – it’s all about community and what could be more communal than a punch right? So you make this punch, you get some bar people in there, some people who wouldn’t necessarily go to a house party because they are kind of intimidated by clubs or whatever. You invite industry people in there and then you kind of start to get more of a mix of crowd listening to the music. So it can become a more interesting demographic. 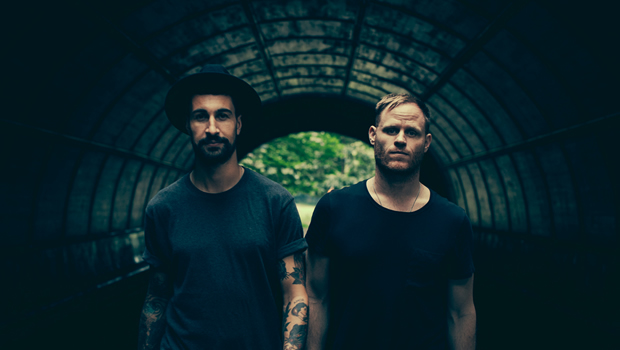 Scissor and Thread is a collaboration between yourself, Shawn who also runs Output and Halcyon, and Michael Scott from Atlanta. How did this collaboration come about and are you looking to expand your roster more in the future?

FH – Actually Michael Scott in our hearts is still part of it but he isn’t actual an official partner of the organization anymore. We have a new partner and it’s actually a company – a company from Germany, Superstition Network which runs Poker Flat and Halston and Dessous and like 10 other labels. It’s a big company and they basically are like the business side. Handling all of our statements, handling licensing, handling digital distribution, handling stuff like that. So it’s actually kind of like becoming slowly a proper company.

I think we grew a lot faster than we expected. When we started this thing it was just going to be like DIY style, a punk ethos kind of label where we just put out records for our friends but we had quite the success in the last few years. Michael was looking to do something else and we needed a partner that was really going to help us get the business side of things together so we could provide real statements and structure for our artists so they feel confident in what’s happening on the backend.

In terms of our artist roster, we have one new artist that we are debuting this fall. It’s a group from England called Desert Sound Colony. Their first single comes out in a couple weeks and second single out late January and hopefully album by next summer. That’s going to be our first full blown indie act. Bob Moses had an indie breakthrough but they didn’t really start there. This guy is starting there – I mean his first shows will be a 3 piece band and it’s going to be our first real band act that are going to be launched. So that’s our next gig.

I feel like things are kind of going back into that direction now, where there are a lot of people trying to do deeper sounding, more melodic, more musically inclined production. Now Francis, you just released a dub of ancient astronaut’s B2 on Nicolas Jaar’s label Other People. Have you worked with Nicolas before and are you planning any future collaborations with Nicolas?

FH – My album was the same thing, because he heard my album through our friend Justin Miller’s last minute and he was really interested and he really loved the sound and we wanted to find a way to collaborate on the last one we ended up doing. My album was actually first debuted on Other People to their subscribers so it actually came out on both Scissor and Thread and Other People. At the same time Valentin Stip is about to come out so he and I ended up doing a remix trade where I remixed him for Other People and he remixed me and then we actually did our record release parties at Output’s Panther Room the same night. So there has been quite a few collaborations. I can’t really say much more but there is going to be a pretty big project that is going to be happening on Other People in the near future.