Flying Dutchmen: Tsepo & Love Over Entropy Step Into The Spotlight

With fixtures including the Amsterdam Dance Event, a large pool of internationally recognised artists and labels, and counting storied clubs such as the now-defunct Trouw, the Netherlands is a global player in electronic music.

During the past year Tsepo and Love Over Entropy are two names that have emerged in a new wave of Dutch talent. A ‘DJs DJ’, Tsepo has become known for the sort of considered sets that propelled him to a residency at Trouw, which he held until their close. Love Over Entropy came to attention with his ‘Tonii’ EP in 2015, for which Dixon’s ‘Retouch’ of the track quickly became a summer anthem. Both men are tipped for further breakthroughs in 2016.

Ahead of their gig in London for Moodroom Collective at London’s Red Gallery this Saturday, we caught up with the pair to talk about their origins and the state of play for electronic music in the Netherlands right now.

How did you both find electronic music? Which records or parties, in particular, were pivotal for you?

LOE:  I got into electronic music around 1989. My entrance was via Eurodance, but I quickly developed a love for Detroit techno and the kind of music that Warp were releasing. For much of the 1990s I was into IDM and Drum and Bass. When minimal came along in the 2000s I returned to House and Techno but by then had lost my appetite to go to parties regularly. I wouldn’t say that what I do now is the result of my clubbing days, but I will usually stick around when playing to see others perform for inspiration.

Tsepo:  My first experience with electronic music was at the age of 7 or 8 when my parents got me a CD with gabber and house. I listened, and still do listen, to K&D sessions by Kruder & Dorfmeister. That was the first mix CD I listened to where I thought “How did they make these transitions so smooth”. For me it’s still one of the best mix CDs ever made.

LOE: Two pivotal records for me are ‘The art of stalking’ by Suburban Knight (sometimes also called ‘The worlds’) and ‘Nort Route’ by Balil. The former showed me how otherworldly electronic music could be; the latter how beautiful and emotional.

Amsterdam has become a capital for electronic music in recent years. How do you find it measures up to the press? Is there a strong connection between producers there?

LOE: Questions like these make me think though why as an artist I’ve never really been part of a scene! I’m not into the scene and generally don’t follow the press. Maybe it is because with any scene comes pack behaviour. As with any community, rules develop about what fits and what doesn’t. Not only do I think this is very tiresome, it would probably also hold me back as an artist. I’m all for connecting with likeminded artists, but only to make me move forward, not because they happen to live in the same city as I do. I hooked up with one of my favourite artists recently, LA-based producer Jon Charnis. During one of our conversations he told me: “You make me wanna do better music”. Apart from that feeling being mutual, that’s what connections between producers are about for me.

Cool. Tsepo, you’ve played all throughout Holland this year – Trouw withstanding, what venues and festivals have deserved attention?

Tsepo: Paradigm in Groninger! The sound is really good; the venue is really good, the crowd is really good – I think that says a lot!  In Amsterdam, Studio 80 were doing a good job until they closed; De School, the club by the group that made Trouw what it was, is another really, really, good club too.

For me though, the best venue in the Netherlands is Woodstock 69. It’s located on the beach and opens in the summertime.  I played with Konstantin Sibold (pictured above) this summer, such a fun place. When you run a beach venue in Holland you have to break it down and put it in storage during the winter. Unfortunately the storage facility burnt down about a week ago.  They’re currently trying to rebuild the set so I think it should be back open in summer.

The best festival in my opinion is Lowlands Festival.  I played there last year, and before I played a lot of friends told me, “This is going to be your favourite festival in the world.” I was the start of the night programming and Skepta closed the day schedule on the same stage.  When I got to the decks the whole venue was packed with sixteen to eighteen year olds and I thought, “Wow, this guy must be really, really big.”

There was a one-minute changeover and when I started I thought, “I have to do completely my own set as it’s a big festival and I need to be my best.” I didn’t want to crowd please that early into my set in order to keep any lingering Skepta fans.  I was booked to play my way, not as the DJ to play after Skepta.

It’s an incredible festival. It feels like a small village and you can expect really diverse programming. You can do what you want, you can dress how you want, you need to go and see it for yourself.

You mentioned Trouw, how did you come to get involved there?

Tsepo:  I was already in touch with Nuno dos Santos (who runs Something Happening Somewhere, home to Love Over Entropy’s first EP) through Soundcloud. He had uploaded a track he produced called ‘Hamming’ that I really wanted. We got talking; he listened to a few of my sets and introduced me to Olaf Boswijk.

What made Trouw, and your time as resident there, so special?

Tsepo: I think everything was in perfect balance: the staff, the room, the DJs that were booked and the crowd. The most memorable moment I had was walking into the club for the first time: it was love at first sight.

LOE, when did you start producing? Is Love Over Entropy your first project or one of many? Is there a backstory to the name?

LOE: When I moved to Amsterdam in 1992 I met some people with synths and drum machines, which inspired me to get some gear and start exploring myself. I started producing around 1993, but it wasn’t until 2001 that I first began releasing music, and under a different name. As for Love Over Entropy, it’s not just pretence. The name means something to me and helps me make decisions as an artist. It gives flavour to what I do, so to say. It’s a decision of mine that I do not explain what it means – there’s a joy in making meaningful connections yourself, and I would not want to take that joy away from anyone. 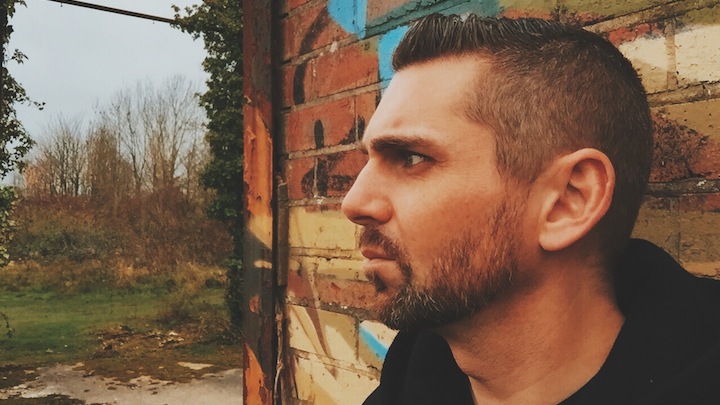