As humans we naturally crave knowledge as well as sharing it, and the recent uprising of social platforms has helped aid this characteristic trait. Eton Messy began in 2011 as a YouTube channel by university student Adam Englefield as a way to share his current favourite tracks for house parties, featuring the likes of Disclosure and Bondax. This soon culminated in sold out club nights and hosting stages at Outlook and Gottwood.

However, before this came Feel My Bicep. In 2008, this blog was a vehicle for old school pals Matt McBriar and Andy Ferguson to upload obscure funk, disco, techno and garage vinyl they’d collected over several years. Through their own jacking productions (which got the attention of the guys at Throne of Blood in New York) and DJ requests they gradually worked their way up to a monthly Wednesday night residency at the now sadly defunct Plastic People as well as being mainstays in We Love… (Ibiza), and earlier this year it was announced they’d be the next guests to host a 13-week residency at the capital’s XOYO, inviting highly-sought after selectors such as Jeremy Underground, Derrick May, Omar Souleyman and Nick Höppner.

McBriar and Ferguson are no strangers to Manchester’s Warehouse Project, having played there the last few years and for this night, they handpicked a line up that served as an early Christmas present for many. Starting as the night meant to go on, a b2b set by Ben UFO and Jackmaster in Room 1 could have meant little else other than debauchery and grooves ready to break some hips. The funky bassline of Body Jerkin’ by Peven Everett & Stacy Kidd interwoven by 90’s strings was a perfect parallel to Dope by Butch; both on the more laid back end of the spectrum before making way for the more bass-driven trembles of Seiji‘s upbeat remix of Tubby T‘s Ready She Ready.  The wonky glitches and hard-hitting percussion of Boddika‘s Ratta indicated the night was ready to take a darker turn, while The Black Madonna in Room 2 enthusiastically spun her way through a house-tinged melting pot of techno and disco, including the arpeggiated bleep haven of Disc Error‘s remix of Kraftwerk‘s Home Computer; its off-kilter and robotic themes an honourable nod to the original. Having already been a guest via Bicep’s XOYO residency this year, Marea Stamper, aka The Black Madonna, has spent the recent years reaping long-deserved respect, especially through her straight up talk and support for women in the music business.

Taking to the decks after Stamper was Daniel Avery, whose psychedelic acid-techno made way for harder numbers, though back in Room 1 the hosts Bicep were limbering up for their party. Known for their diverse sets that only showcases their passion for sharing music across a wide spectrum; the atmosphere rollercoasted between the light-hearted and the dark, as the shuffling percussions of Junq‘s From Below ripped out through the speakers and whose persistent bleeps rippled through the crowd’s helpless limbs. A journey back in time gave way to hi-hats synonymous to the 90’s and foot stomping basslines and synths with Unknown 909‘s edit of 808 State‘s Cubik. The urgent notes of Bicep’s highly anticipated remix of Isaac Tichauer‘s High Level (due out in the early new year, hopefully) gave the packed-out crowd a new lease for life, but not before arguably one of the tracks of 2015 graced us with its presence. Already making it to several end of year lists, Bicep’s Just, released on Will Saul’s Aus Music label, is a masterpiece of slick breakbeat house/techno whose scuffling percussion never fails to move bodies. When the melody kicks in the audience are fit to explode; the use of effects like the Boss Space echo causing visibly euphoric states.

Giving a nod to the party hosts, in Room 2 after Andrew Weatherall’s characteristic set of chugging tracks, Gerd Janson played Bicep’s edit of First Choice‘s Let No Man Put Asunder, a highly revered disco track as seen on several mixes (whose Ron Hardy edit was included in 2014’s Essential Mix of the year by Caribou). In a face-splitting turn of events, Berghain resident Marcel Dettmann pummelled relentless techno into the sonic atmosphere with an opener of My First Fantastic F.F. by German trance duo Jam & Spoon before the more rapid yet slow-burning headbanger by Jonas Kopp, Message From Solaris, moved the crowd towards a frenzy. Again harking back to the 90’s era like Bicep, Tuning Circuits‘ I Am A Non-Believer and its cut up vocals and agitated, thick synths served to remind punters of Dettmann’s influential and innovating position in the modern techno scene.

With McBriar and Ferguson set to take January and February off to work towards an album, it’s all eyes on them for more striking productions and curations in 2016. 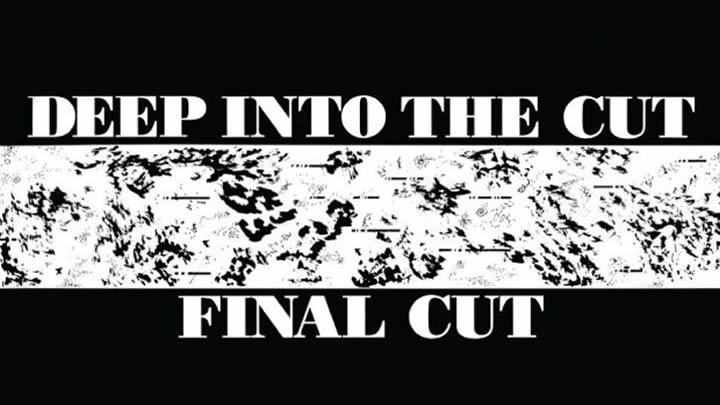