Fatima Al-Qadiri’s debut album for Hyperdub – the sinogrime influenced ‘Asiatisch’ – based around the concept of ‘shanzai’ (a phrase which has come to be used to refer to the Chinese counterfeiting of Western brands and goods) is an almost ‘midi’ rendition of world music that is full of colour, melody and odd Chinese vocal snippets. It’s the reverse of the albums concept in that it in itself is counterfeiting Chinese culture in a western style-  especially seen on opening number ‘Shanzai’, a Chinese cover of ‘Nothing Compares to You’!

I once read in an interview with someone (I think it was Amon Tobin) that he was fascinated with Bollywood’s interpretation of western genres. He was commenting on the fact that unless you live a certain culture you cannot hope to faithfully replicate it; you can only duplicate it using the cultural, often stereotypical memes you have been surrounded with your entire life. I think he was touching on the odd instrumentation these Indian composers used in their, for example, renditions of funk; the differing structures they employed that so often led to unpredictable and exciting end results that resembled the thing that it pastiched, but is, at the same time, very, very different –  their idea of what a given genre should sound like in effect.

This is what ‘Asiatisch’ is to me. An artistic rendition of what electronic music in China might sound like if that sort of creativity was allowed behind the bamboo curtain. The press materials supporting the album, back this up with the PR reading that “the record provides a simulated road trip through an imagined China.”

So with this in mind, and having been privy to hearing a fair few Chinese records over the years, you shouldn’t expect this album to be the beats and bass driven affair you might expect from a producer who engaged in last year’s famous grime “War Dubs” series and whose ‘Desert Strike EP’ channelled the real life war vibes she experienced whilst growing up in Kuwait during the Gulf Wars.

Instead you get a soft, synthetic rendition of traditional Chinese music wrapped up within a colourful Hyperdub template. The tunes pretty much wash into each other as the sound palette is extremely cogent – that being the bright, colourful synth tones Hyperdub have recently become accustomed too. There are faux pan pipes on show, jingly Chinese sounding instruments (although that might be because of the scales she has used to construct her melodies and harmonies,) on top of squelchy, 80s sounding, simple toned basslines and somewhat un-swung, regimental drum grooves that run the gamut of both western and non-western patterns, with the pitter-patter of UK Funky and grime on tunes like ‘Wudang’ and ‘Dragon Tattoo’, sitting next to the booming bashment and trap referencing pattern at the end of ‘Szechuan’, the slow Moombah beat on ‘Hainan Island’ and even the almost half-step dubstep riddim of ‘Shenzhen’. This album is not about beats though as the majority of the tracks bathe in their own melodic juices with stabbed or percussive synth work often bolstering or taking on the role of the groove completely. It is clear that Al-Qadiri’s influences are on show, but they are buried extremely deep within the utterly unique sonic world her productions have created.

Usually Hyperdub, to me, make fairly minimal music – but with Asiatisch it doesn’t feel that way. There aren’t multiple elements fighting for attention, it just that the music has been mixed down in an extremely masterful way. The stereo-field is dauntingly wide and I don’t think Al-Qadiri knows the meaning of the phrase “frequency clash”. It’s massive, load bearing and clean, and from a technical stand point that is no mean feat.

Stand out tunes for me on the album are ‘Szechuan’ (incidentally the Western spelling of the Chinese province of Sichuan) a number that unites faux pan pipes with a lush, gliding synth melody accompanied by midi-choirs and percussive melodics that wouldn’t sound out of place on Orbitals ‘In Sides’ album. The tune as already mentioned morphs into a stomping, minimal low-end thumper that juxtaposes Western bass pressure with Oriental themes and ideas.

‘Wudang’ combines steampunk bass synths with disembodied Chinese vocal samples, a bashy, Funky, grimey beat, tons of reverb and a dark call and response section using fake choirs and an urban sounding bass synth that all join together to create a dynamic, moving number that in the right hands could induce some kind of blissful realisation on the dance floor.

My favourite tune is definitely ‘Shanghai Freeway’ a number that seemingly uses delayed kettle drum samples beside colourful arpeggios that dont sound a million miles away from Aphex Twin in his ‘Donkey Rhubarb’ phase. The melodies are dark and constantly in flux, moving up and down their respective scales in fine style, providing the tune with its forward motion due to the absence of any discernable percussive rhythms. This is Chinese pastiche at its finest – a great amalgamation of both Eastern and Western styles.

The only critique I can really level at this album is probably its lack of beef in general. I can live with fairly beatless soundscapes as the instrumentation and the mixing are second to none, but if you are going to forgo that important part of electronic music then something has to bolster the frequencies that are now missing, which is why the weightless grime fraternity pack their beatless works with massive slabs of sub bass, which although prominent on ‘Asiatisch’ are perhaps not omnipresent enough. That is obviously a personal preference though as all things said, this really does work as an album – it’s daring, cogent and executed extremely competently. I was expecting something different, something more urban, more percussive driven. Was I disappointed? Not at all, the album rocks! 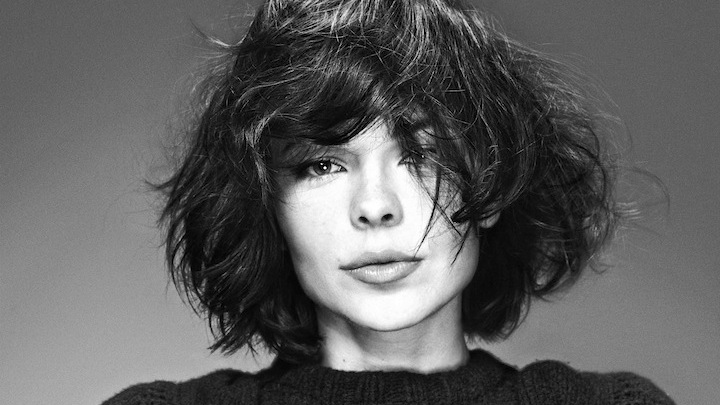