Extrema Festival is one of the Netherland’s foremost events even though it takes place outside the traditional Dutch hotspot of Amsterdam. The venue for this year’s event is the recreational beach Aquabest in Eindhoven and it is there that a myriad different festival tents were all laid out in front of us as we arrived on July 12th.

Interestingly the festival, which attracts around 30, 000 people, also brings together a diverse array of sounds from hardcore EDM to full on classic techno. Techno has been missing for a while but this year for the 19thedition it’s back with a bang, as was interactive opening night displays that involved punters’ smartphones. The stages were fantastically designed and there was a certain magic to the whole site, no doubt down to the fact that artists and creative groups from the talented greater Eindhoven area, both international and local, are all called upon when designing sets and dressing stages.

And so to the music. The whole shebang lasts 12 hours so the important thing is to pace yourself here, but many didn’t seem to as there were plenty of bodies lazing about in the sun come early evening. It was little surprise given how high energy many of the stages were. Moving around the site and walking along the lake was a nice thing to do to catch a brief rest between musical offerings. Everywhere you moved you were presented with a wall of colour be it one of the stages or simply the hoards of ravers who milled about looking for their next sonic fix.

For us the big draw was the New York techno don Levon Vincent, who played his usual, classy and metallic terminator sounds to a happy looking crowd of knowledgeable people who cheered at all the right moments. On the same stage the likes of Hotflush man Locked Groove and garage king Zed Bias also offered up fine sets to the hungry ravers at their feet. UK house stalwarts Waze & Odyssey also impressed with their deep house and disco selections, fine mixing and knack for picking just the right tune at just the right moment.

The Emerald Techno stage did what it said on the tin and offered up banging, heavy sets from UK stalwarts Ben Sims and James Ruskin as well as Detroit’s originator Jeff Mills and Berlin’s bad man Len Faki. Dutch lad De Sluwe Vos also managed to hold his own with a raw, blocky house and techno set that kept people dancing.

For many, though, it was the EDM that brought them to this year’s Extrema. The main stage was a full on aural assault from the biggest in the game. Bakermat live, for example, brought the maddest reactions from the kids squeezed against the barrier at the front of their stage. Nervo also managed to lay down a fantastic set that tickled every sense, Afrojack served up banger after banger and Sneak Sound System managed to rock the thousands strong crowd with a maximalist set of full on drops, breaks and lively synth lines. Netsky, the Belgium drum & bas talent, for his set decided to debut his new light show and audio-visual performance at XO and it went down a storm with all the heads dancing like there was no tomorrow.

The final hurrah, though, came from Fedde Le Grande, the Dutch house, electro and EDM star who is now so massive he flies around the world in his own private jet. 15, 000 people turned up to the Diamond Stage for his set, which was played out on a brand new surround sound soundscape designed by an artist collective Rot8ion from Eindhoven especially for XO. There were also huge screens with mad visuals accompanying the music and it was a real sight to behold.

His set was a slick, well thought out affair with the appropriate amount of peaks and drops so as to really tease the crowd. As he did so, energetically waving his hands about in a booth full of groupies, fireworks went off all around us to add an extra air sensory sensationalism to proceedings. Going off, quite literally, with a bang, it was a fine way to end what had been an absolute mega fest of the highest proportions.

With all the main lighting rigs, 3D visuals, quirky stalls selling all sorts of party extras and tons of dancers, as well as mad fireworks, canons shooting paper and explosions and so much more, Extrema really lived up to its name and took everything to the extreme. It was not just an aural assault but a visual one, too, and for that the thousands in attendance seemed eternally grateful, as on the way out people were already talking about their hopes for the 20thedition next year. 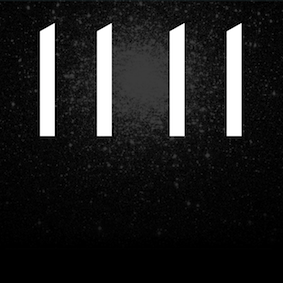