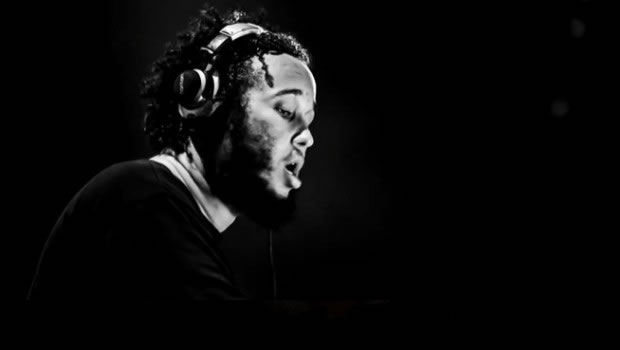 The first time I saw ROD play was for Machine at Corsica earlier this year; it was one of the best sets I have ever danced to. I was enthralled for hours by fun, rhythmic, adventurous beats. I fell a little bit in love. I knew very little about ROD before that night and have since made it my mission to flood my download collection with his mixes. To some people he may be better knows under his house moniker Benny Rodrigues. His house sets are as adventurous and experimental as his techno. If you want an eclectic, experimental, ass whooping of a set, he is the man to call on. We met after his set for Electric Deluxe at ADE this October. I’d had to wait (stone cold sober) until 6am to interview him but it was worth staying sober for…

Hi Benny. First things first I wanted to say thanks for posting my review on your Facebook page. It always really nice when DJs read what I write!

Cool. I don’t usually post my reviews. A review is always a subjective thing; if someone likes it or doesn’t like it, it’s the same because it’s all personal but, your review… I was like, “Whoa – this person is really paying attention!” Even it had been a negative review, but you still reviewed it in the same way, I would still have posted it because it was really in depth and I really appreciated that. You went on the same journey I did and saw where I was coming from.

Thanks. You’ve been playing as Benny Rodrigues for some time. What is it that made you decide to start playing techno and create ROD?

Well I didn’t actually start with house music. I actually started with the same music that I am playing now about 15 or 16 years ago. One of my first records was something from Mood II Swing which was very housey but I also liked all the first Advent tracks which were really banging techno. So right from the beginning I was always really inspired by both techno and house – just playing and buying and listening to and experiencing both styles.

I used to just play as Benny Rodrigues and play all the styles that I was fond of under that name and actually, I have never changed my style but, at some point it got a bit too complicated for people to understand, especially with the internet coming and people tagging DJs and communicating more with each other. They were like “Hey, this is Benny Rodrigues and at this one gig he’s playing very housey, vocal house and maybe even some garage and at the other gig he’s playing banging techno?!” People didn’t know what to expect. I always thought it was an interesting thing you know? That this was the reason I was doing it; I don’t want to be the guy that you can predict.

At some point I was started producing. I was already producing house and techno as Benny Rodrigues but at some point I started making this kind of abstract techno, more minimal, psychedelic, more hypnotic. At this point I started to think that this kind of techno was different enough to create a whole new persona around it. It’s the kind of techno I wouldn’t play in my house sets anyway.  I love to play techno in my house sets and I think it makes the set more adventurous, to have some happy moments and some dark moments; there is a place for it but, there is also a certain kind of techno which stands more on its own – the more abstract hypnotic kind. To stop any confusion, I decided I would take this kind of techno that I was doing and create a new alter ego which is ROD although still playing stuff I was playing all that time ago. Tonight (Electric Deluxe at ADE) I was playing a lot of records from 1994, even from before I started DJing but I bought them at that time. People often ask me “Why are you starting to play techno now? Is it because it’s big now? Because it has hype?” but it’s not like that. I was already playing techno way back and both sides are a really big part of me. It’s just recently that I have created this alter ego but I was already into both sides of the music from the start.

How do you plan your sets? I realise that you may have to plan how a 2hr set may progress. I notice that some DJs pre plan their sets to the nth degree… how about you?

I don’t think that people that do this are really DJs. It’s so boring. I never prepare my sets. Every week I buy new music and then every week I go through my collection and look at old stuff, new stuff, stuff I haven’t heard in ages and rediscover. You are in constant preparation – not specifically for one gig but just to keep yourself fresh and keep yourself inspired. Then when I go to a gig I cater to that event a bit in my selection – like here (at Melkweg) it’s more clubby so I leave out the big festival bangers and make a more compact collection of tracks – still a huge range to choose from though! I never come to a gig already knowing what I am going to play. I don’t even know what I am going to start with. I do it on purpose. About 2 minutes before I start I think, “Right, what am I going to do?” It’s just way more exciting like that and it’s a journey – it should be a journey for the people but also for yourself.