Labor Day weekend in New York, there is a certain aura that takes over the city. Maybe it is the sense that summer is almost over or maybe you sense it in the congestion and traffic that swarms the metropolis. Maybe it is because everywhere you go, you see neon shirts and wrists full of colored beads. For the 6th rendition, Electric Zoo came to The Big Apple with thousands upon thousands of electronic music connoisseurs taking over NYC coming from all over the world.

What normally is a 3 day festival was cut short into a 2 and a third day festival due to inclement weather which didn’t stop the thousands of partygoers from creating impromptu parties all over the city on Sunday. Many artists ended up playing after parties all over New York to make up for their missed sets.

On the way Randall’s Island, you know you are headed in the right direction. The hordes of ravers are ubiquitous – everywhere you look you see people dressed in the appropriate attire – furry boots, colored beads, animal costumes, and the right gear to simply celebrate electronic dance music. Getting to 126th street we notice the massive line waiting for the bus over to the island and opt for the bridge, already hearing the driving bass lines coming from the main-stage.

As soon as we reach the island, we already notice the heavy police and security presence. Nobody seems deterred and everyone is in a hurry to get through the checkpoints and lines and hear their favorite DJ. Wristbands have a circular dot on them that looks like a bulls eye allowing festivalgoers to simply walk through a gate as if they were at an airport. The search even feels as if one was being put through airport security, making you take your shoes off and put your bag on somewhat of an assembly line. If your bag is too big it won’t make it inside…as if you were bringing in a carry-on. A long list of items you aren’t allowed to bring into the festival is also prevalent – no chairs, glow sticks, Frisbees, squirt guns or spray bottles, e-cigs, markers, umbrellas, or musical instruments are allowed at this festival as well as bad attitude amongst other things.

After finally arriving inside the grounds of the festival, we immediately head over to the The Vinyl Only stage, which contains a wooden dance floor with speakers located behind and in front. The crowd is sparse but Ron & Borali are warming up with luscious beats and groovy undertones. A school bus is located behind the booth allowing artists to store their equipment and adding to the aesthetics and theme.

Next we head over to the beer station and are told we have to verify our age through one of the security personnel. We quickly hand over our ID and get a wristband showing that we are over 21 and able to purchase alcohol (since this is an 18 and up festival). After looking around for the station to put money on our wristbands, we login to the Electric Zoo app on our phones to watch the PSA video once again alerting us to the dangers of drugs and letting us know that if we happen to brush our teeth with bath salts that we might miss the moment. We find the charge up station and realize that logging into the app was pointless and that we just swipe our credit card and scan our wristband and it puts money on our card. We can now finally drink a beer!

We then head over to the infamous Sunday School tent which actually looks like a church. We are surprised to see that there are quite a bit of so called candy kids here and that they are enjoying the sounds of Apollonia. Stained glass windows align the enclosure and sound fixtures are located all around. The dance floor sinks down one step and the crowd is filled with energy. Apollonia plays a magnificent set to satisfy those hungry for funky beats playing a few tracks from their debut album, ‘Tour a Tour’. Their third member, Dyed Soundorom is missing in action but Dan Ghenacia and Shonky still took to the stage and kept everyone content.

Walking through the crowd we also noticed the delightful animal statues placed all over and partiers climbing on top of them taking pictures everywhere. As nightfall arrived we also noticed the multicolor lighting adding a touch to the overall atmosphere of the rave. We also took a trip through the T-Mobile cooling tent where we had stern orders not to touch the walls although everyone else seemed to anyways.

Next stop was The VIP Tent to grab some watered down drinks. There was somewhat of an ambience to this area – maybe it was the lighting. A high pitched sound was coming from the Main Stage West which happened to be the likes of Dada Life as we walked past the elevated viewing area hosted by Marquee and Liv. Unfortunately we did not have 6 people in our group and unlimited funds at our disposal so we opted out of the bottle service.

After downing our liquor in the VIP section – since we were unable to bring it into the festival grounds – we headed back over to get schooled by Chris Liebing who was cheered on arriving via golf cart backstage. Techno was upon us as Chris took to the stage and delivered some hefty bass and a driving rhythm. Back to the Vinyl Only stage, we saw Behrouz deliver some magnificent House grooves that filled the wooden dance floor. The crowd was now dense in all parts of Sunday School and not just in front of the main stages. Dubfire then closed out Day One of Electric Zoo with deep and dark Techno beats that only Dubfire could bring.

Arriving a bit late for Day Two after being quite tired from Day One and partying until 6 in the morning, we arrived just in time to catch Josh Wink at Sunday School playing some techy and funky sounds and Frank & Tony at The Vinyl Only stage bringing us into the evening with a deep and melodic vibe. The legendary Sasha then took to the stage playing a marvelous set and starting out with the new Dusky track ‘Love Taking Over’. Sasha schooled fellow ravers with a very emotional canorous set.

Succeeding Sasha, we headed over to The Hilltop Arena to check out Paul Van Dyk where we found there was a bit of a loss of energy in the crowd and that the crowd was surprisingly sparse during Paul Van Dyk’s set. This could have been due to the cult following that Zedd and Armin Van Buuren have who were over at Main Stage West.

We grabbed another beer and then headed back over to Vinyl Only to catch Norm Talley close out and then over to see Danny Tenaglia subsequently go after Sasha to finish up Day Two with the appropriate House vibes. We then came back for Day 3 right before it started pouring down rain and was told that Electric Zoo was cancelled on Sunday again for the 2nd year in a row. Until next year…

Previous Article
Data Transmission Radio 029
Next Article
Best in the Bay: This Weekend’s Top 4 Events in the City 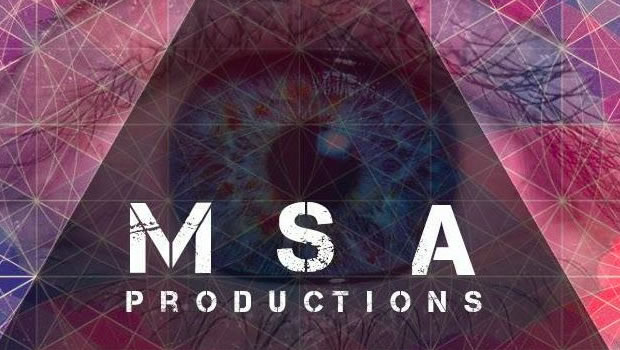