Alexander Parkin aka Einerlei, is a producer on the rise. Based in London, he’s a classically trained electronic producer who also happens to be studying for a law degree. All this, and he’s yet to blow out the candles on his 19th birthday. With his latest EP on Slipstone a truly brilliant indication of his intricate sound, we decided to dial him up recently to find out more…

What are the best (and worst?) things about being based in London?

I think one of the best things is the music scene here, which is very strong, and I’ve met some wonderful people in all fields of life. The worst things? The noise is constant and the signs of gentrification become slightly nauseating. I wouldn’t say I’m in love with the city, but I’ve grown accustomed to it, and I really do like some things about it.

You’ve moved around a bit, right?

I lived in Manchester until I was 18, when I moved to London. I’ve travelled to Germany quite a bit and definitely hope to live there some day.

So do you sort of take the best bits from the British and German scenes then?

Well, I don’t think I could easily identify the best bits from either scene, particularly as the term ‘scene’ here is very broad and in itself not easily identifiable. When I make music, I don’t consciously think of it like I’m taking bits from scenes, but I’d like to think that my time in both countries, and having developed an understanding of cultures from both places, influences my sound more subconsciously than that.

This is your first EP. How long have you been producing? Who influenced you to start?

Probably around 15 months, but with an initial slow learning curve, hampered by a poor approach and dedication in school. In reality, I really picked up properly for the first time in the last 8 or 9 months. I used to make house beats with a friend  – Alex, if you’re reading this, thanks for the good times! – but only relatively recently did I start really working on my production and thinking about where I wanted to go with my sound.

What do you produce on? What challenges are you trying to overcome right now with your sound?

I produce currently on my laptop – Ableton is my DAW of choice –  with Ableton Push and just poor, battered headphones for audio referencing. I didn’t have Push at the time of writing the EP -I recommend it highly for anyone who is interested in getting their ideas down quicker and having options at their fingertips that they may previously not have thought of without real digging – but the trusty headphones allowed me to get ideas down. As someone who, in the scheme of things, has a huge amount to learn, there are various challenges for me to come. At the moment, though, the main one is probably not having monitors or headphones I can really trust. I’m having to work around that by going to friend’s houses who have monitors and putting the hours in there.

Without meaning to sound condescending, your sound is pretty refined for an 18-year old. Why do you think this is?

I didn’t take that as condescending, but I think it depends what you mean by refined. I think, like many people, the struggle for me is to not let the quality of my productions lag behind the quality of my musical ideas. I think a background in classical music, I’ve played the piano since I was 4, the French Horn since I was 8 and both my parents are classical musicians, has helped me form a lot of ideas for melody and harmony, and – perhaps most vitally – structure.

Also, I think listening to lots and lots of the style of music you would like to make is important, especially with regards to structure. I’ve definitely tried to do that, personally.

So did you have a mentor who helped foster your sound then?

Not one person, or thing. I think all the things I mentioned have been really important help foster my sound – the cultures, the background in music, my music teachers, and just listening to, and appreciating, lots of different sounds.

How do you stay motivated musically? What’s influencing you a lot these days?

To be honest, staying motivated isn’t hard for me, because I have so much to learn. What requires more motivation is finishing the ideas you start! Many great producers have said this in interviews, and I completely agree. Sometimes producers might need the promise of some great opportunities to come in the future for them to have the motivation to finish tracks, and fortunately I feel like I have opportunities and lots to work on. So, the opportunities influence me a lot. So does the environment. I only recently moved cities, and I’ve found myself being influenced by new things every day, something I feel which comes across in the new tracks I’m making. Related to this, moving cities, going to new clubs and meeting new people, I’m being exposed to lots of new music, which undoubtedly has been influencing my productions.

Are you at a stage where you’re more confident with your skillset?

I think it’s always going to feel like there is room for improvement. Even if a producer has absolutely nailed production technique, and there is not a single rig in the world that demonstrates a weakness in the sound, the quality of musical ideas is always more subjective, and therefore a lot harder, maybe even impossible) to feel like you’ve perfected them. I’m confident that in both production quality and musical ideas I’m improving, but I know there’s a huge amount for me to learn, and that’s the angle with which I approach music making.

So how would you describe your current sound?

Well, it’s broadly techno music. It’s typically (though not always) driven by melody, although in more recent (forthcoming) productions I’ve been trying to focus more on texture. It’s driven by big kicks and basses, usually juxtaposed with (hopefully) delicate melodic lines and arps. I only have my laptop – with Ableton and VSTs,  of which U-He’s Zebra2 has been possibly the most vital for me – and an Ableton Push at the moment, although I’m hoping to build up a small collection of synths and drum machines when I get some money and a flat with a bit more room.

So can you tell us about the Slipstone EP? How did it end up there?

The Slipstone EP came about because I heard Kesper’s “Re-Entry” in a mix, and fell in love with it. What a track. Anyway, I checked out the label and was pleasantly surprised to find it was their first release, and that they’d released it on vinyl. At the time, I just wanted to send heartfelt congratulations to the label for getting it spot on, but I ended up sending a demo to Chris the label boss and we took it from there. I think it’s been a great platform for me.

What’s the next direction for you as a producer? Would you ever consider deviating away from house and techno?

At the moment, I have some heavier, club-driven techno, taking strong influence from going to such clubs as Fabric, Corsica Studios and Plastic People here, more leftfield, ambient, weird and melodic tracks, and some that combine the two. ‘Club-driven’ often brings connotations of overly conventional and formulaic, but I’ve definitely tried to stay clear of that with weird breakdowns and any ideas I can think of. I do make lots of ambient music, but I really can’t say what the future will bring with regards to my style.

So what do you listen to in your free time? Do you feel it’s important to stay eclectic and listen to other types of music away from 4/4?

I listen to classical music, dub techno, techno, some house and whatever weird ambience I can find. For me, it’s definitely important to listen to other types of music away from 4/4  – to be clear, I’m discussing music with a strict 4/4, particularly those with a kick on each beat – and I think that a true fluidity of rhythm isn’t really achievable in that kind music, which is not a criticism of it at all, as the strictness of the rhythm can be vital to maintain a groove. I don’t listen to other music with the conscious intention of getting away from 4/4, but the beautiful music of Brahms, for example, often has an implied beat, but one that allows for a real fluidity of rhythm, which you can really get lost in.

How important do you think marketing is to upcoming DJs and producers?

It’s really important. I saw Theo Parrish call Soundcloud “the equivalent of a sonic selfie” earlier in the year. I have a huge amount of respect for him, but I personally don’t think that’s a fair way to look at it for someone just starting out or building up a reputation. I got in touch with my label through Soundcloud, sent my demos through Soundcloud, and build up a profile with Soundcloud. Anyway, there’s a more broad point in there – if Theo is implying that some people have a tendency to over-market themselves, then I think he’s right, but the best way to market yourself is getting to meet people, speaking to them, contacting them. Speak to people you actually want to speak to, because you like what they’re doing. Since I started with Slipstone, I’ve made many amazing friends just by speaking to them about what they do. I won’t join random Facebook and Soundcloud groups and spam my music – just message the people who I’d like to be involved with and tell them I like their stuff. I think different people do require a different approach though – someone making music for Spinnin’, for example, might need to take sonic selfies – but that’s not for me.

That’s an interesting way to look at it. What do you think of criticisms that many DJs and producers involved in the scene for the “wrong reasons?”

I don’t think people are, although I’d like to know what sort of reasons might be considered “wrong” reasons.

Indeed. Lastly, what’s the idea behind your name?

The reasons are twofold. Firstly, a wonderful song by Richard Strauss. Secondly, the German noun evokes the idea of repetition, something I wanted to get across in my name.

Einerlei’s ‘Escapism’ is out soon on Slisptone Records. Check it out below. 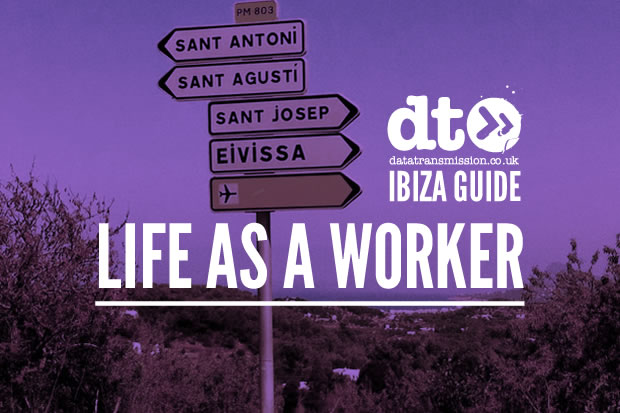