Eden follows 20 years in the life of a Parisian DJ from the early 90’s. Based on the true story of Sven Hansen-Love, through all the highs, and ultimately the lows, as he tries to make it as a DJ / producer –  the film serves ups a semi autobiographical take on his life all the while being set to an incredible electronic score.

With almost as much attention being paid to the film’s soundtrack as its plot (the two are inextricably linked) we sat down with Sven and got him to run through his musical influences and choices for Eden.

I discovered this track when I was 20 and, in its wake, a whole musical movement. The revolution was on the March – uncompromising, hedonistic music whose sole precept was the quest for happiness, connecting with the world and others. Unlike earlier forms of popular music, like punk or rock, it didn’t yet contain a political message. Melodious and avant-garde – the track samples Manuel Gottsching, an artist who came out of the experimental scene – this music was like nothing anybody had ever heard before. It was obvious to both Mia and me that Eden should open with this track with Derrick May’s cosmic remix. Everything from its colourful flowery cover art and unusual length (for the period) at 11 minutes, to its multiple contrasts –  robotic, trippy, psychedelic – contribute to making it the incarnation of a musical style that celebrates the song of the machines: early techno.

A track overloaded with memories and emotions. New York 1996. Tony Humphries on Kiss FM. Shock and awe. I find the references in the maestro’s playlist and, as soon as I get back to Paris, I harass the label to score a vinyl copy. Then I play the track on my evening radio show until it is scratched and unplayable. A minimalist, ultra–simple track. Years later, on the set, Tony Humphries himself tells me that it is in fact a remake/homage to a Natalie Cole song, ‘This Will Be’. Hi–pitched lead vocals, hysterical backing vocals laid over a raw rhythm, euphoric piano and an out–of–this–world melody. Pure garage.

Mia’s choice, of which I approve unreservedly. For this specific scene we needed a left-field Daft Punk cut, a rare or even a unknown track that pops up on an album denigrated by some people for its mainstream orientation. Wondrous disco melancholy that’s a perfect fit for the overall atmosphere of the movie and this scene in particular.

In the early 90s, another revelation – discovering M.K., a.k.a. Marc Kinchen, artist and remixer extraordinaire. He had a big hit with his version of Nightcrawlers in 1994, which is a classic now, yet he doesn’t earn a cent from his remix. The story goes that he was paid a flat $500 fee for the track, which went on to sell hundreds of thousands of copies. He cranked out remix after remix, always for a modest fee and all with his signature blend of deconstructed, restructured vocals, simple efficient basslines, punchy organ or piano riffs and a ‘swing’ rhythm. Then he dropped off the radar for years, fell into near–oblivion, before bouncing back around 2010 and becoming a superstar with music that rode the zeitgeist in a slightly more mainstream direction. Not an inapposite trajectory, bearing in mind the movie’s themes. We chose one of his lesser-known tracks, ‘The Mkappella’, a gem hidden away on the B–side of a track that was a huge hit, ‘Burning’, released on his own and now legendary label, Area 10.

Another trip back in time, to 1992. Barely out of adolescence Greg Gauthier and I have only one ambition, one desire – to party. Luckily, somebody (Christoph Vix most likely) invites us to the Cirque d’Hiver, where a one–of–its–kind party has been planned. The music’s 100% garage, the DJs are Eric Candy and David Serrano (both since taken from us by AIDS), and maybe DJ Andre. The crowd is gay and the atmosphere joyous, playful and upbeat, reinforced by the extraordinary location. We go inside. Everybody jumps to their feet at the opening bars of ‘Caught In The Middle’ and starts singing along. The whole place is rocking. I have the chorus and the hook (My heart beats… beats like a drum) running through my brain for weeks. I want to know everything about that music. It will never leave me. In the movie, we paid tribute to that party and those two legendary DJs, the first to play garage in Paris or in France. Unfortunately, we couldn’t shoot it at the Cirque d’Hiver, so we replaced it – successfully, I think – with the Museum of Fairground Arts.

Eden is out now. Check out the trailer below: 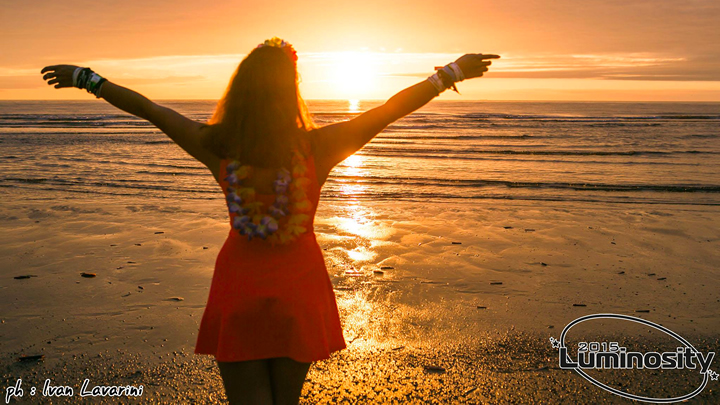