Since forming in 2011 and then playing our Data Transmission party in Early 2012, Waze & Odyssey have taken the world by storm. Consisting of Serge Santiago and Firas Waez, the producers and DJ’s have received widespread acclaim from all over the world for their distinct club sound. Although they are often touring around the globe they insist on producing quality music of the highest calibre. In the short time they have been together, they have already played at some of the biggest venues in the world and show no sign of slowing down yet. Their DJ sets are dynamic and moving, making Waze & Odyssey one of the most exciting acts to emerge from the electronic music world for quite some time.

With Eastern Electrics just round the corner we caught up with them to discuss their journey so far and what’s coming next.

So getting things started, how has everything been going for you guys recently?
Serge: Extremely positive! Our diary is really exciting, we’ve performed at some of the best parties and here we are standing at Elrow, who we’ve played for multiple times recently. Playing at all these different places really means a lot to us. It means that the decision and effort we made to really focus our style has worked out well for us.

How about you Firas? What’s your take on things?
Firas: Yeah, I completely agree with Serge. I also think you start to take time to reflect on what’s going on and making sure you can still get the best out from yourself. One of the main ways of doing that is by playing the stuff you really love. It’s been a really good philosophy for us. The parties have been amazing, I think we’re finding a balance. We started off touring a lot, all over the world, but then you start to slow things down a bit. Like, we started writing when we had no gigs. But then you start being on the road so much, you just have no time to write and I’m sure a lot of DJ’s will agree. So finding the right balance to writing tracks, being on the road and producing becomes a real challenge. It’s a really fine balance and it does take quite a lot to work out the most comfortable way of going about it. I feel like after four years we’ve kind of got there. Making sure that we always have enough time to do both writing and playing gigs.

How has this journey been over the past four years? It must have been crazy. Astronomical might be a better way to describe it actually.

Serge: It’s one of those things where we got together, decided to write a couple tracks together. Those couple tracks turned into ten tracks, ten tracks turned into thirty. After that, we were like okay cool, and then we just thought we might as well start doing something with all this music. Putting it in the right direction, getting it to the right places. We have both been DJing for a number of years so we understand the process a lot more. It beneficial to both us and the labels. At first it was a whirlwind roller coaster and it was crazy. Now, it’s a bit calmer which is good as we have more time to write and DJ at the same time. Which is exactly what we want.

Firas: Definitely. You see so many people in the industry struggling with balancing things and it is a huge task. They have one big track that gets them recognition and they’re out on the road for like two or three years. After that some of them just don’t go back into the studio.

Man, touring sounds like it can be a real drain.
Serge: not at all, it’s just about finding your balance. You just become really tired by the fact you’re DJing and travelling so much. But then if you’re in the studio too much you’re not getting enough atmosphere and you don’t know what is going to work or not. So that balance is really important. I think we’ve got it now and we’re enjoying it.

I definitely have to agree with you guys there. As a fan, I have seen way too many DJ’s come up and just disappear. Seeing you two now and at previous gigs however, one thing I can spot right away is your passion. The fact that you guys have retained that passion and are still doing what you love is great. Even though you’ve been touring so much in such a short amount of time.

Firas: If you’re lucky enough to be doing what we’re doing then you’ll know being passionate is really important. It keeps it fresh for us and fresh for the fans. We know when to take a step back sometimes and just keep ourselves in check. Our love for music is the reason we started out and DJing at small gigs in the middle of nowhere.

So you guys have had like a real grassroots experience coming up in the industry?
Serge: Yeah, we were the boys handing out flyers and putting up posters no matter the weather. Then trying to get slots when we couldn’t even DJ properly. I mean, we’ve come up from the bottom of this industry and it really feels nice to be where we are today. It hasn’t been a smooth ride for either of us. It’s been two steps forward and one step back the whole time.

Firas: It’s a great feeling and you do see others in the industry who are similar and have that passion. It’s really nice to see. You can tell who’s in it for the money or themselves, but there are also those who actually love it. Regardless of what people are in the industry for, there is a community of genuine people we have met of the years. But the main thing is that you have to love what you do. Even if it’s against the mainstream agenda. For example, Kerri Chandler was still around when dubstep blew up, playing at 300 capacity venues, he just kept on going and didn’t compromise his sound or direction for a trend.

Kerri Chandler is definitely worth idolising to be fair.
Serge: You’ll always go back to those small venues and it’ll feel the first time, every time. He’s big to us and he never lost his passion and that what we’re trying to stick to. We want to be around for the next thirty years at the end of the day. We want to do what’s right for us and what’s right for the fans too.

I can believe that for sure. I was supposed to catch you guys at a club in Kent last year before it unfortunately closed down. But the fact you guys were happy to come down even though it was a small venue really surprised me.
Firas: We’ll we’ve never been afraid of going to places outside London, even to smaller venues. But you have to remember that’s where we both grew up. We didn’t grow up in London. So those small venues used to be all we knew.

Serge: Those places are so important to us. Those kids out there might see us and realise that they could do the same. Maybe they were about to give up on their dream and then they realise that it’s not impossible. We want to be a stepping stone that help people get to where they want to be.

So guys, what’s your plans for the rest of the year?

Firas: Exactly, we got the label. Touring wise we’ve got a lot of festivals coming up. We’ve just done Secret Garden Party on the Pagoda Stage, which we programme, that was really fun. We’re definitely looking forward to Eastern Electrics, it’s always a really good party! Another trip to Ibiza then we are going to the States, to do a tour, after that which is always great. North America is really exciting at the minute, there are some great parties over there and some great crews of people doing some solid things!

So how do you think your role impacts fans? Do you feel like you’re trying to introduce your music to the masses on a global scale? Would you say you’re genre bending?

Firas: A lot of people can be a bit to dismissive or restrictive with dance music. Like, we should never get too snobby in music. Everyone has different tastes. I think it’s bad when people push people away because of it. We all start somewhere. We judge every gig differently, so if we did get booked to play to a younger audience, we would play accordingly. We’ll try and introduce our style in a way they would enjoy.

Serge: It’s like, not everybody has to enjoy one genre, it’s good to open up your mind. Elrow again is an example. Just think how many genres you’ll hear at one time and everybody is loving it. Elrow to me represents open mindedness and that’s what we are about too.

Let’s talk tracks. What have you guys got come up? Anything for us to get excited about?
Serge: Obviously we can’t go into detail but we do have things coming up. We have so much we are looking to push out.

Awesome! Any sort of release window yet?
Serge: Not so much yet. But next year is looking to be big for us. We can’t wait to show everyone what we have. It’s why we’re here. Releasing our music. What ever you want call it. House. Techno. Dance. Whatever.

Firas: Well we may or may not play some at Eastern Electrics this weekend! Who knows.

Well thanks so much guys, I’ll be looking forward to catching you guys on Saturday!

Eastern Electric head to fabric for After Party 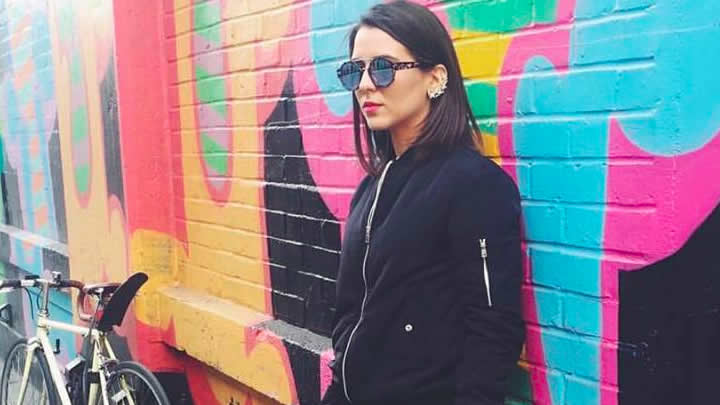