Dusky presents The Next Step – The Warehouse Project, Manchester

Earlier this year The Warehouse Project announced their return to their “Spiritual home” underneath Manchester’s Piccadilly station to great excitement and anticipation on social media. As anyone familiar with their operation knows, the calendar runs for a limited period over the year meaning tickets to most events end up as valuable as gold dust.

It made sense for Dusky to stop by Store Street for their sold out ‘The Next Step’ tour and curate a line up – after all, they’ve had a smashing year juggling a handful of solid releases, their new label and an ever-growing DJ profile.

Upon entry to the Store Street venue you’re greeted by sheer size. Although dwarfed by the size of Old Trafford, their previous venue, the magnitude of scale and the atmosphere it creates is always something to savour. Production levels are exceptional – from previous visits this reviewer wouldn’t expect any less, but the sound system and visuals truly are on top of their game. Beautiful deep reds and purples genuinely feel like a reflection of the pounding sound coming out of the huge audio stacks, and the minimal use of strobe lighting really does prove that less is more as the crowd lose their minds every time it’s activated during peaks of the sets. It’s a mean feat to pull off logistics at events of this scale but they have that nailed too; toilets, bars, cloakrooms and other areas where bottlenecks would be expected ran like clockwork.

Room 1 was kicking off around 11.30pm with a b2b set from Ben UFO and Joy Orbison. These two never disappoint and there were plenty of head scratching moments and desperate calls for track IDs from the crowd as the pair dug deep into the crates. Both brought out selections from their own labels– I heard a few Hinge Finger tracks countered with new material from Hessle Audio’s newest signing Bruce.

Klose One brought a tougher edge to proceedings in Room 2 with boshing 4/4 riddims and tough breakbeats for good measure. The crowd were certainly into it and by the time techno cuts were being thrown into the mix the atmosphere was nothing short of electric. Another highlight was KiNK – from the side of the stage I witnessed his mastery of hardware setup as he pulled off a ridiculously tight set of music complete with a host of edits and exclusives. Cajmere’s ‘Percolator’ was an inspired selection and had the crowd pushing over each other to get to the front of the room.

Another figure worth mentioning was Trevino – his unique blend of gliding techno was setting Room 2 alight, slowly bringing energy levels to a high then letting loose with some more experimental material.

Around the 1.30am mark saw the room empty out slightly as Dusky took to the stage. The duo really understood what motivated the crowd as they dropped a selection of old and new – highlights included the brilliant timing of an a capella of ‘Nobody Else’, the italo-piano of ‘Yoohoo’ against the more subtle ‘Careless’, playing most of their latest release on 17 Steps and their forage into harder sounds juxtaposed against their more uplifting tracks. No one could deny that they’re a formidable force and their slick approach to performance matches their production and DJing continues to push them to stratospheric levels. Even the water dripping on my shoulder (or was it sweat?) couldn’t ruin the occasion.

Even though he was playing to a criminally diminished crowd, Kyle Hall’s set in Room 2 seemed perfectly timed. It was a distinct answer to Dusky’s set, with a fierce house and techno selection. Respect. As things became more blurry towards the end of the night, Zed Bias playing b2b with Swamp 81 labelmate Paleman had even the most swaying of the crowd in check and had me excited about the prospect of seeing Bias on future lineups. I couldn’t help but wish he’d busted out some more 2-step to counter the large amount of 4/4 on the night, however Candi Staton’s ‘You Got The Love’ was a choice selection that alleviated the potential seriousness of Paleman’s output.

The sounds from Room 2 were beautifully executed against Midland’s hard edged Room 1 set – one that I didn’t think would let up until he unleashed some of the most soulful cuts to grace the soundsystem in the whole night. I left at 5am with huge crowds of beaming revellers, a crowd shown the way that The Warehouse Project run things. 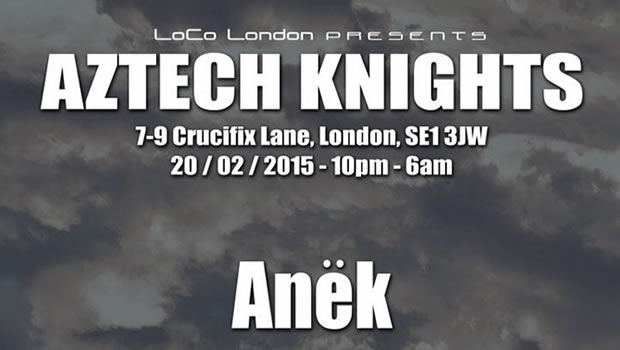