At Data Transmission we’re firm believers that the essence of the beautiful is unity in variety. That’s why curating any sort of list can be an utterly thankless task and selecting the DJs we think have been the most impressive over the last 12 months has been a massive source of contention here in the office.

On reflection, perhaps picking 40 from across the wide smorgasbord of electronic music was a tad ambitious and we quickly realized we could have collated a top 1000. Now multiple fist fights and shouting matches later we’ve completed our list of rising DJs that have massive strides in 2016, that we wanted to recognise for their achievements.  Most of these we know have had longish careers and some of them are brand new to the scene, we really want to recognise their rising this year.

10. Latmun
Latmun, the moniker of Joe Bradley is making his mark through his own interpretation of the House and Tech House soundscape. We have enjoyed  his DJ sets  recently and his own productions have a coherent energy, an infectious groove being the key component causing the crowd to remain captivated, something he has picked up from many sunrises caught in the clubs of Ibiza, and time spent during the early hours in London.

Latmun’s ‘Def’ on Viva really started 2016 in a massive shape and laid down his statement of intent on the industry.  Since then releases on Suara, Wow Recordings, Lost Recordings and the massive ‘Quantum’ on Madtech have cemented his producing abilities for us at Data Transmission and we are excited for 2017 and where can go next.

9. Cristoph
Well versed in exploring his own musical roots Cristoph isn’t really a new producer—he’s always been producing, even when no body was listening. Having now carved out a sound that is increasingly identifiable, the young producer avoids dance music’s relentless march toward the new next thing by masterfully mediating through raw beats and textural trickery that gradually blurs the edges of genres; the focus on groove, mood and his typically intricate, hypnotic arrangements.

The Newcastle born producer has already had releases through labels such as Noir, Suara and Hot Since 82’s Knee Deep In Sound to become one of the most reliable yet exciting acts in the scene – upending every preconceived notion about what he should do next or succumbing to any single trend or genre. There’s both agelessness and versatility to his studio output that gives his 4/4 house productions points of triangulation rather than direct references, or risk of evoking direct nostalgia.

Moxie is many things: a Londoner born and bred, raised on raving and records; a seasoned DJ, playing big-room clubs and sweatbox basements worldwide; a charming radio host, as at home on national FM as regional stations and independent start-ups. It’s this balancing act between the underground and the mainstream that’s seen her become one of the UK’s hottest DJs.

Starting out covering for Sinden’s Kiss FM show in 2010, Moxie began guesting on pirate radio station Rinse and regularly DJing on the London club circuit. After landing her own show on east London’s NTS Radio in 2011, she’s been hosting the same slot ever since and has been heavily involved in the station’s development.  Her work includes hosting in-depth interviews under the title ‘Moxie Presents’, inviting legends such as Jeff Mills, Laurent Garnier and newcomers Lapsley and Formation onto the show.

Through NTS Radio, Moxie has also started a compilation series, ‘Moxie Presents’ which is moving into its 3rd instalment in 2016 showcasing producers she supports on her radio shows.  At the start of 2016, Moxie announced the launch of ‘On Loop.’ A nomadic club night and record label with dates confirmed in London, Glasgow, Manchester, Paris, Lyon, Glastonbury Festival and beyond.

7. Josh Butler
Not as self aggrandizing as the London scene or as outwardly flamboyant as Manchester’s notoriously underground musical movement, Leeds is all too often Britain’s forgotten city when people are evaluating UK talent and we think that’s a massive shame as it’s discreetly a hotbed of creativity.

Boasting a long and illustrious past, the latest name to come off of the Yorkshire city’s conveyor belt of talent is Josh Butler, a man dedicated to dance in more ways than one. One of the new school of the UK house scene we’ve been fans of Josh for a while now, having first featured him on Data Transmission back at the very start of 2013 when he served up a particularly groovy edition of the DT podcast. Since then Mr. Butler has gone on to forge a fierce reputation in the studio as well as the DJ booth, garnering an international following as fans and critics fall over themselves to tip as as one of the hottest up and coming producers in the game today.

6. Sonny Fodera
Having come up through the ranks at a startling rate, Australian Sonny Fodera is now leading from the front. Over the last couple of years, the man originally turned on to the dance by Derrick Carter has fomented his own groove driven, emotive brand of house that now resonates around the world. Turning heads right from the off were his compilations on Deep Down and Defected, which found Sonny adding his remix flair to a bunch of classics, and after that came sophomore effort After Parties & Aeroplanes. Again a collaborative affair featuring the likes of Doorly, Gene Farris and Cajmere, it was a more jacking, sharp-edged treat designed for maximum dance floor impact, but was also stuffed with unforgettable vocals that again saw Sonny stepping up his game with the recently release of his album.

British producer and DJ Billy Kenny is widely accustomed to the lower, more aggressive frequencies in the amalgamation between UK Garage, House and Techno. His hit track “Work” has reigned the bass heavy side of festivals ever since it’s release in August 2014 and continues to do so while more recent releases on Dirtybird, Sweat It Out and his co-run imprint “This Ain’t Bristol” circulate the globe.

Hailing from Leeds, Billy now resides just across the channel in Germany although his sound still remains more Radio 1 than Berghain. This prolific writer now has to be seen as one of the most influential ambassadors in Germany for the sound he represents, despite the fact that over the last year he’s been touring more than ever across five continents. Unlike many producers on the circuit, Billy has perfected his craft behind the decks. His endless edits, live sampling, looping and unexpected choices of weaponry always make his unique set’s one to remember for those listening.

4. Sam Divine
Long associated with the legendary Defected Records, Sam Divine has come a long way since being a record shop employee having spent the last seven years being a key component to the White Isle’s party scene. Her travels have seen her tour throughout Europe as well as Brazil, Chile, Japan and Dominican Republic, with festival highlights including We Are FSTVL (UK) and Pacha Festival (The Netherlands) as well as securing a three year residency at Ushuaia, Ibiza. Without doubt one of the most popular and passionate DJs on the circuit, Sam Divine is a guaranteed floor-filler and party starter.

In an industry where many artists are praised for their efforts and determination Sam Divine shines brightly as a true example of diligence. She is the personification of someone who genuinely possesses such traits and this is evident in her countless achievements in such a short time span and this was amplified in 2016 with her excellent ‘In the House’ Compilation for Defected.

B.Traits is a producer, DJ and radio presenter, bridging underground music from techno to jungle to house. Three intertwining principles that form the foundation of the career of Brianna Price. A journey that has seen her relocate from British Columbia, Canada to London, England; break the UK singles chart with her rave/bass hybrid track ‘Fever’; become an established and respected radio broadcaster for BBC Radio 1 through which she vehemently champions cutting edge underground electronic music; cement her reputation as a trusted selector at countless leading music events; and most recently become an advocate for drug education within her adopted home.

Underpinning all these achievements is Brianna’s passion for sounds from across the musical spectrum, and her now well documented rampant eclecticism.  Brianna has recently presented a special documentary for BBC 3 entitled How Safe Are My Drugs? and mostly recently launched her label ‘In Toto’, which included her first releases in 4 years.

2016 has been Jasper James most successful year yet. Emerging from his roots as a leading tastemaker in Glasgow’s vibrant house scene and breaking away from his peers to become more than just a one-to-watch but a respected touring DJ in his own right. A DJ and producer with talent that stretches beyond his years, he’s crafted his own-brand of house and techno through DJ sets at some of the worlds most respected clubs like The Warehouse Project, Smartbar, Lux, Bobbeaman and Sub Club; his busiest summer in Ibiza with Circoloco, Paradise and Zoo Project; and is equally at home playing festivals such as Glastonbury, Strafwerk, Secret Garden Party and more.

Moulding his sound week-on-week via his recently finished yearly residency at London’s Phonox, his all-night marathon sets have garnered huge attention from visitors to the club. Though only 26 years old, Jasper’s musical heritage goes back a long way – a facet of his make-up that also explains his measured, mature and beyond-his-years demeanour.  We certainly look forward to where 2017 will take him.

After Solardo’s breakthrough single, ‘New Jam’, first turned up in the DT office, it didn’t take long for us to jump on the Solardo bandwagon including them in our ones to watch 2016. Signed to Viva Music, the track went on to become an Ibiza anthem over the summer, picking up heavy play from well, pretty much everyone.

Since then the have gone from strength to strength with an array of strong records, clever productions and the right gigs (including their sell out Solardo Sea Session, which look ridiculous fun) involving explosive, exciting sets.  We all in the Data Transmisison office are massive fans of the collective moniker of MRK1 and James Eliot.

The hype is real with Solardo and they are massive delivering and more in 2016 and we salute them! 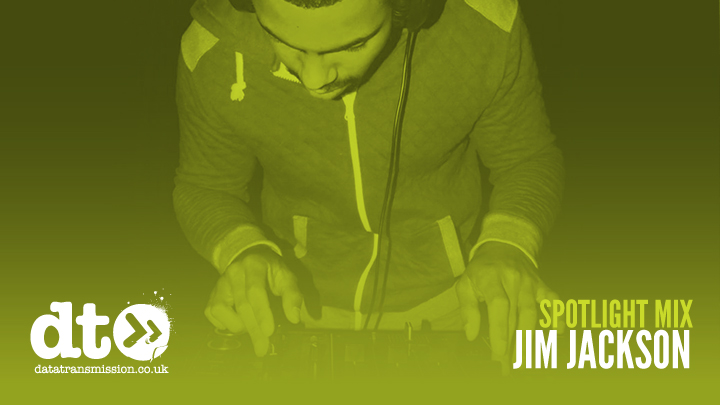