Destino is tucked away in the stunning Talamanca Bay in Ibiza and is Pacha’s newest resort opening this year to offer guests much more than a boutique relaxing holiday experience.

Walking into Destino you could easily mistake it for an exclusive VIP Miami beach resort. The theme is clean and chic with straight symmetrical lines and light concrete floor through out with staff wearing white tops with smiles to match, adding to the venues sleekness. Walking through the crisp glassed lobby and out into the large open arena to the left in the corner is an impressive stage with a think wooden structure dominating above the DJ booth. Throughout the venue there is only two tiny hints of Destinos connection with Pacha which is the iconic cherry logo situated above the DJ booth and by the entrance, as they to keep in with the minimal decor. For Ibiza, drinks were reasonably priced with Heineken at €8 a pop and lots of bars located around the space making queuing not a problem.

So with the scene set let me tell you more about the night at hand. This stunning space has become the perfect backdrop to Pacha’s leading man Solomun and his record label Diynamic parties every Thursday through out the season. Solomun has seen his reputation continue to grow in Ibiza since he started his Diynamic Neon Nights parties at Sankeys in 2012 after a successful 12 weeks it returned the following year along with his highly anticipated debut residency at the legendary Pacha nightclub called Solomun +1, this summer saw him back at Pacha and now his new opened air party home for the celebrated Diymanic’s showcase.

The party kicked off with the first female on the label Magdalena setting the mood and warming up the gathering crowd and while the sun still shone perfectly for Adriatique who also started their set off playing smooth chilled techno before later getting heavier with their bassy beats as the sun began to set. We were then greeted with a cover of darkness Kollektiv Turmstrass who treated the crowd to a pumping live set as preparation the now dense crowd for the main man Solomun. Only after dark could you truly appreciate the light that hangs over the wooden fin sculpture but with the transition from day to night seamless we’re pleased to say the venue worked extremely well in both situations.

Sadly both David August and H.O.S.H were unable to play for various reasons but so strong is the roster of talent that Solomun has amassed for his outlet that it hardly noticed with the acts on display more than making up for these big name absences. In summary a great night was had by all as attendee enjoyed the sophisticated hospitality of a light and airy venue devoid of the Balaeric pretentiousness that unfortunately accompanies so many of the ‘higher end’ venues on the island. 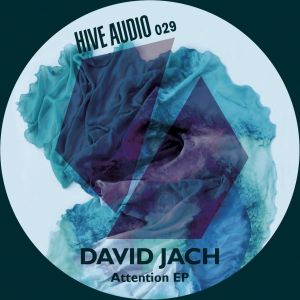