What’s your favourite festival to play at?

I just did Creamfields actually. That was pretty awesome.

Was there any major highlights from that?

Yeah, playing some of my new stuff was pretty awesome. The people knew the songs as well which is always great. They can sing a long to the lyrics. It’s always a good sign. There’s a bunch of stuff. I’m just thinking from the back of my mind, Cochella was pretty awesome. There’s so much man, I’ve done so many gigs, sometimes it just becomes a blur.

I also noticed that you have performed quite a lot in Ibiza. What is it you like most about the White Isle? Do you have any favourite hidden hot spots?

Yeah, I love the island actually. I’ve been going the past six or seven years and it’s an awesome place to DJ I think because it had so much history but it is also an awesome place to come and relax. I do like just coming and chilling out for two or three days trying to get some sun. A cool place to visit is Formentera. It has beautiful clear water. It’s so beautiful and peaceful.

In the past, you have collaborated with some of the biggest producers in the world. These include the likes of Axwell, David Guetta and Sebastian Ingrosso. What was it like to work with such huge names and what effect has that had on your career?

It’s always nice to collaborate with people that are on your level. By that I mean you are on a level where you can understand each other. That’s when the job becomes fun. For example, working with Axwell. The last thing we did was The Temper Trap Remix. It was pretty awesome. You always respond well to someone who gets you and then you come up with a good product. You learn from each other I guess. The other person may have little tricks that you pick up and learn which you may use later on in your production and vice-versa. So it’s a fun learning process.

I wanted to ask you about your Grammy Award nominations. What did it feel like to be nominated for such an award? Secondly, which nomination were you more proud of  – the one for your remix of “Sorry” by Kaskade ” or The Temper Trap remix your undertook with Axwell?

They are both pretty awesome. It feels great to be nominated for the Grammy’s. It’s a very big, prestigious award. So it’s nice to be up there. I would say maybe The Temper Trap – “Sweet Deposition” was my favourite one because I guess I just like that song more. I feel it’s one of the vocals that will stand the test of time and I still play the vocal in a remix or an edit form still to this day.

Switching gears now. In August, you released your latest track “Unbreakable” where you collaborated with Sam Martin. What were your original expectations for this record?

I had no real expectations. When you make music, you put it out there to the world and hopefully they’ll like it. That’s really all it is. On top of that, there’s a whole album that follows the story and there’s a movie that comes with the whole album. It’s much bigger than just a single. My expectations are that people get the album and enjoy it together with the movie because it really is an immersive experience.

Sam also recently co-wrote and featured on David Guetta’s latest single “Lovers Of The Sun.” What was it like to work with such a talented individual?

Sam is great. He is very talented. We spent a day together. We wrote the lyrics, the melodies and all that. I had the instruments ready so we pretty much spent a full day together working. He is an awesome guy, he works very quickly and I think be both had fun. We are very happy with what we came up with.

“Unbreakable” is the first track off of your new album “With You” which will be released later this year. Tell us more about your new album and what we can expect from it.

The album has 12 tracks. It features a lot of artists that are unknown, like I said earlier, I like to work with a lot of new and fresh people. Everybody on the album is like that. The artists come more from the indie world which I really respect and love. I love the music that comes from there, I love the energy and the vibe so I wanted to work with people like that. The music feels quite cinematic which inspired me to do a short film for the whole album, which is also about to come out as well.

Tell us a bit more about the film.

The film was inspired by the music. When I finished the album, I basically listened to the music and I saw a story within the music and put the two together and directed this movie. It was a very, very ambitious project but I’m really glad I did it because I was kind of falling in love with cinema; well for the last twelve to sixteen months anyway. So, this was like a natural step for me to go into film making and do a movie to accompany the album.

Can’t wait for the album to land? Preorder Dirty South’s ‘With You’ here

ATB collaborates with Topic to reimagine “Your Love (9pm) 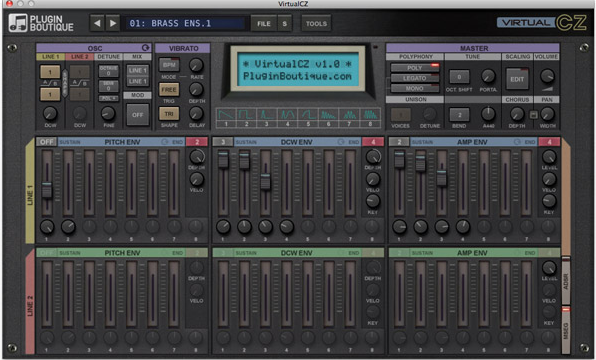