Christian Philip Maxwell Farley, known as Dinamo Azari, is a multi-talented artist, whose hidden talents extend far beyond the borders of electronic music. Besides being known as one fourth of one of electronic music’s most talked about crossover act, Azari & III, he’s also a skilled DJ, prolific producer and songwriter, art show curator and entrepreneur, specialising in Victorian home restoration. Right now however, he’s got one thing on his mind and that’s the forthcoming release of his first solo album Estranged. “I’m having a lot of fun with that”, Christian tells us over Skype, explaining that he’s in the middle of last minute preparations for the release.

Estranged is the natural progression of a sound Dinamo’s been forging for quite a while. The idea behind the LP first emerged as a reaction to extensive touring, involving lots of gigs, flying and interviews. “I started feeling slightly estranged, not necessarily from a person or from society, but I was feeling a bit like a stranger. In the same sense what brought me to this album was being able to just be free, unconscious and subliminal with a message and just seeing what comes out of it.”

In addition to being on the road, it’s the time when Dinamo got lost in the studio late at night, experimenting with gear, that gave birth to an album, which he believes represents him. Moreover, it’s the result of “a lot of spontaneity and late nights in the studio with some really interesting people.”

It’s the Canadian producer’s unorthodox approach to music production that takes his tracks to the next level. Having his own way of doing things, he admits he likes “to play off keys and do everything a little bit different.” He doesn’t like to call it improvising, because he thinks it sounds a bit cheap. “There’s something about notes and music that’s a bit like a gamble and you never know what’s gonna happen.” Some might call it risky, but it’s the formula behind the Toronto artist’s off-the-cuff sonic cosmos.

As spontaneous as Estranged is, it’s no wonder Dinamo admits there were no influences when producing it, in contrast to his previous LP. “The equipment dictated what I was playing, it’s my band essentially. And your band is who you work with. I had my band and I wanted to stick with them. We all work together in a psychopathic way.”

But Azari’s band isn’t just limited to his studio gear, it’s also a blend of talented R&B and gospel vocalists, some of whom he introduced to electronic music himself. “All these vocalists are unbelievable R&B and gospel singers that I’m morphing into house freaks and techno heads. I think that’s always been part of my goal,” he admits. This metamorphosis is key to the vibe of the record, mixing raw analogue aesthetics with emotive vocals.

Speaking of vocals, one of the big discoveries Dinamo made with Estranged is Canadian vocalist James Ken Bailey, who’s on the title track, Break Me and Santo. Calling the 21 year old gospel vocalist one of the best singers he’s ever heard, Dinamo tells me it’s a funny story that brought them together.

“One of my old friends, who’s a gay pastor, just called me one day and said while he was marrying gay couples at a gay pride, this kid, who’s an amazing gospel singer at his church, heard an Azari & III song and said “that’s what I wanna do”. Long story short, I brought James to the studio and it was an instant hit with this kid. He knew exactly what to do, although he’s probably never heard classic house music before. He did great. “

But the LP doesn’t present just up and coming vocalists. Reminiscent of his sound as Azari & III, the album features vocals by original band members Fritz Helder and Starving Yet Full, thus blurring the lines between Azari & III and Dinamo’s new musical journey.

“I think there’s a small bridge that’s there for sure and there’s definitely a connection. You can’t just take away a sound that you’ve created and move on. I still have a lot of that in me and I wanted to express it. I have a ton of interesting stuff that I’ve been putting in the vaults that’s very unique and different.”

With both LPs under his belt proving he’s not a lone wolf in the studio, Dinamo admits he’s really keen on collaborations. Though it’s not just being a part of a team that he enjoys, it’s human beings he finds spellbinding.

“I’m fascinated with humans. Humans are so beautiful, but insanely crazy all at the same time. When I’m in the studio I really want to find that beauty.”

Though egos can be a burden for many artists, Dinamo admits he’s not the “do-it-yourself kind of guy”, but would much rather explore new horizons while working with other musicians. Further raising the curtain on the creative process he follows in the studio, he tells me he likes to write with all his vocalists.

“I want it to be more than just myself. I don’t want it to be my “solo career” Fuck that! I love working people, there are so many interesting artists out there.”

Though it’s not just another artist’s skill set Dinamo appreciates, it’s also their emotions and feelings they’re pouring into the music that brings added value. By looking for a way to find a mutual goal in the studio, collaborations can unlock paths artists wouldn’t necessarily go down on their own. “That’s when understanding human nature comes into play,” Dinamo says. “It’s way more fun to see their hidden talents and bring them out as a producer and see what comes out of it. Because that’s where the hidden gems are, the stuff that’s kind of accidental or just off the cuff.”

And house music’s always been about emotions, with the genre’s biggest anthems celebrating love, unity and inclusion. Although many sub-genres right now bet on a more minimalistic sound, vocals have always been an integral part of house music. To Dinamo, however, the human voice is indispensable. It allows him to go even further and convey a message.

“There’s something about the human voice that people relate to. There’s no doubt about it. This thing that we all have and can share. The voice is very unique so I like to stick with it for my Azari projets. There’s an authentic vibe to that and dance music goes further than just a couple of samples. Lyrics can give a voice. Not that we have major opinions but I like to bring out a feeling and provoke. Authenticity comes from the voice sometimes and it takes me to directions maybe I wouldn’t go if it wasn’t there. It adds a humanistic feel and touch to the experience.”

Many industry people argue that unlike pop music, where singers take the central role, dance music doesn’t really need music videos. Dinamo, however, is not one of them. Having released amazing videos both as Azari & III and as Dinamo Azari, including ‘Hungry For The Power’, ‘Into The Night’ and the latest single ‘Victim’, it’s obvious making music videos is important for the Canadian artist. “I’m very visual,” he confesses. Being a film school graduate himself, he believes music videos can enhance the experience you get when you listen to a track, even if it’s an instrumental one.

“When you add the two together it can really take your message even further. And you can add a nice sense of question. What’s going on? What is this song about? It can provoke another thought, it’s just another form.”

Having added Estranged to his already formidable back catalogue, might we see him one day reform Azari & III? Data Transmission had certainly hoped so, holding on to a post by Alixander III, announcing the break-up, which mentioned a “phoenix, which rises from the flames impervious.” However, Dinamo revealed that he will unfortunately have to disappoint fans, with a reunion not on the menu.

“I thought it was really straight forward. We don’t know what the phoenix is. It’s just a random thing. It’s like a lucid dream, but dreams come to an end, you wake up and sometimes you might be in a different place. Yeah, we’re done. “

It might be over for Azari & III, but it’s just the beginning for Dinamo. With the forthcoming release of Estranged and lots of remixes from the likes of Horse Meat Disco, Carl Craig, Toby Tobias, Marcos Cabral and the actual Justin James on the horizon, 2016 is shaping up so nicely for the Canadian artist.

Estranged will arrive on vinyl and digitally via the Vinyl Factory March 11th. Check out the official video to album cut, Victim, below. 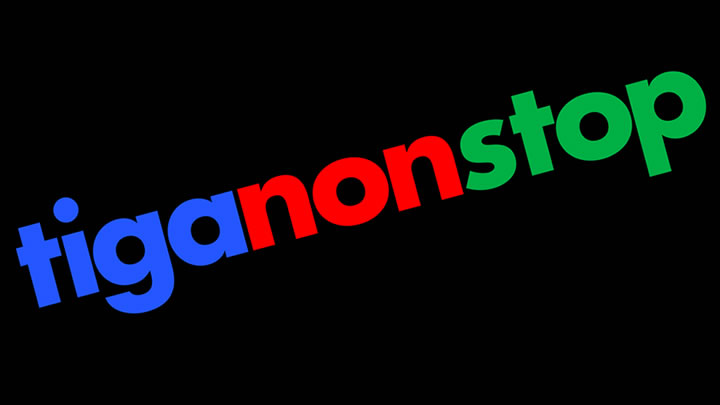