As frontman of Monnom Black and part-owner of the Ear To Ground contingent, Dax J has had a big 2015. Frequently surfing the European club scene, as well as a few gigs further afield, Dax has been making serious waves promoting his sound this year, playing at Glastonbury and most notably making his big splash on to the Berghain roster in July with his first live set. Despite this hectic tour schedule, the London ex-pat somehow found the time to sit in his Berlin studio to produce his debut album which if his previous releases anything to go by then we knew that we would need to make sure we gave it a listen somewhere suitable, you know like… Antartica, just so we didn’t get our faces melted off…

Though Dax’s take on techno can be headstrong while delivering the message he often likes to promote (RAVE!), ‘Shades of Black’ explores the recesses he often leaves untouched when it comes to his inspirations and influences.

So with his album currently in our heads on our playlists we thought there was no better time than now to catch up with Dax as he looks forward to the brightest of possible futures.

First off, congratulations on the release of your first album. How did you find juggling making the album and gigging constantly?

It was kind of alright, because I’m making music full time now in the week so as long as I don’t get too smashed up on the weekend then I’ve pretty much got four or five whole days in the week to make music. Which is plenty of time.

Do you always give yourself of four or five days a week to make music then?

Yeah I try to, but recently I’ve been less days in here because sometimes because of gigs, but sometimes I’m doing a lot admin stuff at home, if I get a load of emails I get distracted obviously and before you know it, the whole day’s gone. But I have bad weeks and good weeks, but generally I’m here as much as I can. I love coming in here. Also the last month I’ve been in here less because I’ve been doing German classes. 20 hours a week German. I had four months off in the summer so I was making loads of music in the summer, then I started German again and then straight away I noticed it was eating my time because I would be four hours in the morning at German then I would come here and I would have to leave early to go home and do my German homework. I would have to go to bed at a normal hour so I can get up on time because I’m shit at getting up. So the last month actually, that’s why my production has gone a bit less.

Do you set yourself targets every month?

No targets, but I just like to get shit finished. I don’t like to make too many ideas and not go back to them. I always like to have at least five or six tracks finished a month – minimum.

Sounds intense. How does that process work? Do you go in and work X hours and get one track done? Do you work on many at a time?

Recently I will try and work really fast. I will try and make a track, the main idea, really quickly. I would just get that done in a day or two. I would do loads and make like ten tracks and then I would go back and listen to them all and there would normally be about three or four that stand out. Then I would go back in on them and finish them. Then I usually have about five that don’t get finished.

So of the ten tracks, do they all share the same idea or stem or are there just ten different tracks?

Would you say your gigs have had a certain level of influence on making the album or did you know where you were going with it before?

Recently when I’m playing, I’ll be in the middle of a set and I’ll be looking for a track, or I’ll be mixing out of a certain tune and I will think “I need a tune like this. I need a specific dub track to mix out of this track, I can’t find it.” and in my head I would think “Yeah, I should make something like that.”. But generally when I made the album I wasn’t really influenced by any gigs. I wasn’t really making them specifically for gigs.

When did you start?

So I would say that the whole process was about six months. Once I decided to start on it.

Was it a case of “I’m gonna start an album.” or was it “I’m gonna make a lot of tracks.” that turned into an album?

I’d been thinking about the idea since 2014, since last summer. I was thinking “I could do it.” and it got to new year and I thought “I’m gonna do it this year.” and then I started around January, February. I started really thinking about it, thinking about the concept or just which way to go. For me to do an album, you’ve got two avenues – some people say there shouldn’t be anything for the dance floor. It should be all listening at home stuff or there’s other people that say that DJs should be able to play it. There’s two different ways.

I also think it’s about what sort of audience you go for. So if you’re going to make a non-dance floor album, then obviously DJs aren’t really going to play it. But then collectors are gonna play it at home. So there’s no right or wrong is there? You have just got to go with what you feel. I tried to get a bit of a balance between the two. I wanted to be able to play it myself when I play out. I also needed to include stuff that I would want to listen to at home and stuff that had influenced me in the past, I wanted to make it meaningful and personal.

What do you think is the running thread throughout the album?

So this one was a lot more jungle themed. Jungle and drum and bass. I was using a lot of amen breaks and a lot of the jungle influenced stuff. I love a lot of the pads and chords that were always in the old jungle tracks. I never really get a chance to use them in tracks. So I was doing that again. I’m really nostalgic so I thought “Fuck it, it’s my album, I’m gonna do it!”. I would say it’s from the heart. I’m definitely doing what I feel. Trying to have a little influence from the outside as possible. I think it’s important for any artist generally. Because at the end of the day if you’re just going to copy someone, you’re never going to get anywhere, because people are going to know it’s a copy. The only way you’re going to stand out is if you are yourself. You need to put that across. 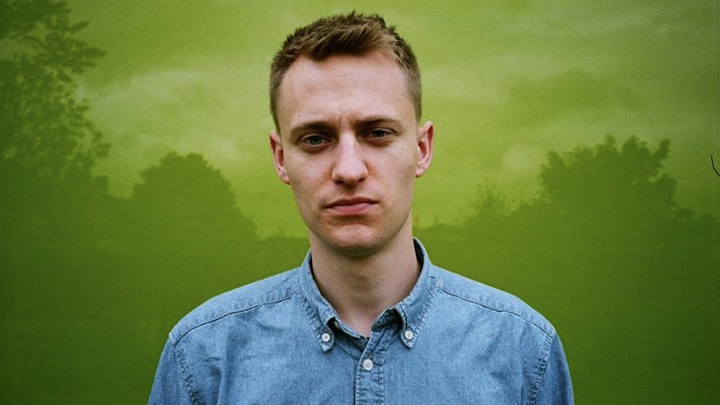