Hailing from Venice, Cosmic Cowboys are a duo like few others in the modern electronic music domain. Their sound – by their own admission – is produced with ‘cosmic’ sounds in mind, and regardless of their definition, it’s clear that it’s endearing the hearts and minds of some of the label’s most pivotal figures. Little wonder then, that Nicola and Kaled have already had their music signed to some seriously influential labels, with Bedrock, Plastic City and most recently, Time Has Changed, all coming in for the Cosmic Cowboys treatment. Ahead of the Perseus EP’s release on Time Has Changed, we decided to put a few questions their way…

What was growing up in Venice like? A great place for electronic music I guess?

Venice is just so different to any other place in the world. It’s a great place for music and art in general but electronic music is becoming an important part of the artistic output that the city is offering to the world. It’s the kind of city where every corner allows you to feel something deep in your heart and if you can feel these emotions then it will be easy to get inspired to write music. The lagoon at dusk warms our soul with that red light that seems to embrace everything and everyone. You can also get a boat ride in front of Piazza San Marco, walk in the night through its narrow streets are just some of the images that Venice can offer to someone who’s discovering the city is amazing.

The electronic scene here is rising fast to an established international level and together with artists such as Italoboyz, Sam Paganini, Re-UP, Lehar, Olderic, Fango, Spiller, Bottin, The Analogue Cops and Alex Picone, our city is offering something very interesting to the world of electronic music. Each of these names has high skills both with regards to DJing and producing music, but in a wide range of styles starting from our melodic sound, to old school house or the extremely dry minimal deep flow rising nowadays but also to techno or disco productions. This is a sign of how diverse the city can be and it makes us proud to come from here.

Cool. Sounds interesting. Can you tell us a bit about your alias, Cosmic Cowboys? Where does the name come from?

We have always been big fans of sci-fi movies and when we found the name for the project it just felt natural to use this moniker. But we must admit that our sound is well represented by this name, as it mixes those dreamy and ethereal sounds that remind us of space, together with warm and smooth melodies influenced by ballads and the love songs that you could play with the guitar around the fireplace.

Right. Were you always set on being musicians then? Did you study music at school?

We studied the best way to avoid going to the lessons and we were pretty good at that! But one day we finally graduated in political sciences and international relations. We had no music lessons at all and what we know about music is what we learned by ourselves with a lot of practice and some help from friends who had the chance to learn music in school.

The most important thing is to have patience and not to feel the pressure of achieving success too fast. We’ve seen cool guys making one or two hot tracks on good labels and after a couple of months we’ve seen them disappear because their production or DJ skills were not good enough to face the international market.

A good friend of ours once said: “You know when they tell you that less is more? Ok, don’t listen to them. Less is less and more is more cause there’s no damn limit to the sounds you can add to a track as soon as you’re able to put them at the right place and shape them in the right way”. Many probably won’t agree with this sentence but for us at least, this was surely an important lesson.

Interesting. What piece of advice would you give to up-and-coming DJs and producers?

Don’t force yourself to follow a style, a label or an inner circle of people, but just write what you feel and do it the best you can while trying to get better everyday. When your time comes to make a move then you’ll be ready to do some serious damage on the scene and only a solid level experience will lead you to that point.

Can you tell us a bit about your latest EP on Time Has Changed? How did it end up getting signed there?

We’re very good friends of Acumen and Timid Boy and we always planned to release a new EP on THC after our last one, ‘Miraggio’. So when we had ‘Perseus’ ready we were sure it was the perfect follow up for the label.

Was it produced with the label in mind then?

Not really. We never think about certain labels to send our stuff to, but we just create what we feel. When it’s ready we start to think how crazy it would be to release our music in certain places. And that is also why our sound is quite unique as it features so many influences. So you’re never sure if it’s deep house, tech house, dub techno or whatever. Our sound can only be defined one way and that’s cosmic!

That it is. What’s it like to work in the studio with each other?

We have our highs and lows of course, but in general the mood is very good because we know we’re doing what we’ve always dreamed about and this is our chance to demonstrate that to all the people who’ve supported us. Sometimes we disagree and it’s not always fast and easy to create new music, but even if it’s a bad day we still stand in front of the keyboard and try to discover new stuff and experiment with new loops and sounds. After all, you don’t know which will be the day that you produce an international hit so we try to think about every day.

And did the EP end up exactly as you imagined it might?

Definitely. The original and the remix perfectly match the mood of the time of the night we were aiming for. THC is a great label that always delivers excellent music so we’re just happy about how we got to this point and about what we’re proposing to the crowd.

Speaking of crowds, what DJ gigs have you got planned for the summer?

We’re about to leave for Barcelona where we’ll play for the Maurice Aymard’s Galaktika Records showcase and youANDme’s Rotary Cocktail and after the Sonar week we are going to play in Genova, then back to Venice for a nice open air together with Adriatique and Lehar and the week after we’ll have our own event Origami where we’ve invited Patlac to appear as our guest. Then we have several other gigs in Belgium, France, Switzerland and Ukraine before we’ll finally having a week of holiday to recharge our batteries before our debut tour in Brazil.

Brazil eh? We’re already jealous of your South American adventure… What more can we look forward to from you guys in the near future?

Just expect the unexpected because the best has yet to come.

Cosmic Cowboys’ ‘Perseus’ is out soon on Time Has Changed 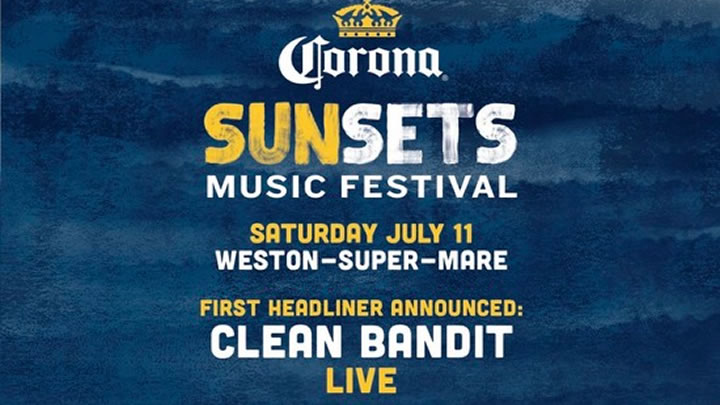