In Conversation with Niko Marks 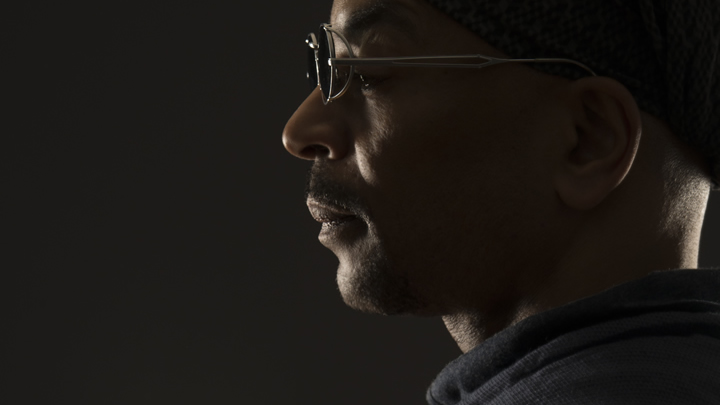 When it comes to dedication to art then Niko Marks instantly springs to mind. Niko started to record in the early nineties combining multiple genres to create his eclectic unique sound.  Niko is never too current, his sheer artistry enables him to create music consistently ahead of its time.  Niko, although extremely prominent in a studio environment is also versatile enough to fit into any musical scenario. He is able to switch roles from a vocalist to songwriter to producer, something that seems to be a rare occurrence especially in electronic music.

Niko doesn’t stick to the standard script his musical knowledge enables him to be able to use other genres as influences within the creative process. The project Niko Marks and The City Boy Players is a prime example of this, as the music ranged from R&B, Disco and intense electronica to create what can only be described as immaculate groove.  Niko Marks is a prime example of how to remain consistent in the game, he just loves doing what he does and sticks to his credentials, With a new album released on Carl Craig’s Planet E imprint, one thing is for certain Niko Marks is here to stay and rightfully so.

It is with great pleasure to welcome one of Detroit’s most inspirational artists Niko Marks. Niko boasts an extensive musical back catalogue and has worked with some of the biggest labels not just in dance music but within music as a whole, EMI and R&S just to name a few.  With over 20 years of experience in the music industry, Niko has continued to be relevant in today’s current electronic music scene gaining support from the likes of Carl Craig, Giles Peterson and Dave Clark. We approached Niko to discuss his latest album, Day Of Knowing that is released on Planet E Communications (listen to it below). We talked musical influences, album concept, future plans and much more, STAY TUNED. 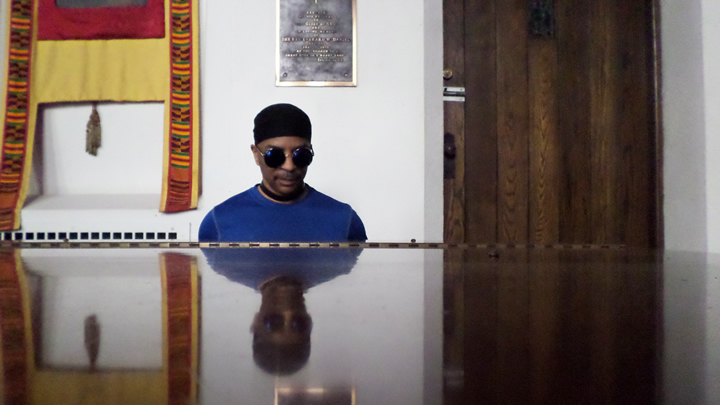 Hi Niko. Thanks for taking the time to speak to us here at Data Transmission. I would firstly like to start with discussing your album, which is due to be released in February on Carl Craig’s Planet E imprint, I hear this is your 44th album in total, can you tell me the thought process whilst making the album and how it differs from your previous work?

Well, with this particular album, I focused on all the different genres that influenced me over the years – such as jazz, funk, soul and even classical…bringing all of that together into one package. It differs from my previous work in that I didn’t purposely set out to tie all of the genres together. I would produce what I was feeling at the time and it came out to be as it came out to be.

I definitely noticed those various genres within your album, Niko just want to touch on your hometown of Detroit, Obviously the city has been a huge influence in dance music, is the cultural aspect of Detroit still alive today and do you feel that it is getting stronger?

I feel it could have more light shined upon it. Everyone talks about Detroit in the way of where things started like with Derrick May, Juan Atkins, Kevin Saunderson and Underground Resistance which is a credit to them; however, the newer artists are not receiving as much light as the legendary cats, however, there are signs of that dynamic changing. Culturally, the music that was once a fore runner seems to have all but taken a back seat to EDM produced by artists outside of the U.S. 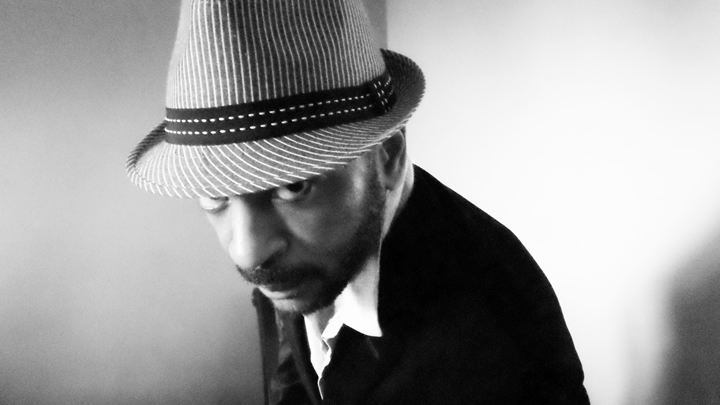 Remaining on the subject of Detroit it is clear that the city is extremely known for its use of Technology in music, can you talk us through some of the hardware that you used within your work, do you still work with analogue?

Yes, I do use analogue gear, in particular the sounds from gear made by Roland like the 808 and 909 drum machines – they are iconic. I also use Nord products and most recently Yamaha DX Reface. Lately, I’ve been using software developed by Arturia because they were able to emulate some of the analogue sounds so closely that it didn’t affect, for me anyway, the sound that I was after. The gear I choose depends on the quality of sound it delivers – like if I’m looking for something more realistic, like piano, organ or clavinet, I’ll use Roland and/or Nord gear.

I want to briefly talk about the track Saint Antonio I chose this track because of the feeling and emotion that it provides. I personally felt like I was driving in a car down Miami Beach on a summers day, it clearly has a range of music influences within it that I tend to find common with regards to music from Detroit, can you talk me through what you were trying to express within the specific track.

(laughs) Well, Saint Antonio was to illustrate a mood of a certain individual who puts out an air about himself of being more righteous than the next person. Some people can have that aura about themselves but they come subtly with it. “His” was sort of subtle so you may not have recognized it right away and so that’s why the track sounds a bit smooth. So for me that’s like an illustration of discovery (laughs)….discovering a hidden vibe. 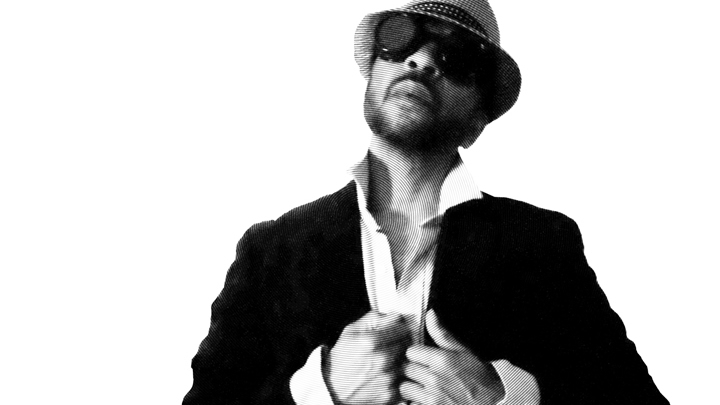 I get what you mean although the track provided me with a specific feeling It would also work perfectly in a club or for home listening, I have to say it was my favourite track in the album.

How does it feel to release an album on Planet E?  How does the label concept fit in with your sound?

It’s an honour to have a full release with Planet e and to experience the professionalism of the entire PE family. Carl has always released diverse music that at times has been eclectic so the Day of Knowing album was a perfect fit for the label and he never interfered with my creative process. I had complete creative freedom which showed a high level of respect for my artistry. His main concern was what the music should sound like sonically. 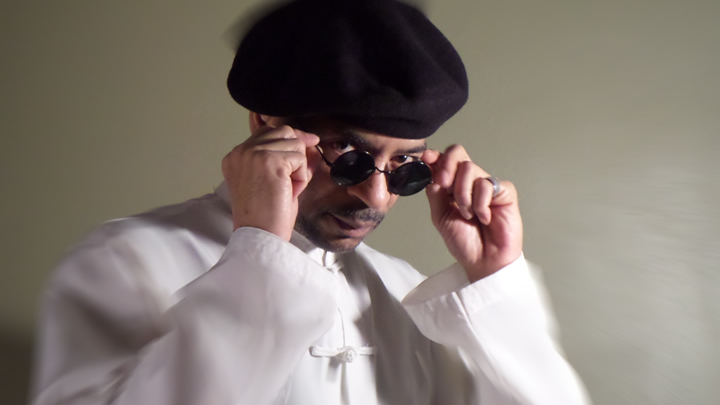 You are renowned for your live sets as well as your DJ’ing. What is your preferred performing method and why?

I prefer performing live. I’ve dealt with a lot of musicians and having that interaction on stage is a bit more exciting and I’m able to engage more with the audience when it’s that way. And at the same token, I also like when I play solo when it’s more like a DJ set…bringing out a couple of keyboards to add a bit of flare. You know…

How would you describe your music overall?

With my music, I always want to express what is within me. I want to create something that is essential to everyone.

I am a firm believer that album names are essential in conveying a message, can you discuss how you came up with the album title?

With the name “Day of Knowing”, I wanted to really express the moment in which I was able to represent what I have travelled through musically thus far in my career. 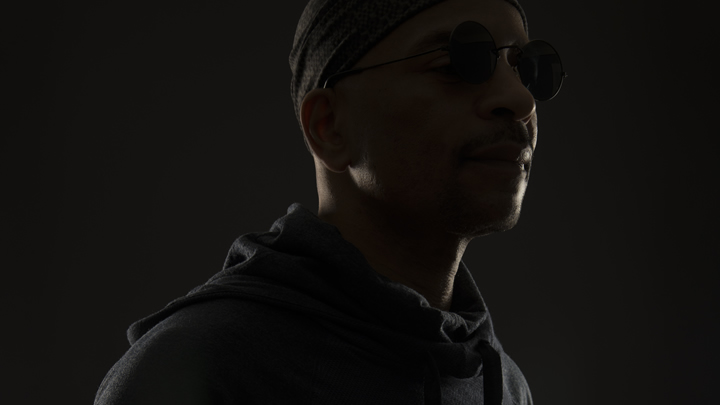 Can you talk me through how you got into dance music and your early influences? Was the Electrifying Mojo an influential figure to you?

Most definitely Electrifying Mojo was influential to me. At the time I was getting into electronic music, he was playing and introducing some of Juan Atkins’ tracks, like “Cosmic Cars” and “No UFOs” which further peaked my interest in electronic music.

I have to mention a local friend and DJ, Michael Clark who was extremely into house music and would play various house music tracks from Chicago, Detroit and New York, to let me hear what others were doing. We eventually ended up working together.

A lot of Michaels then

(laughs) Yeah…I haven’t really thought of that before but a lot of the people that helped me along the way were named Michael. I have to also mention Herschel Boone who is a great writer, singer and producer who is currently a background singer for Kid Rock. Another influence is Dwight Adams – a good friend and trumpeter who is now a part of the horn section with Stevie Wonder.  Definitely check them out…

Although you are self-releasing recently, you have also been involved with bands, how does this differ from self-releasing and has it helped you become more versatile in the creation process?

Good question. Most definitely I would have to say that working within a band has made me develop patience. I learned how to play as one – seamlessly together. It helped me become more versatile because I would pick up the technique of the guitar player, bass player and drummer taking notes from how they played – utilizing their technique in my sequencing. 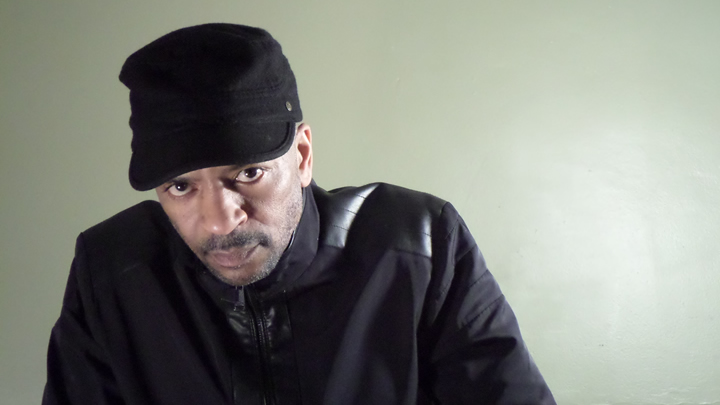 Are there any new artists today that we should be looking out for?

Yes, be on the look out for Justin Bernard (U2XProductions)

Are you expecting to tour once the album has been released? If so can we expect a UK date?

Though there are no confirmed dates as of yet to play the UK this year, I’m very optimistic that I will be scheduled there to help promote the album

I always like to ask artists this question to finish off an interview, so, Niko can you give me some of your favourite pieces of music? It can be any genre

Wow. Let me think. Stevie Wonder’s “Superstition”, Juan Atkins’ “Cosmic Cars”, “Sign O’ The Times” by Prince, “777-9311” by The Time, “One Nation (Under a Groove) by Parliament Funkadelic, “I Want To Be Free” by The Ohio Players, “Fly” by Al Jarreau, The Doors’ “Riders of The Storm” and The Beatles’ “We Can Work It Out” and so many, many more great pieces of music by great artists that I enjoy – too many to list here. 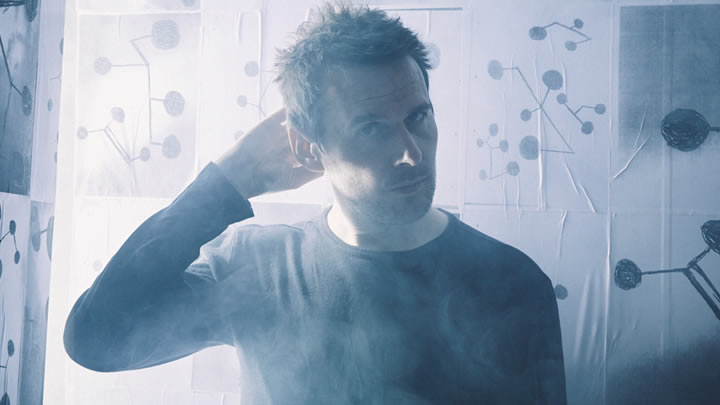