In Conversation with… Fatboy Slim

I was a Fatboy Slim fan before I was even a fan of dance music.

His 1998 ‘We’ve Come A Long Way Baby’ & 2000’s ‘Halfway Between the Gutter & the Stars’ made-up the backbone of my early CD collection. Indeed, he is a personality who transcends electronic music. It’s part of the reason why Danny Boyle lauded him with such a high-profile role in the London Olympics opening ceremony. Norman Cook’s alter-ego isn’t just part of the UK consciousness, but he embodies a turning point in our history – a point where underground culture became accepted into the mainstream. He’s made the Acid Smile his own. He was one of the first pioneers in the industry to turn himself into a brand. His hits soundtracked our youth. And on 17th December he’ll takeover the O2 arena in Greenwich Peninsula for a one-off show for the ages.

We sit down to chat with Norman moments before he is due on-stage at Creamfields. It’s a casual setting away from the high-jinx of the music arena. For the second-consecutive year he is hosting his own Smile High tent at the UK largest electronic music festival. “Last year this was my baby. We did the human smiley – we weren’t allowed to do that again this year; helicopters, health & safety… but we know what works.” He is calm. Considered. Far more relaxed than his boisterous on-stage persona. But then again, he is now a seasoned-veteran of the game.

It’s been a tumultuous 12-months for Fatboy Slim. A year which has again seen his private life occupy tabloid headlines. The level of intrusion is excessive. And Norman Cook is a man who knows all about excess. For a celebrity whose demons with addiction have been previously well documented, it is clear it is now he feels most comfortable in his own skin. Gone are the days of endless, dare we say reckless, partying. He appears assured. Press-scrutiny aside, he’s focused. He looks… healthy. Incredible so. He is leaner. Occasionally he puffs on his vaper. It’s the latest in a line of positive lifestyle changes he has made in recent years.

Our conversation moves onto Ibiza – another home from home. Amazingly, summer 2016 marked Fatboy’s first official residency in Ibiza. Across the summer he hosted seven exclusive dates on Amensia’s terrace for Ibiza institution Cream. “I know! It’s crazy. It’s been fantastic, though. People were surprised that I hadn’t done a residency before – including me (!) I usually play out there 8-10 times a year, but for different parties. There’s something about Cream at Amnesia. It’s the one I kept coming back to. So when the offered it…” he trails off, but the point is clear. When the big guns come calling… Evidently it was too hot an opportunity to turn down. It’s a match that fits. Cream have held court at Amnesia on Thursday since 1994 – the island’s longest running party.

And although residency may have alluded him until now, Norman’s impact on the island has not gone unnoticed. In 2013 he was honoured for his contribution to the island with the IMS Legend Award during opening week. Norman becomes more animated now; more enthused. A sparkle appears in his eye. It has clearly been a labour of love for him “There’s 1 more date to go. It’s flown by! Weirdly enough, it’s made my summer feel more measured. I’m actually more grounded by the fact that I know if it’s a Thursday: I’m in Ibiza.” When pressed if he’ll be invited back next season, he is reluctant to give anything away. “Who knows? We’ve all enjoyed the experience. So we’ll see.” he teases with a knowing, assured nod.

“It’s gonna be the biggest indoor show I’ve ever done. We’ve haven’t done arenas in the past, but it’s the O2. So it’s gotta be done!”

Our chat steers to the end of the year “It’s gonna be the biggest indoor show I’ve ever done. We’ve haven’t done arenas in the past, but it’s the O2. So it’s gotta be done!” Much like his Ibiza residency, it’s hard to believe he isn’t already a part of the O2’s history. Details are being drip-fed, but what we do know is that the show will centre around a 360o smiley concept. So expect some hefty production. And, naturally, Norman will be centre-stage. “I think we’ll have some support acts, but it’s all about me! No, we’re going to do all the things that we’ve always wanted to do. A really big show – the kind of show you can’t do outdoors.” We pry to see if this could be the start of something bigger. An arena tour perhaps? But Norman is adamant in his rebuttal. “No, it’s a show we’re going to do just the once. And it’s going to be excellent.”

We say our goodbye, only to be reacquainted minutes later in the hustle-and-bustle of the Smile High Club dancefloor. The crowd throngs. He may be three-decades into his career, but Fatboy Slim is still a certified crowd-puller. He breezes through his back-catalogue, intertwining the likes of Coldplay alongside more obvious choices like Avicii & David Zowie. The energy is inescapable; Fatboy’s flamboyancy infectious. If we were chatting to Norman earlier; we are living Fatboy Slim now! We take a bruising, but it’s worth it. We are left breathless. He may be 53. But on this evidence the Fatboy shows no signs of slowing down.

Weeks later, when festival season seems like a distant memory, we are reminded of Norman’s level of contribution to dance music. His Essential Mix – recorded live at Bestival – transports us right back to a field Daresbury. Conversely, we are reassured that he can still cut it with the best of the underground as a Boiler Room (his first ever) showcases him digger deeper into his record collection than he usually cares to. It’s undeniable. Fatboy Slim is larger than life. Still. Our attention turns to December 17th. All eyes on the O2. When it’ll be time to dust down the Hawaiian shirt and inflate the yellow smiley ball one more time! It’d be rude not to. It ain’t over until the Fatboy sings! 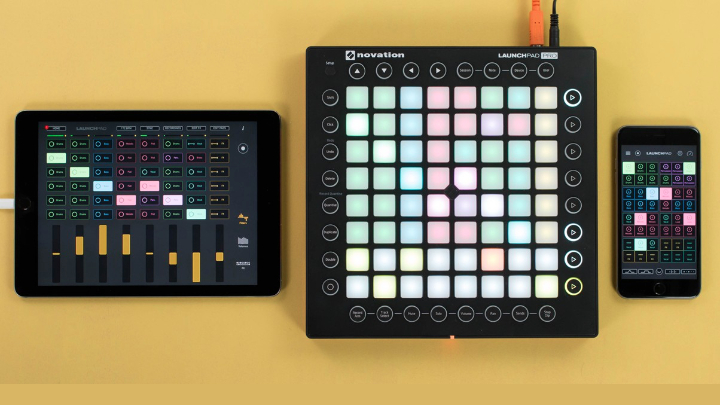