Consumed By The Producer: Prosumer

“If you watch old episodes of Star Trek, their vision of the future seems funny and old fashioned. But a lot of their ideas did shape the future. So; it’s both visionary and nostalgic.”

Prosumer, real name Achim Brandenburg, had a day job in advertising whilst he was making his mark as a fledgling producer. Whilst in many other cases this may have resulted in an artist with a super savvy, multi platform, achingly modern marketing image, it led Achim down a more thoughtful path.

Formerly one of Berlin’s best kept secrets (back when Berlin was clubbing’s best kept secret, and clubbing was itself, a pretty well kept secret) the producer moved to Edinburgh in 2012, giving up his long running residency at Panorama bar, citing a need for more space and freedom. The move in itself is indeed because, as the hipsters scream, Berlin is changing. But Prosumer’s take on the situation has got more to do with what’s going on inside DJ booths, rather than the changing standards behind door-entry policies. “When I speak to my friends who have spent all their lives in Berlin-” Achim himself moved there from Saarbruecken, where he spent his childhood – “they were there to experience the fall of the Berlin wall. Compared with that they’re not particularly overwhelmed with any massive ‘change’ in the city..”. However, Achim does admit the move to Edinburgh wasn’t just on a whim: “I can’t speak for everyone, but for me it has lost a bit of it’s mix. It had a wild mix. People, parties, sounds. Now, everything, every night has become professionalised, specialised, placed into it’s own niche.” As a result of the standardising of the clubbing community “Maybe my own focus has changed, but I feel a lot of the places you go to are quite samey.”

For Achim, standardising a sound is the last thing on the agenda. His own signature style – analoguey, house-friendly techno is the result of a long journey. “Normally I record it to tape, then just play it for months and months, then decide eventually, ‘ah, it’s not that bad!’” before it ever sees the light of day. Meanwhile his actual production is kept as physical as possible – drum machines and analog synths are the order of the day. His thinking behind that is twofold. The first is practical “When I started out I was working in advertising, and studying graphic design. I spent all my time in front of  a computer. So when it came to making music in my free time, I wanted to be as far away from a computer as possible.”

When we start discussing the fact that there’s a number of – particularly European techno – producers out there who maintain a similar philosophy on music away from the macbook, Achim pauses, opening with “I really can’t speak for anyone but myself” (a phrase the thoughtful German has used in several questions so far) before launching into a deep discussion on his philosophy behind electronic music: “I…..I like people. I like the human factor in music. Old synths, drum machines aren’t alive but they have personalities, eccentricities. When you listen to the sound they make, it transports you back to their origin – to places like Detroit for example, where people were making this music as a kind of vision, a hope for a better future. I think that’s a lot more human than shiny stuff made specifically to packed dancefloors.”

Not that packing dancefloors is something Prosumer is against. He may have retreated to Edinburgh because “There are DJs out there who can travel and make music on the move. I need time to think. I need quiet weekends in the studio” however word of the producer that has always done things his own way has spread. Other producers rate him for his sound, production ability and personal conviction, whilst bloggers like him for his shyness of social media and his insistence of, where possible, playing on vinyl (much of which was bought from a single store – Hard Wax Berlin). It’s not just indoor floors either: he’s playing Croatian fittingly-alternate electronic installments Electric Elephant and The Garden Festival this summer – both known birthing pools of independent electronic thinkers – that have seen the likes of Seth Troxler and Axel Bowman pass through their gates in previous years. He’s got a label launch in the pipeline, which he reports in a refreshingly un-media-prepped answer “It’s with my good friend Murat Tepeli, it’s going to be called Potion. That’s all we got so far”. Has his move into  label work changed his take on production? “Well…no. Although now I guess if I make a track I’m going to have to put it out there a bit quicker!” he laughs.

It’s all go for Achim in 2014, but if anything, he’s become even more introspective than he was years ago pondering the reasons behind techno’s conflicting visionary and nostalgic nature. He’s escaped to Edinburgh, he’s plotting a label and a string of international gigs, yet increasingly he talks of context: “You start with Detroit, and Chicago sounds, then you hear the underground music of New York, and as you get older, you start to get intrigued by the history of all this – about where it came from.” Once again he’s quick to reassert this is just his personal opinion, however “It comes down to longing, making music that reflects a better future. Maybe that’s why Berlin’s changed, because people aren’t living with the same financial pressure.” Perhaps then, Achim proves the exception. Living in relative exile he may be, but he’s certainly a man on the make. Lucky for Prosumer, the producer’s consumers may be of a diverse financial background, but all are agreed the man continues to break new ground.

Catch Prosumer at The Garden Festivals and Electric Elephant festivals in Tisno, Croatia this July 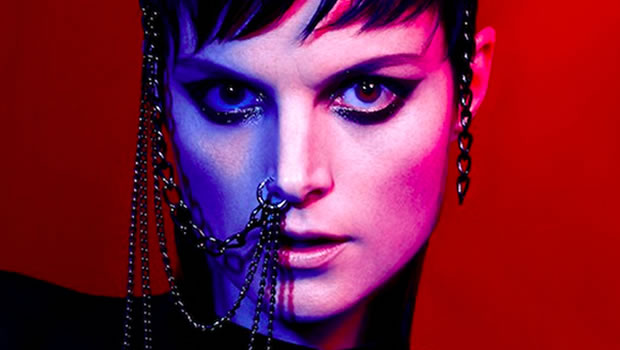