You’re Rob da Bank – DJ, label owner, family man, and founder of two hugely successful festivals: Bestival and Camp Bestival – yet you still find yourself with free time; what do you do? Why, set up another festival, of course. Thus Data Transmission find ourselves at Common People, Rob’s new weekender, located amongst the sprawling greenery of Southampton Common (we’re guessing it didn’t take too long to name this one).

As a non-camping, city-fest, Common People instantly draws comparisons to the likes of Parklife, Lovebox and SW4, although on a much smaller scale – it is the inaugural year after all – and seems a wise choice for Rob when we imagine the size of the clean up operations that must follow his other two, camping festivals.

Outside of London, city festivals can feel almost like community-building exercises, and with Common People offering a generous portion of local acts alongside its big hitters, this feeling only grows. As we arrive on a sunny Saturday afternoon, we find half the population of Southampton has had the same idea. Perhaps it’s the setting, but the place feels rammed, as we weave our way through thousands of revellers, attempting not to step on any picnic mats, inflatables or small children.

Over at the Uncommon stage – a wooden construction that looks and feels like a pub garden – we revisit our teenage years, with the pop-punk stylings of Sunday Best signees, Wild Smiles, before heading over to the dance tent in search of something more electronic. Hosted by local nightclubs Junk and Switch over the weekend, the Big Top promises big names, though apparently that doesn’t necessarily mean the best beats. We drop in on Hotflush duo, Dense & Pika, and, although lured in with a helping of chaotic techno, swiftly make an exit when the set morphs into lazily grooving house.

Walking to victory as our highlight of the day is De La Soul. The 3 Feet High And Rising trio (minus Maseo for this performance), have enjoyed somewhat of a comeback of late, dropping their Smell The D.A.I.S.Y. mixtape in 2014, and recently becoming the second highest funded music project on Kickstarter in an effort to raise money for a new album. Working the crowd in expert fashion, rappers Posdnous and Trugoy got the positive vibes flowing freely – encouraging photographers to put down their cameras and enjoy the show, swiftly breaking their promise of only five curse words, and gently ribbing the V.I.P. section for not partying with the common people. As they reel off classics like ‘Potholes In My Lawn’, ‘Stakes Is High’ and ‘Me, Myself And I’, it’s easy to understand why De La Soul were booked for the festival; the group have always been champions of the average joe. “We’re common people, no bullshit,” they claim, and despite their fame, Data Transmission find it hard to argue.

As with the previous afternoon, we begin Sunday at the Uncommon stage, easing ourselves in to the sounds of Bestival favourite, Cholombian. Seamlessly blending between the pitter-patter of 808s, ghostly hip hop and even Alt-J, he displays a penchant for subtlety and the keen ear of a top selecta. Next up, it’s back over to the mainstage for Southampton three-piece, Band Of Skulls, for perhaps the most surprising and entertaining performance of the day. Being largely out-of-the-loop with such things, Data Transmission is blown away by the band’s rough ‘n’ tumble take on hard rock. We get lost in tracks such as ‘Death By Diamonds And Pearls’ and ‘I Know What I Am’, as the group disregard much of the associated pomp in favour of driving riffs and an aura of garage rock.

Following a quick diversion to fill ourselves with chilli con carne, we head over to dance tent to catch the big daddy himself, Rob da Bank. As expected, Rob provides the full variety pack, cycling through the classic sounds of Chaka Demus & Pliers‘ ‘Murder She Wrote’, Shy FX & UK Apachi‘s ‘Original Nuttah’ and a plethora of house and disco. Rob’s appreciation for the bonding power of music is clear to see (as if three festivals hadn’t proven that already), and his set feels like a reunion – although we’re not exactly sure who with or what for.

Relaxing on the grass to the upbeat house of Chicago legend Derrick Carter, we recuperate briefly before our final stop of the day – Grace Jones. A regular face on the festival circuit, Grace is just as charismatic and outrageously grandiose as we hope. A troupe of dancers, African sunsets and rapid costume changes, provide the most impressive visual display of the weekend. Incredibly sprightly for a 67-year-old, the singer darts about the multi-layered stage, until suddenly she stumbles and falls – does that stop her though? Of course not. Grace recovers instantly, laughing off how she “shouldn’t be wearing those high-fucking-heels”.

A few teething problems aside, we can’t be too harsh on Common People. As the festival grows older, expands and becomes more organised, Data Transmission can see a bright future ahead, particularly for the people of Southampton. Rather than the churned out, corporate façade more regularly presented by the bloated festival market, the Common People attitude gives us a sense of community and artistic value, and leaves us thinking that we simply want to do whatever common people do… 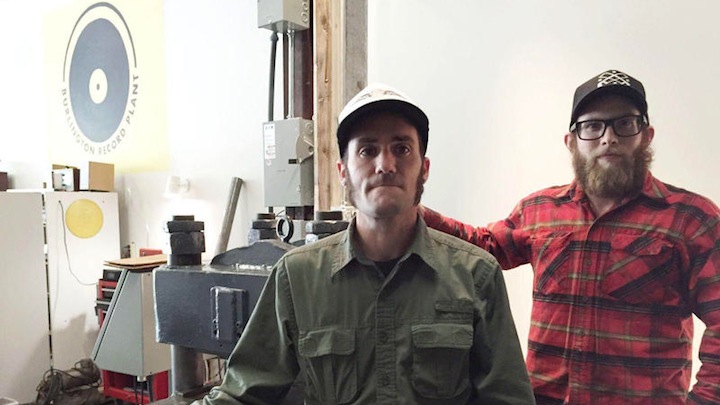