Standing against the party hard stereotype Chris Liebing, burns the candle at both ends… but in a good way. From keeping it vegan, to his cycle from London to Amsterdam, we caught up with Chris and found out just how he balances his clean living lifestyle with being an in-demand global DJ.

What’s the hardest thing about trying to keep a vegan lifestyle whilst having a pretty relentless touring schedule?

The hardest part is watching other people eat a whole lot of crap at airports and fast food restaurants. Keeping the vegan lifestyle while traveling is not that difficult. In most places I go to people know that I am vegan, so it´s pretty well organized, and I always carry a bag of nuts with me. It is actually pretty simple, much easier than I expected it to be.

We hear you are a keen fitness guy too, how regularly do you exercise and what type of activities do you do?

I try to keep as fit as possible and due to the life I am living, the conditions for that are not always optimal, but I think with the touring schedule you have as a DJ it’s very necessary to stay healthy and fit. I’ve worked out with a personal trainer for more than twelve years now, which is great, as I wouldn’t be that disciplined on my own. I need to have appointments. Since last year I also like cycling very much, exactly since we did the “Cycle To ADE” with Resident Advisor from London to Amsterdam. So now I am very much into cycling, and I am a skier. Every winter I try to be as fit as possible to do my ski adventures and my ski touring. In summer there is not a lot of time for sports, but I try to work out a little bit every day, even if it is just some push-ups after getting up, just trying to stay fit.

What are we most likely to hear in your headphones when you are exercising? One of the latest CLR podcasts, or something different from what we would expect?

I sometimes do re-listen sets of mine, which I always record. You find things that when you were playing, you thought would be cool to do, but when you listen back to it later, you think “what the hell did I do there.” So I am kind of trying to improve my DJing when listening to my own sets, but apart from that I tend to listen to a lot of different stuff. At the moment it is a lot of Nine Inch Nails for some reason. I could for example recommend the “With Teeth” album when you work out, or “The Slip”, two albums I am very much into right now.

What are your favourite sports, and if so do you follow any teams?

No, I don´t really follow any teams. My favourite sports since I was little was probably playing tennis, because I did that a lot until I was 24, playing tournaments and stuff. I used to be a ski instructor in that time as well, so skiing and playing tennis were the two things I got really, really into. I also used it to make some money in a good way, working as ski and tennis teacher. As I said before, right now I am very much into cycling and of course skiing and ski touring.

Have you always led a healthy lifestyle, or was this something that has come more recently?

I was kind of doing a lot of sports until I was 24, but I did not eat very healthy. I ate a lot of crap in those days. Then at the end of the 90s my DJ career started to take off and didn´t leave me much time to do a lot of sports. I totally got out of sports, completely, until about 2002 / 2003, when I realized that I am getting really unhealthy and that I had get back into sports. This is when I teamed up with my personal trainer, who I train with every time I am in Frankfurt. We try to do something every day when I am Frankfurt and he gives me work out routines for the weekend and when I am away. For around the last 15 years I’ve tried to avoid foods that will probably not be good for me. I have not eaten meat in 15 years, but I ate a lot of fish. Then at some point I realized that fish is not good for me either. So I started to become vegetarian and I made the mistake to eat a lot of really bad vegetarian stuff, lots of cheese and eggs, so then I sooner or later realized that this is not good for me either. Four about four years now I have been completely vegan, and it’s probably the best thing that could have ever happened to me. I would say that my healthy lifestyle right now is not a boring one at all. It is actually very exciting. I am not a super health-fanatic. I also like to drink here and there, and even as a vegan it does not mean that you always eat healthy. You eat a lot of junk food too. But I am probably as healthy as I have never been before, because I am enjoying my life, and enjoying your life is probably the most important thing of all.

What’s the next long distance cycle you have planned?

I am currently waiting for Resident Advisor to organize the next big charity cycle, but since the London to Amsterdam tour last fall the cycle fever now got me and I am ready whenever and for whatever might come…

If you were to move to another part of the world for a different lifestyle where would you go?

I think my first choice would be Venice Beach. I really love Los Angeles. I like the style there, and that is something I could very easily get into. Or as an alternative I would move to the mountains.

What was the highlight of your year last year, in terms of DJ performance?

Oh, that´s definitely got to be the Ibiza season. Playing at Amnesia in Ibiza was just outstanding. I played six gigs in the Main Room of Amnesia last summer, for Cocoon and for Music On, and those have definitely been highlights of last year.

You’ll be headlining LEAF club’s 2015 celebration of London electronic culture and lifestyle March 7th. Were you influenced much by the scene in the capital as you were starting out?

I started working for the German record labels Eye Q and Harthouse in 1995, and they had a branch in London. Due to the fact that I once had been in the U.S. as an exchange student, and my English was pretty decent, I got sent over to the London branch of Eye Q sort of on a monthly basis, each time for three or four days. So I actually spent quite a lot of time in London in the end of the 90s and later on as a DJ as well. I got to play a lot of great clubs like The End, Complex, Turnmills and all those places. I also spent a lot of time in a lot of great record shops in London, FatCat Records, YUKA TECH, and it was almost like a second home for a while. So yes, I spent a lot of time there, especially in the 90s and the early 2000s, and I am definitely influenced by the British and the London scene.

What’s your favourite spot to grab some food in London?

I still have to find that. Maybe you want to make some suggestions on my facebook page? Thank you!

You can catch Chris live in London alongside an all star cast including Anja Schneider, DJ Harvey, Modeselektor, Luciano, Tale Of Us, Sasha and Panpot at LEAF 2015 March 7th. Tickets are available here 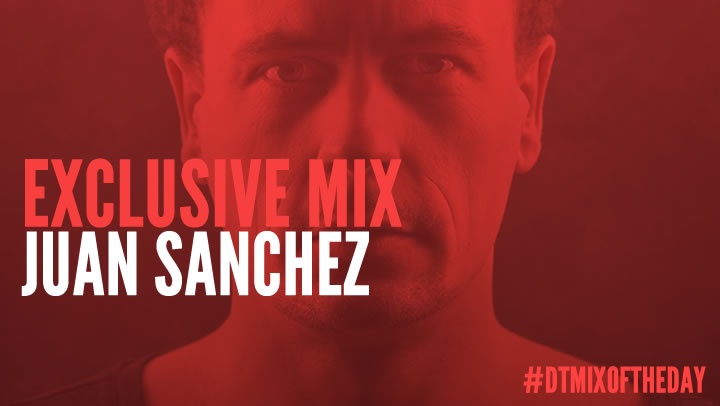