Label: LOST Score: 8/10  British jock Cera Alba is surely one of 2014’s most consistent producers. Releasing music at a frankly astounding rate, the producer, real name Liam Jones, has made a career for himself off the back of some wonderfully received tech-house cuts. For his latest, he steps up to the Lost Records plate for an EP that’s indicative of his increasing stature within the contemporary house domain.

Title track Disonancia is a full-on ride through the cosmos that takes on some spiky synths and a slew of unlikely sound tidbits. A real weapon that’ll sound best during the night’s peak-time hours, it’s further proof of the man’s penchant for dancefloor weaponry. Cera Alba’s other original is Modula. Full of nimble percussive wares and a spliced vocal that grows in stature with every passing beat, it displays his knack for the unlikely in no uncertain terms. And by the time it explodes into life, you’re practically guaranteed to be nodding your head in agreement.

The remixes come from label bosses Leftwing & Kody, who tackle Modula with the sort of classy panache that’s become their forte over the past few years. Liberal use of the 909 is a pertinent feature, as is the gratifying bassline that lingers throughout. Danish producer Christian Nielsen then reworks Disonancia into a cheeky and nimble number, in the process calling time on an EP that’ll have us moving well into 2015.

Mix of the Day: Timo Garcia

Mix of the Day: Jhonsson 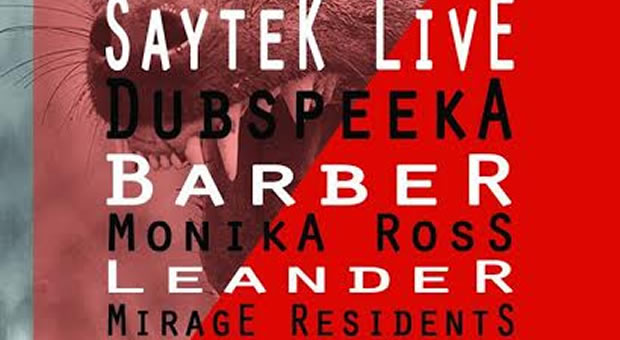