Buggin Out at Bugged Out ’15

We first headed into the main stages in the Skyline Pavillion on the Friday evening to check out Leon Vynnehall in the Escape room. It felt like we were stepping back in time to when the 02 arena was the Millennium Dome, glaring lights and slot machines slipped in between fast food stores. The Escape bar itself was something all together different, a hybrid of an Oceana under 18s club and the bowling complexes Daddy always took you to on a rainy Sunday afternoon. The juxtaposition of Vynnehall’s set and sticky carpet floors definitely left an imprint in my mind, and something nasty on my trainers. Heading over to the Centre stage for the XOYOLoves & Blase Boys Club takeover, the atmosphere was more what I had been expecting. We arrived for the end of Duke Dumont’s set, which differed greatly from anything that I would expect from the chart-topping producers whose cuts are probably suited for Ibiza sunsets that Butlins in Bognor Regis.

Next up Todd Terje took to the decks and I’d love to tell you more about this set but seeing as my notes look they were written in Arabic, it’s the best I can do to say that it matched up well to his sell out Full Pupp show last Halloween. Which considering how much I enjoyed that performance is high praise indeed. He closed with a bouncier melodic twist on the his much loved track ‘Inspector Norse’, with this much upbeat version a perfect end for a fantastic set. Closing the night was Shadowchild, and the crowd were still ‘having it large’, myself included. Apparently so much so I made note: ‘Visuals. Probably the best I’ve seen in a venue of this capacity… possibly ever.’ Obviously someone was having a good time…

Saying that Bugged Out has been the best festival I’ve been to all year isn’t saying much considering we are only three weeks in but I have to applaud them on their balls hosting a weekender in the middle of winter. Once inside the rooms the temperature was no problem with the only negative being how empty the whole place felt during the day. The beautiful sea view out of our window also featured an abandoned looking funfair and the grey sky behind it which however you try to spin it isn’t quite the same as stunning landscapes of Croatia or even muddy hippy infested fields that Glasto offers. Dreary landscapes aside, there was still fun to be had during the day. I had been looking forward to the pool party on the Saturday afternoon with Mike Skinner; having grown up listening to A Grand Don’t Come For Free on repeat, so we donned our swimgear and headed down. After a cocktail of hard spirits earlier in the morning being in a water park saw me revert to a childlike state being I couldn’t remember the last time I had literally fallen down a plug hole. Unfortunately the novelty wore off pretty quickly with the acoustics of a swimming pool not making for particularly easy listening. After an hour of trying to dance around with the wave machine going off and streams of freezing water crashing down on my head I decided to call it a day although those who stayed said that apart from a few dodgy bangers Skinner generally put on a good show, not that most people were paying too much attention distracted by inflatables and half naked girls.

I was genuinely gutted to have missed out if but I hadn’t I would not have had the pleasure of experiencing the Rave Karaoke. Undeniably a highlight and the most surreal experience of my life to date. As we walked into the bar to have a few pints of beer and warm up a woman donning a white boiler suit waving glow sticks and whistles started shouting out to us to get on the mike and sing along to ‘classic rave tracks’. Naturally after a couple of drinks we were more than game. Having only brought along my white matching champion tracksuit I looked the part as we took to the stage to sing along to the hits of DJ Pied Piper and So Solid Crew. The crowd picked up and by the time we were all on stage singing along but there was nothing cringey about the matter; this was serious business. That said the experience also taught us that nothing is funnier than hearing a west country rendition of  ‘I like to move it’ by Reel 2 Reel. Nothing. It was a genuine highlight of the weekend.

Saturday night’s itinerary pretty much wrote itself. After the great news about Studio Spaces and The Hydra’s potential to host more legendary parties after a blinding winter series, with some set to reach into the 24 hour party mark; we thought the best way to celebrate the news would be to join the boys and their all star cast of Klaves, Optimo, Jackmaster, Ben UFO, Four Tet. Needless to say none disappointed.

Despite a number of boisterous ‘The Only Way Is  Essex’ house converts there was also a huge number of incredible people who definitely made the weekend the highlight as it was, and kicked off what is looking to be the best festival season to date. If I ever found myself surrounded by huaraches, vests and snapbacks I’m pleased to report that there was always some stonkingly good techno just around the corner to go fist bump about to amongst fellow chinstrokers and reverend party folk. My heart goes out to the lost souls who ended up in the wrong room looking around with shock and confusion on their face before returning back to the safety of some classic house tracks playing elsewhere.

Sunday night rolled in and having been thoroughly disappointed with a Fat Boy Slim set a few years back I decided to stick to my guns and head over to the REDS stage, particularly to consume sets from Daniel Avery and Erol Alkan.  The crowd had filtered down a bit by now and there was plenty of space to cut some seriously violent shapes and brandish my winning tokens from the arcade.

We then headed back to the Escape room to check out Kerri Chandler who did not disappoint, dropping classic after classic. We then rounded off proceedings with a return to the arcade and a doomed attempt to hustle the Merch staff at a game of pool before realising we could barely even hit the white before catching Skream’s closing set which neatly summed up the whole weekend as each track relentlessly smashed into the next one. Evidently three nights of heavy partying could not stop the crowd from going mental, and when the CO2 confetti blasters hit it was an unforgettable end to what was an incredible weekend with fantastic music, people and jokes all round. 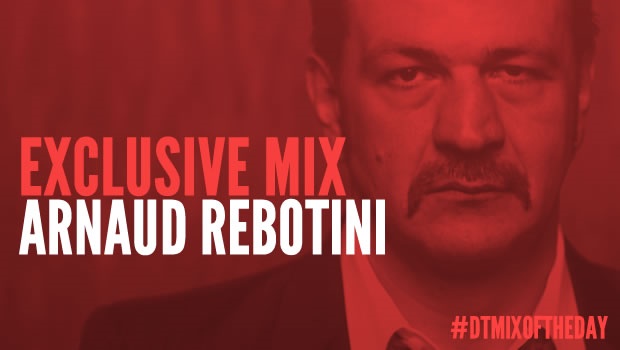