A Brief Chat with Hifi Sean 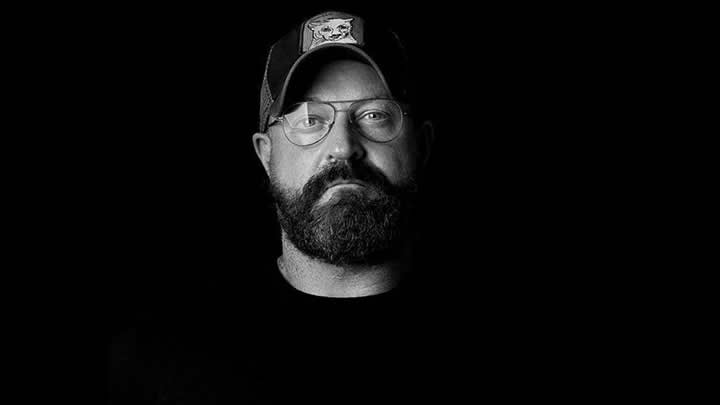 Hifi Sean is a DJ, Producer and Songwriter, currently known for his album ‘FT’, which he describes as ‘electronic, psychedelic soul’. Released in 2016, the album boasts collaborations with an extraordinarily diverse range of artists including some of the most significant underground musical icons of the past 40 years.

‘FT’’s stellar collection of artists includes:- Yoko Ono, avant garde musician, conceptual art icon and one of the most controversial female artists of all time; Bootsy Collins widely regarded as one of the finest Funk/RnB bass players in the world; Dave Ball co-founder of Soft Cell, the UK’s notorious synth pioneers with the uniquely sleazy electric soul, Fred Schneider from the manic, bizarre and highly innovative US new-wave group B-52’s and Alan Vega, vocalist of the seminal proto-punk New York duo Suicide. His current single “Testify” feat. Crystal Water reached #2 in the Shazam chart, #3 in the iTunes Dance chart and spent 3 months in the top 30 singles; it was further hyped at the start of the year by Black Madonna in her Radio 1 Essential Selection of acts to watch in 2017 for Pete Tong.

He began playing house, disco and electro in the burgeoning and innovative club scene at The Glasgow Art School, before relocating to London in 2006 where he became a staple figure at some of the capital’s biggest underground house, disco and techno clubs, as well as ‘after-hours’ parties. We chatted to him ahead of playing at Egg London this weekend and playing for Defected in Croatia from 10th-15th August. 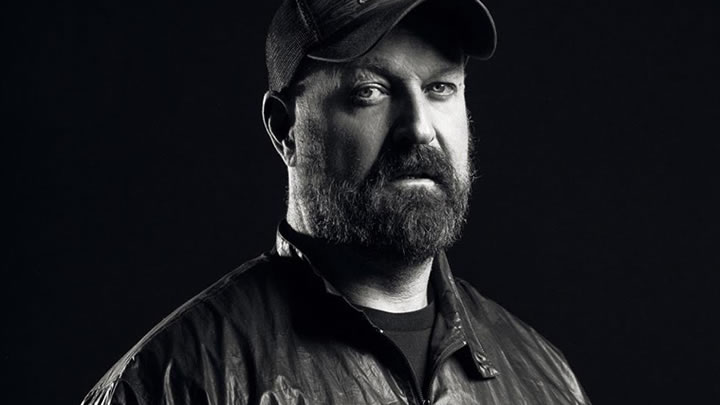 Hi Sean! Thanks for chatting with us. Firstly you were in a group called The Soup Dragons in the late 80’s/early 90’s and can you tell us a little about your experience being in a rock n roll band. Was it as rock star like as people imagined?

We did have some amazing experiences, too many to list! There’s a few moments like playing 2 nights at Madison Square Gardens with INXS or playing a few shows with Public Enemy too. We also were nominated for an MTV award and experienced all the craziness of having a Top 5 UK single which was replicated in lots of countries in the World. Having hit records in the USA too was also something else

We released I’m Free at the pinnacle of the Acid House era and played many raves and were part of that whole explosion which is such an amazing movement to be associated with and we’re part of that history.

So yeah we did live the rock n’ roll life for a good few years and like anything it took it’s toll , but hey it was so much fun!

So when did you get the hunger and passion to start spinning behind the decks?
I’ve always been a record collector from such a young age and even spun behind the decks a few times in my teens before the band started. At the height of the success of the band we never really had support bands but would take a DJ to play some cool tracks before we came on to set the mood of the night. During the band years, I dj’ed mostly disco soul and funk in a few places in Glasgow and had a little regular residency for a while in the infamous Bar 10 spinning my 12″s.

You are heavily respected in the music industry for re-working mixes into an art-form such as Mantronix’s ’77 Strings’ on Southern Fried Records. How do you come up with ideas creating a well rooted track?
I suppose I am attracted to things that are sonically exciting like a little hook of some sort may it be musical or percussive or vocal and tent to take that and trip out on it as a theme, all about the funk of the groove for me, BPM is not an option to, I tend to suit it to the mood of the track, too many producers are slaves to BPM trends.

What’s your set up in the studio?
Lots of old shit like tape delays old synths and crap 70’s guitar pedals I feed things through, and of course lots of shiny sparkly digital shit too .
Yin and Yang.

How did you start work working with the legend Crystal Waters on Testify?
I was making the album I released just before Xmas which has lots of people who I love for many different reasons working with me , like Yoko Ono , Bootsy Collins, David McAlmont, Alan Vega etc.

Crystal was someone whose voice I have always loved and found always exciting on many recordings so I reached out via a DJ friend Ralphi Rosario whilst I was in Chicago and we both hit it off and wrote ‘Testify’ together. 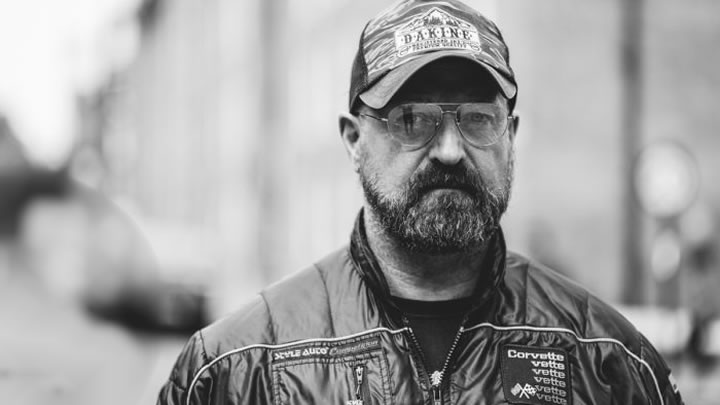 You’ve been gigging on the club scene for numerous years now. How do you find the gay club scene from the past tense to the present is it still as stimulating for you?
It’s kinda simple, there is the good shit and then there is the bad shit. Always has been always will be.

What DJ/Producers were you interested in that had a major impact on your musical direction?
As a kid it was always Martin Rushent for me and he introduced me to that word ‘dub’ and that opened up a whole new world for me.

What’s been the best part of being involved in the music industry and why?
Sitting here and looking at the 9 albums I have made in my life so far and still wetting myself with excitement over the next project.  It shows I am still that 14 year old kid with a drum machine and a synth with a double cassette player trying to work out how to layer sounds together and experiencing new things every day by doing it.

Are there any up and coming DJ/ producers that you have noticed on the party scene that have you toe tapping?
Lots but for me I love the true constructing beat masters like In Flagranti or Luke Solomon who never fail to do it for me. 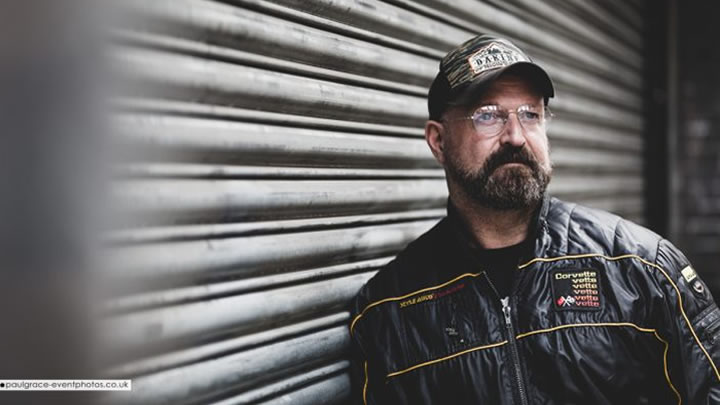 What 4 tracks never leave your record box and why?

Hamilton Bohanon – Let’s start the dance
A true party starter in any set from house to disco to techno , this record slays a room every time.

Hifi Sean Ft. Crystal Waters – Testify (In Flagranti mix)
current fave as its so utterly twisted and sounds like nothing else I have heard

Will Powers – Adventures in Success (dub)
I’ve been playing this record for 20 years or more and never ever get bored with those delay tripping handclaps.

Donna McGhee – Make it last forever
I’m always play this at a pool parties and laid back kinda sets as its just the sexiest record ever made.

Lastly! Give us a little insight of the kind set we can expect from you at Sabajaq – Egg LND?
I play from disco to house techno and all the bits in between, it’s all about the attitude of the groove.

HiFi Sean headlines the Terrace at Sabajaq this Saturday June 17th alongside Severino, Josh Caffe and Joe Roberts whilst in the Main Room techno legend DJ Hell is flanked by Wax Wings, Warboy, Maze & Masters and Kyle E. All info at www.egglondon.co.uk 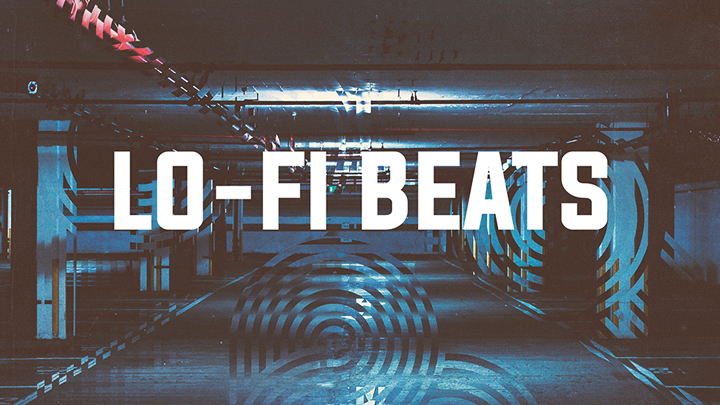