Data Transmission spoke to Solo 45 from Boy Better Know the British grime music collective about their impending performance at Red Bull Culture Clash as they seek to defend their champions title from 2012, their new short film “Jamaica Better Know” going back to the roots of where the original clashes started from and what’s next for both Solo and BKK.

Unsurprisingly Solo 45 was reluctant to give any secrets away of who their special guest will be for this year’s highly anticipated sound clash although he did reveal that they’d been especially amassing “a massive arsenal of good records”  for the event and that  they were definitely looking to continue last their previous success with another victory in the 2014 edition. Speaking on arguably their biggest rival to this years title Rebel Sound (who comprise of D&B heavyweights Chase & Status, MBE David Rodigan and jungle innovator Shy FX) Solo is in bullish mood and replies jokingly to the threat they pose in the sound clash stakes “They’re alright but they’re old fogies compared to us. Everybody knows we run the scene right now.”

To coincide with this years Culture Clash Boy Better Know have produced a short film entitled “Jamaica Better know” wherein they go back to the original roots of the clash. “It was an insane experience, we met some legends and it was a lot of fun. It was an experience we can’t forget.” explains Solo. Upon watching the film it is easy to see why it was such an unforgettable experience for Solo and co. as they are mentored by clash legends Vin King, U-Ray and Ricky Trooper,  the latter inviting them back to his Kingston home where he has hundreds of sound clash trophies on display. “It was inspirational getting educated by the best and we have sharpened up our tools” enthuses a confident Solo before reminiscing upon witnessing the infamous “Unruly Clash” which takes place every Wednesday at the Shocking Vibes Studio in Kingston. “The others stayed at the back but I went straight to the front where it was crazy and got involved. I loved their attitude, their dress sense and the way they came on the stage bouncing about with the upmost confidence and raw vibe. That’s the sort of passion you can’t fake.”

Solo and the BBK collective are no stranger to clashing themselves and used to be regulars on the pirate radio circuit in their teens where MCs would regularly battle each other over to establish who was best.  At the heart of this emerging culture was the likes of Solo 45 who himself played an important part as both an artist and presenter at Heat FM which at the time was integral to the development of the scene as the first ever radio station to be totally dedicated to Grime. When talking shop however Solo puts a firm emphasis on looking to the future with a series of individual projects upon the horizon as currently “everyone’s doing themselves”. This year Solo 45 has made the track “Higher” featuring fellow member JME and Australian born singer/MC Vida Sunshyne, which gained plenty of radio play earlier in the year after they filmed the video on location in sunny Magaluf.  But will Solo be staying Solo? It would appear not with the MC telling us that the group would be back in the studio together in the new year with perhaps even an extended effort on the way revealing “Next year there will be group work, and perhaps even a BBK album”.  So there you have it A BBK album is in the pipeline. Probably.

In recent times musical scenes have sprung up as somewhat online phenomenon as globalization plays a hand and the internet allows likeminded individuals to collaborate regardless of their geographical location. Perhaps the last scene to emerge with such a firm geographical identity was Grime with its links to inner city London life firmly engrained into its very being. This is why we found it slightly surprising that he currently lives in Cyprus although on further investigation it seems perfectly logical that he’d need a break from the harsh realities that accompany life in the capital; with Solo explaining his reasoning for seeking to get away from the hustle and bustle of city life and instead preferring to live in “wonderland” by himself. ““I like my own company and sometimes it’s nice to be alone and reflect on things” revealed a pensive Solo. Solo by name Solo by nature. 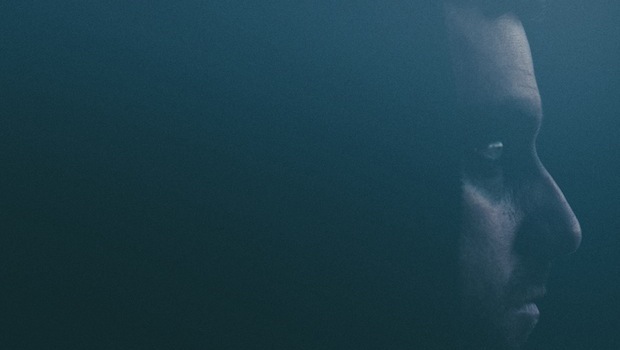