Boomtown Beckons !! As the days count down the Boomtown Festival grows ever closer! Building on last years epic event the bass centric festival steps up this year with an interstellar line up that reads like a who’s who of the finest low frequency genres. Featuring a staggering line up of over 300 artists over 16 main stages the Boomtown team once again look set on surpassing the madness of previous events. This year sees a host of new additions that amongst others include –  a new automated walkway to navigate around areas of the festival, the growth of the Lions Den Reggae stage held in the heart of the festivals “Trench Town” District, as well as a host of new areas and districts to wander around at your hearts content whilst you revel in the weird and wonderful. Boomtown has over the last few years grown to become one of the UK’s most talked about festivals and is one of the very few places you can witness the awe inspiring Arcadia stage and with nearly all tickets sold its very easy to see why.

The popularity of   keeps on expanding year on year and with sales for the 2013 event up from last year andonly 20% of the tickets remaining, this year is looking to be another sell out, smash hit show to obliterate all previous town records! The town planners are taking things to a level  even they didn’t know was possible: With a 15 meter high flaming Aztec temple, five huge fully immersive street sets, the Magic Carpet Ride (Ski-Lift), moving robots, hidden woodland stages, beach parties, ziplines, waterslides, mutated vehicles, over 40 themed venues and the world’s biggest metal spider…the scene is set to blow anything BoomTown has ever done before into a whole new stratosphere and all the Fair needs now is its rambunctious residents to make the streets come to life! The music policy of Boomtown is what sets it apart from a lot of others with an emphasis on all Basscentric genres, Dub, Reggae, HipHop, Drum and Bass, Dub-step and pretty much anything else that focuses on massive amounts of low frequency! Last years line up saw a secret set from the mighty Jimmy Cliff, JA’s huge reggae star Alberosie as well as great newcomers and legends across all of the above genres, most notable people from each of the aforementioned scenes probably passed through at one point over the 3 days, blink though and you would of missed them as there is so much to see! For anyone that has been to Glastonbury, Boomtown is very much like the weird & wonderful alternative side of Glasto that has built up over the last few years. Boomtown is built around what we can best describe as a Post Apocalyptic abandoned town comprising of many weird and wonderful, bizarre and twisted boutique type buildings built on intertwining streets which allow you to weave in and out of each. There are too many stand outs here but certainly worth a mention is the Swinging Moustache parlour of Madame Electrify, the Boombox stage (a giant building size Ghetto Blaster) and up on the top of the hill set away from the carnage the hidden woods which with its sandy floor and tree top covering which last year offered a nice chilled hidden beach oasis offering shade from the beating down sun! Perfect! As well as the smaller boutiques of the town there are the larger tents of the Lions Den (which is growing in size again this year) and Bassline Circus but for us, as always we’ve left the best until last …the absolutely AMAZING ARCADIA.. Born out of Glasto the Spider has now grown even longer legs and crawled its way into Boomtown.  Arcadia is a giant, three-legged Spider type structure reaching 100 feet into the air with the DJ suspended in a control centre just below its glowing eyes. 10000 people dance between its legs as it intermittently launches 50ft blasts of fire into the air lighting up the sky (and warming its disciples at the same time!) the sound system is set up in a circle around the perimeter facing inwards encapsulating the crowd in a circular wall of sound all pointed at the central point…. the whole experience is seriously next level!With a multitude of venues previously released BoomTown have gathered a few more unique venues and areas into the fold…  After 10 years on the festival scene, it is about time to welcome with open arms the critically acclaimed and award winning Chai Wallahs to BoomTown! From humble beginnings as an herbal emporium and tea tent at Big Chill 2004, Chai Wallahs is now the largest independent music venue to tour the UK festival circuit.  Chai Wallahs guarantee top notch music, that perfectly accompanies the hug in a mug they provide in the form of brandy chai or rum hot toddies, expect to hear a diverse musical roster exploring dub, reggae, blues, hip-hop, afrobeat, folk, gypsy and rock. Providing a comfortable environment to relax, rejuvenate and recover Chai Wallahs will be on hand to energise the BoomTown residents with a range of breakfasts, pizzas, brandy chai, rum hot toddies and herbal shots, as well as a hefty prescription of music for the soul!

For full line-up head to page 2. 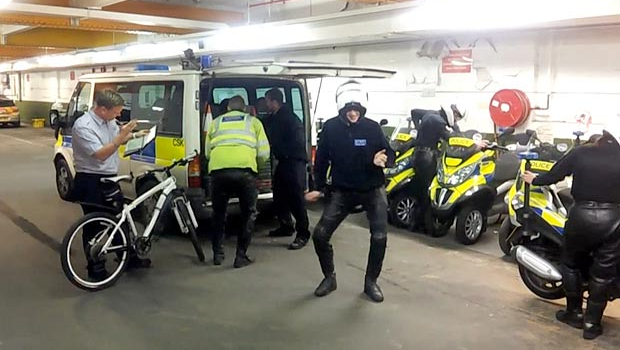