Boddhi Satva Talks Us Through ‘Transition’

As you may have guessed following our coverage of his new album Transition’s earlier on this week, we’re quite the fans of “Ancestral Soul” chief Boddhi Satva here at Data Transmission.  Tickling our eardrums with his own distinct blend of “soul music, electronics and various African styles” its not the first time the Belgium based, Central African Republic-born producer has soundtracked our lives, having previously impressed on outings for Osunlade’s Yoruba Records and via his R&B infused mixtapes.

Featuring a diverse array of collaborators from across the globe, including Grammy-nominated Parisian sibling duo Les Nubians and Teedra Moses, Stones Throw Records rappers Dudley Perkins AKA Declaime and Georgia Anne Muldrow, Malian singer songwriter Mohamed Diaby, and British neo-soul pioneer Omar the album was just what we needed to recharge our batteries. So with Transitions in our heads and on our playlists we thought we’d invite the inimitable African producer to talk us through his new LP and that’s exactly what’s he done. So here it is, the Transitions LP as explained by Boddhi himself.

The album opens with Mohamed singing in the traditional Griot way, which is a form of story telling and he’s telling the story of my father’s life and good deeds.

I had the pleasure to work with Les Nubians in the past as I had remixed one of their songs called New Soul Makossa which featured  Manu Dibango. When I approached them regarding a collaboration on Transition, they where instantly keen to collaborate so we wrote a song about tolerance and self acceptation no matter our shapes and colours. We are all beautiful humans.

I asked my good friends Pegguy Tabu and Miranda Nicole to join forces on this song as I wanted to be a bit more gospel and really have that ‘churchy’ vibe with chanting lyrics of praise thanking the creator. Atjazz also kindly laid a nice lil synth line down for me which feature towards the end of the song and really gives it something extra.

FROM ME TO YOU feat. Paul Randolph

Paul wrote and played the guitar and bass to this song as a tribute to my father. I worked on the drums. This song is really dear to both of us as Paul lost his father four months after mine passed away. It is a very, very symbolical and positive song that resonates strongly within both of us and I hope that comes across to future listeners.

HEALING THE SOUND OF THE HEART feat. Karun

Karun is one of Kenya’s most recognised names and her humility aside, a superstar in her country. We actually met when we both took part in a Show called Coke Studio Africa back in 2013. We clicked so well, I had to ask her to come join in the slew of amazing artists featured on this tribute to my father and feel she really took this song to the next level.

I’ve been a fan of Teedra since her debut album Complexe Simplicity. I met her at my debut album release party in Miami back in 2012 during WMC at the Vagabond. It was of course a dream for me to work with her, so when she said she was interested in collaborating I was thrilled. It took us about two to three years to come up with Skin Diver, but it finally came through and I can comfortably say that it’s a gem. She also featured it on her sophomore album Cognac & Conversation.

Nelson is a legend within the Kizomba/Zouk music scene. We got connected through his brother Eddy Parker and the magic took place right away as the brother is mad humble and definitely a hit maker.

This song is about the first time two people meet and the alchemy that comes together when thy are both on the same vibe. In the context of this album, the song depicts the moment my parents met for the first time in legendary Belgian club Mirano. Off course I wasn’t born then, but this is what their description of that moment feels like to me.

Robert is a long time friend and like a big brother. We met back in 2003 when we worked on a project together that will probably never see the light of day because it really never was produced by me. I remember vividly him telling me, you can do this yourself and you don’t need anyone else to produce what’s in your mind. It’s the best advice ever I’ve ever received and the rest as they say is history.

SLOW IT DOWN feat. Crissy

Crissy is an upcoming talent from Brussels. I saw her post a video on Instagram and liked what I heard, so asked her to come over the studio where we then recorded this piece. I wanted some edge to the album with different themes and sexuality is one. The lyrics of the song were written by Crissy and C. Robert Walker and I believe that we managed to approach the subject without being too graphic.

This song is also another long time coming collaboration that Kaysha and had first spoken about several about years ago. Mama Kosa is about this young lady who’s lying to herself about her true love. After making all the most questionable choices she inexorably is directed towards the love she so desperately tries to run away from.

I had the opportunity to work on this song for those two West African Super Stars last year. It has been a great success and having it on the album is a great feeling as I truly appreciate the talent and resilience of both artists.

Wow what can I say besides that, having the father of UK Neo Soul on the record is just another dream come true. Omar is a very humble man who I’m proud to say has became a friend. This is another one for the books.

This song clearly gives details on what led to my father’s passing. I asked Ade to speak in the most complex yet clear way possible for those who are subtle enough to understand what the lyrics say. The aim is to let your ears decrypt each word.

TRY A LITTLE SOMETHING feat. Pebbles

This one is another favorite of mine from the album. Pebbles hails from South Africa and I was introduced to her voice and music by a mutual friend. I remembered that I did this song back in Central African Republic on the 15th of December 2012 and sent it to her right away. She loved it and delivered a majestic performance on it. The violins were played live by my good friend Quetzal Guerrero.

I was very fortunate to work with a lot of artists I appreciate and respect. When these two said they where cool to be featured on the album, I was overjoyed. It was an honour and the fantastically conscious lyrics outline how wealth and power resides in the hands of a select few. Now some might say that that’s been the case since time immemorial but they gave this a fresh approach and I’m proud of their efforts to highlight the inequality within the world.

Kanem is based in Paris and when she approached me on Facebook to share her work I instantly fell in love with her voice. This songs speaks about legacy and the sense passing on to the other generation a certain amount of valuable knowledge and values.

This song is quite old, but I refreshed it totally in tribute to my father’s resilience when he was fighting for his life whilst in a coma. It’s a very powerful and spiritual song to me.

Out now via Offering Recordings you can check out Transitions in full below. 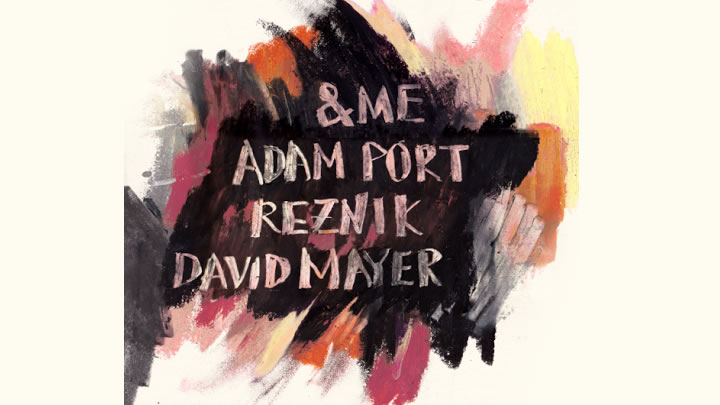