Back To The Future: 5 Steps With Shigeto

Following on from the formation of his new jazz band High Risk, Ghostly International mainstay Shigeto set pulses racing with the announcement of his return to the label two years after the release of his second full-length, ‘No Better Time Than Now’.

Titled ‘Intermission’, the six track EP is scheduled to arrive October 30th and documents a transitionary period for the Detroit polymath as he seeks to define his sound in 2015. “I haven’t found the next step for me yet. I’ve been making loads of music as always, but I’m still looking for that concrete new path” the producer explains before describing the EP as a collection songs that “point to the past, present, and future.”

Billed as “a taste, like a halftime show of sorts” the EP is designed to to hold us over until his “next big event” with the record’s depth and complexity an indicator of where he now and perhaps more importantly, where he’s headed. So, with his eyes fixed firmly on on the future we asked him to return to his past reveal five of the milestones that made him the producer he is today. This is 5 steps with Shigeto.

When I was in high school I wasn’t the best student, I was getting pretty close to flunking out by my Junior year, mainly by skipping lessons and not showing up. I was failing math, history and had gotten kicked out of the jazz band for arguing with the teacher. During this time, when I was in about 10th grade, there was an “artist in residence” at the school named Vincent York. He was an amazing jazz alto player who would give workshops and run sessions out of his room. He was able to get me math credit for music theory, history credit for jazz history and I became the drummer in his quartet, playing all over the Ann Arbor / Detroit scene. He showed me how to listen, communicate, and improvise in a group setting. He showed me how and why to be professional.

I was essentially self taught when it came to playing drums and pretty much had my ass handed to me and a bit of reality check when I arrived in NYC to study at the New School of Jazz. On the first day I started there, one of the head instructors announced to the class that very few of us would end up being successful jazz musicians. This was a bit of a shock. It was not what I expected to hear. I worked really hard, learned a lot and met a lot of good people but the harsh environment was wearing me down. I ended up dropping out after 3 semesters. The freedom I felt from playing music was disappearing in a big cloud of competition and academic anxiety. I sometimes think that it took a little of the love I feel for music away, being in a controlled environment wasn’t what I wanted or how I work well. University put a more black and white spin on something I had always felt should be a free expression. I learned something very important – what I didn’t want to be doing. This allowed me to go back to my own devices and take it from there.

After getting burnt out on NYC I moved to London. When I was there I was working full time in a cheese shop while playing the occasional gig. This is pretty random but I was selling and maturing British cheese at this place called Neal’s Yard. After a year I developed pretty bad tendonitis from the repetitive nature of shop life. I was going to physical therapy and acupuncture but it got so bad I had to stop playing drums. I couldn’t do anything for about six months. I felt trapped without being able to play. Something that I had to do to make a living was preventing me to do what I wanted; I couldn’t carry on playing drums or making music when I was having all this treatment. I was super depressed. My brother suggested making some music in Reason 2.0 to have some sort of creative outlet. He set me up, showed me the basics and I pretty much couldn’t stop. It gave me back that freedom I was missing in school too, which was great. This time in London allowed me to get back into making the music I wanted to make.

Ghostly has always been an influence of mine. I was more into rap and jazz and a lot of Detroit stuff growing up. When I was younger, I was always the drummer in bands so my involvement with the more electronic side of things was a lot less than it is now. I didn’t start properly producing music until around 2006. When Ghostly started in 1999, they were my first real introduction to the more experimental and dance side of electronic music. I used to be one of the kids going to the office, asking for free stickers and demo CDs. I even interned there for two days but couldn’t type fast enough to be of any help. Years later when they expressed an interest in putting out my music I was thrilled, to say the least. It served as not only a great platform for my music but validation and energy to keep going. I’ve always made music for me but it doesn’t hurt to have the support of a label you’ve always respected. Their support means a lot to me; I feel like I’ve joined a family.

I moved to Detroit about three years ago with the intention of building something bigger than the month to month grind in most cities. I grew up in Ann Arbour but moved back to Detroit City, just next door. It felt like a new city to me at this point and I was happy to be there following my time in NYC and then in London. I looked at Detroit in a different light to growing up there. The city has a big influence on my career, with the history and jazz scene it has in it. When I moved back, I ended up buying an old auto garage and house with my brother to make into our ideal live and work space. Throughout my whole career, I’ve always rented studio space. I think it’s important for me to feel like I’m “going” to work and having a little separation between somewhere you call home and somewhere you work. Designing and building my own from the ground up will only help my work flow as it allows this place to feel totally my own. I feel your studio is a sacred space and this project is the beginning of something really great.

Set to arrive October 30th,  fans can grab a taster of just what he’s been cooking up in the studio by streaming melodic ‘Intermission’ cut, ‘Do My Thing’ below.

Shigeto Shares ‘Do My Thing’ 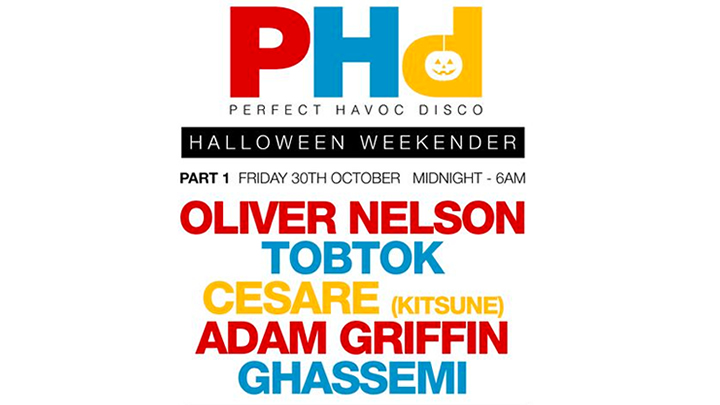