The last weekend of June heralds another rekindling of Amsterdam’s prestigious techno festival: Awakenings. Based just outside the capital in a carefully selected arena, it can easily be found following the earth shaking kick drums in unison.

Entering at peak time was no problem here, as the queues that can be expected at  large festivals such as this was non existent,  and entry took only a few minutes. Once in, the techno child in me got excited, but due to the overlapping of monolithic artists spread over 8 different areas, though it did mean I was spoilt for choice, it was important to have a game plan. The Awakenings websites allows you to plan the route of your personal musical journey, act by act, all online.

My journey began with Clouds and their live act. Based in tent Y which was home to the grittier, harder techno which would later play host to Blawan and Jeff Mills. The tent was modestly packed, with the majority of the crowd dense parked towards the front next to the not so modestly loud sound system. The duo comfortably engaging their audience for moments before returning to their live set courtesy of Ableton. Unfortunately for the crowd though, Clouds only had an hour to showcase what they had and as things started getting interesting, it had to come to an end; to claps and cheers from the onlookers nonetheless.

By now everyone had seen the next duo setting up, who are no strangers to the festival. Gary Beck and Jonas Kopp teaming up for a b2b set, started bouncing off of each other instantly. Heavy kicks and dark stabs is how they started, where Clouds left off, hitting the ground sprinting they turned the heat up quickly to an ever growing audience. No more than a few songs each, it was interesting to hear the contrast from the two selectors whilst maintaining an air of symbiosis as the two glued song after song together using three CDJS;  Beck dropping some unreleased music in there, which had BEK audio written all over it.

Though the temptations of Papa Sven and Dettmann in the other tents were there, I thought I would opt to stay in tent Y to see a personal favourite of mine, Blawan, who has never failed to disappoint and has blown me away, almost literally, every time I’ve had the chance to witness him, whether it’s the modular onslaught teaming up with Pariah under the guise of Karenn or teaming up with Surgeon for a Trade workout. This encounter proved me right once again, this time teamed only with his crate of records, he started off as he meant to go on with some distinct 303 kicks paving the way for the inevitable acid ahead. It was a very interesting progression, 4/4 mixed with unexpected breaks gave the movement of the set some real character and made an impact on the dance floor.

It was nearly seven o’clock, my schedule alerted me of who was on next. The pièce de résistance in almost everyone’s books. Jeff Mills. Armed with CDs and a Roland 909 he took to the stage and confronted the abyssal crowd. After the first 15 minutes, it was clear that he was taking no prisoners today. Going at it, with the strongest hammer and tongs he had perfectly crafted, the tent felt like it was under siege. Laying wreck to the stage, and it was evident as the crowd appreciated everything he had to offer. For the full two hours, the energy did not drop by any means, while the BPM managed to reach Mach 3 he had no intention of easing up. As his set was coming to an end, he decides to give the crowd a break (and his 909), and cuts the kick completely. 16 bars pass until he returns with his last CD to give the crowd the final workout, all guns blazing. For me the intensity of the set was perfect, not a single moment was wasted, delivering everything I had hoped for by the master. The perfect ending to the first day.

After an exhilarating first day, I had high hopes for what the last day had to bring. After spending the majority of my time in Tent Y, I decided to do a lot more exploring. The festival is a lot larger than it appears at first sight, with various stages being hidden behind trees and long foot paths. The first acts for me today were Pariah and Pangea, located in Tent Z, representing the UK. I had seen the pair individually many times before, so I thought I knew what to expect when they join forces. Using a combination of vinyl and digital they made haste in where they wanted the set to lead. Keeping it 4/4 for the majority, they utilised a lot of psychedelic sounds to mesmerise. Their sounds showing the bridge between UK based Techno and the German variant. Different amounts of power and attack maintained throughout their showcase and it wasn’t until the very end that they decided to release some industrial weapons (to the audience’s joy). Their plays style which involved in one taking the back seat while the other was giving full control of the decks and was allowed to portray their styles which worked amazingly.

Following this I made my way to the Drumcode stage which was an open air stage with an area to sit down, much like a cinema. The vibes were amazing, the music being perfect for the warm outdoors and the crowd. All the usual suspects were there bringing the business, highlights for me being Alan Fitzpatrick and Ida Engberg bringing the iconic Drumcode sound to the people. Pivotal moment of Fitzpatrick’s set being when he unleashed Truant, his latest release on the label.

After exploring the festival a lot more, I ended up talking to Marcel Dettmann at the artist bar. He had just returned after playing at Glastonbury with Ben Klock , ready to close  Awakenings. After speaking briefly about his latest Fabric Mix CD he had done I asked about who he was looking forward to seeing. Without a moment’s thought he replied Jeff Mills with a big smile on his face. Which did not surprise me in the slightest. Moments later I bumped into DVS1, who had previously played with Ben Sims, three decks a piece. I asked him how his set went and he said it was a hard gig but went really smoothly. He recommended some up and coming labels after we spoke about his Mistress imprint which was a house tinged label he had started recently. I was interested in who he would be looking forward to seeing, and I received the same undisputed answer I received from Dettmann. He even proclaimed that he genuinely believed that Jeff Mills was not from this planet, and after the skill he displayed, I was beginning to doubt his status as a ‘human’.

As 9pm approached I was at the point of choosing between what act I needed to see to finish my experience. Knowing that I couldn’t just act hop from tent to tent, as whatever each of these acts had planned out, it would be a story which would have to be seen from beginning till end. In the end I saw Sven again, knowing that he would not disappoint and I was interested how he would close such a gargantuan techno festival? The results were magnificent, with the audio visual aspects teamed with the pyrotechnics being extraordinary. Sven pulling out all the stops and drilling the crowd with some fierce, sharp techno. Such a showman, he plays up to the crowd every minute he gets and really puts on a show. A perfect  way to end the festival.

The festival as a whole was a great experience, run smoothly as a festival can be run, from the moment of entry to the last set there were no hiccups. The production levels were phenomenal, which really gave the artists performing another dimension by which to stimulate the crowd. Awakenings returns with an event at ADE which will be one not to be missed. 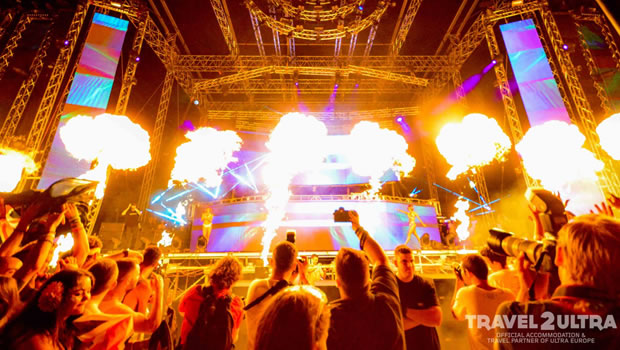