8 Track: Archie B Selects His 8 All Time Favourite Tunes

Data Transmission’s superstar resident and bootleg king Archie B has picked his 8 of his all time favourite tracks ahead of our Data Transmission 8th Birthday at the Big Chill House in Kings Cross, citing the reasons he loves each cut and and how they’ve found themselves in his big 8!

1. Armand van Helden – You Don’t Know Me!
This was on of my favourite tracks when I was clubbing and reminds me of going out raving when I was getting a bit older. Armand is still one of my favourite producers. He took the string hook as a sample from 1979 disco classic ‘Dance with You’ by Carrie Lucas and combined that with vocals by Duane Harden. Many of the key elements including the track’s intro were sampled in the 1998 white label mashup ‘Armand Does Donna’, which replaces Harden’s vocal with ‘And I Am Telling You I’m Not Going’ by Donna Giles. Both mixes are epic and conjures up many amazing memories whenever I hear them.

2. Inner City – Good Life
Again – and I’m sure I’m not alone in this – I think it’s absolutely impossible not to smile when this track comes on. It doesn’t matter how many times you’ve heard it before, you’ll always enjoy hearing it again. For me, personally it’s the sound of growing up and undoubtedly an absolute classic.  Taken from Inner City’s album ‘Paradise’ it’s a sonic chameleon. I love hearing it in a club or on holiday and look back fondly on hearing it as a child family holidays or on those early adventures way with mates!

3. Roy Davis Jr. – Gabrielle
Born in California and raised in and around Chicago, Roy is a true pioneer of house music. As a member of House super-group Phuture, Roy helped invent Acid House, and has been pushing his soulful house sound to great acclaim on labels such as Large, NightGrooves and Bombay. One of the biggest UK Garage tracks of the 90s, it always goes down a storm whenever I play it out its gets rewind after rewind in all my sets! It really is a must have tune and if you’re somehow still unfamiliar with it, well sort your life out!

4. Chaka Khan – Ain’t Nobody
Born 23rd March 1953, Great Lakes Naval Training Station, Illinois, U.S.A., Chaka Khan is yet another product of Chicago’s South Side conveyor belt of talent who at the age of 11 formed her first group, The Crystalettes. Sadly I’m not sure what happened to The Crystallites – although rumours continue to swirl that they’ll reform with Eno on production duties. Ok, so that not be exactly true but something you can believe me on is ‘Ain’t Nobody’ is as much of a belter now as when it came out in the 1980’s. For me I’ll forever be transported back to the kitchen whenever I hear this cut as my mum always used to play it when she was making me and my sister dinner with the system on full blast! I’ve inherited plenty from my mum with her love of all things Chaka arguably chief among them.

5. U.S.L/Jeremy Sylvester – Making Love
I’m glad that people outside of the scene are starting to realise just what a potent force UKG was an still can be when done right. This is an stunning UK Garage remix that’s up there with the best reworks ever recorded. It’s used to be one of the first records I pack in my bag and it’s a prime feature on my USB these days and will nearly always feature in my sets. It was my very best friend Warren’s biggest UK Garage track, who sadly isn’t with us anymore and so this track has taken on a special poignancy in recent years as it reminds me of him and warms the heart.

6. Micheal Jackson – Billie Jean
There is only one true king of pop. Before Bieber, Timberlake and and the arrival of a whole host of other pretenders Michael Jackson was cranking out hits the quality of which his contemporaries simply haven’t been able to get anywhere near. There have been some great remixes of Billie Jean over the years – most notably Bushwacka’s take on it in the early nougties – but in my eyes you only need the original. In his prime nobody could touch MJ and he was the guy I grew up listening to. Having produced so many great tracks it says a lot about ‘Billie Jean’ that for me it still stands out as Michael’s best track. Featuring the mighty ‘Thriller’ album you can’t really overstate how good a job he and Quincy Jones did on this work.

7. Baby D – Let Me Be Your Fantasy
You didn’t think I’d be able to leave this out did you? An epic piano rave anthem which originated at the height of the rave scene in 1992, I remember sneaking out my parents house to my mates and listening to this in his car, having a proper car rave and then when I was a bit older it was played at all the big clubs in town. It’s hard not to want to put you hands in the air each and every time you hear it.

8. Crystal Waters – Gypsy Woman
If you’ve heard this track before then the chances are you love it almost as much as I do. I say almost because, well it’s in my top eight and blows me away each and every time I listen to it. Not many records are capable of making the listener think “Wow this is amazing!” each time they hear it but this one does. I could play this over and over and not get bored of it; it’s almost like I’m hearing it for the first time, every time. It’s always a killer tune that tears up the floor in every dance. Gypsy Woman sets it’s portrait of a crusty, haphazardly made-up bag lady begging dementedly on street corners to the Basement Boys’ unforgivingly brutish, mongoloid thump with spectacular results. 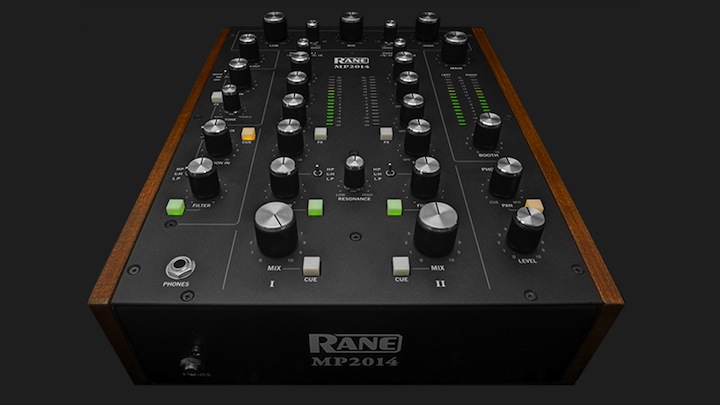