Andrew Weatherall once likened the overwhelmingly vast collection of music on the Internet to a supermarket having too much jam on the shelves. Give customers too much choice (whether that be fruit preserves or music) and the adverse effect will take hold whereby s/he on the receiving end will walk away empty handed, anxious at the idea of filtering the options. That ‘too much jam’ feeling, y’know?

In this age where electronic music, as we know it, is slowly becoming increasingly homogenised, it’s reassuring to know that there are those who strive to paddle away from the forceful, mainstream current and use their wealth of knowledge and tastes to bring to light deserving productions in a whole myriad of styles.

After Bernie Fabre, a festival organiser, got introduced to Weatherall by Sean Johnston, Weatherall ended up playing several times at Carcassonne’s Le Chateau Comtal; a medieval castle in the South of France. It’s a place of magnificent beauty; a fort on top of a hill whose long and winding cobblestoned paths tell a rich history of invasions, an exceptional restoration project by Eugene Viollet-le-Duc and now, of the Andrew Weatherall Festival.

Bernie Fabre is a great admirer of Weatherall’s radio shows and podcasts due to their wide-span of genres including rockabilly, post punk, Turkish psych, dub and krautrock, to give a general idea, so after witnessing Weatherall spin his musical wizardry, he and Benjamin Esteve launched a festival in his name.

Having graced this world for the second year running, the two day festival is curated by the highly revered DJ/producer/remixer/deity and is 48 hours of not just music from London, Scotland, Bucharest and of course France, but a representation of the pride of the region; delivered by the finest ingredients cooked by Michelin star chef Jerome Ryon.

Carcassonne is a sleepy city; a city that seems smaller than its neighbours Béziers and Narbonne in available activities and following the punter’s journey through the fort, they see other visitors enjoying the continuous flow of wine amongst cobblestoned streets and seating areas delicately lit by overhanging strings of light bulbs. It isn’t until their road leads to the gates of Le Chateau Comtal that it suddenly makes perfect sense: the castle to Carcassonne is what the festival is to Andrew Weatherall; a display of pride and culmination of a diverse history.

Weatherall started buying records from the age of 11 and got into the job simply by having an impeccable record collection. It all began by the innocent act of showing some friends a couple of records he’d bought that day and it continues on now, though on a slightly larger scale. This time his setting is inside a giant courtyard and the vibes immediately feel intimate; as if at a neighbour’s summer party. After feeling like royalty walking down a red carpet and into the venue, you’re met by the stage which sits in front of a concrete dance floor, overlooked by raised decking. There’s plenty of foliage sprouting out of the surroundings, and light bulbs hung around the perimeters which gave the evenings a soft, dreamy glow. Before the night can go forth though, the audience must obey the token rule this festival has adopted. Though this was done with the intention of saving time when paying at the bar (and probably others that don’t comprehend to those subjected to it), there were some disgruntled faces as they begrudgingly joined the token queue (however, those who are so behind in the queue to have to snake round will be metres away from the stage and in the face of the action).

The night starts early courtesy of Khidja, a duo who hail from Bucharest whose outputs are inspired by Turkish and gypsy music coupled with analogue synths. They first caught the attention of Sean Johnston when he saw them close a party with one of their own productions and here they swoon the crowd with their shuffling percussion and Eastern-European influenced grooves. Frenetic strings usher the crowd into a night-time ready state just as Weatherall saunters onto his platform and presents ‘Music’s Not For Everyone’; a session that celebrates the obscure and unfamiliar and though he stayed true to his intentions of delivering likely-to-be unknown numbers, the audience receives his offering gladly.

He hands the baton over to Scott Fraser, an 80’s Glaswegian acid house producer who has seen a loud rumble of interest in the recent years, building himself a reputation for the moodier spectrum of disco and wound-down techno. After being on hiatus he moved his studio into Andrew’s space where 18 months’ of music writing has culminated in the release of several records and remixes on various labels including Weatherall’s vinyl-only Bird Scarer imprint and the Parisian Astrolab. Amongst this was Timothy J. Fairplay’s (who he is co-label owner with for Crimes of the Future) remix of his timeless ‘A Life of Silence’; a slow-burning track whose punchy bass line evokes a sense of longing nostalgia in the listener. This infectious melody worked up the crowd to a level that was only fitting for Weatherall and Sean Johnston’s ‘A Love From Outer Space’.

A club night that was born out of Johnston playing Weatherall a mix of ‘slow music’ and wondering if other people would dig it, it’s 25 years’ worth of record collecting by two enthusiasts and a display that spans countless genres. It’s a night of conviction and confidence where the pair will stick to their guns instead of bending spine-breaking directions to please the crowd, a quality that is rare in the more modern and wavering DJ. A night named after an AR Kane track, they famously ‘never knowingly exceed 120bpm’ (a tagline with a hint of influence from a John Lewis ad) and as Weatherall called it himself, is full of ‘drug-chug’ music. Since starting in 2010 at Stoke Newington’s ‘The Drop’ and beginning weekends with a hangover, their Thursday nights regularly see three generations of clubbers coalescing in taste. Representing the contrary to the throwaway mp3 culture we’ve grown to develop; their appeal can be understood as projections that offer more than this week’s Beatport chart toppers.

The club-ready offering of Tiga vs Audion’s ‘Fever’ gets regular plays at ALFOS and there’s a reason why; it caused such a stir in the crowd that some fellows opted to take their top off in appreciation of the song, which got on the wrong side of a French policeman and one unfortunate festival-goer immediately saw the exit. Outlander’s ‘Vamp’ had a similar reception but punters were wise to overt displays of flesh, instead swigging from their bottles of wine (they had grown wise to spending several song lengths at the bar and so opted for quantity when ordering)  There is the most amicable atmosphere amongst the courtyard. No egos, nothing to prove, just a demographic of bodies who are either here for the nostalgia or whose young ears are embarking on a palate-flourishing odyssey.

The festival’s second day began in a similar manner with Khidja and a ‘Music’s Not For Everyone’ session but led onto a performance by Weatherall’s favourite French band The Limiñanas, a band whose raw energy emanated so intensely it served to almost visibly wipe out boozy bad feelings from the night previous. One of the highlights of last year’s Liverpool International Festival of Psychedelia, the Perpignan duo Marie and Lio Limiñana were joined by three additional musicians for their live show and gave us footstompers amongst droning keyboards and addictive bass lines, laid under English and French vocals that had unknowing Brits swooning.

To wrap up the weekend we end the night with The Asphodells, a collaboration between Weatherall and Timothy J. Fairplay that began when Fairplay frequented one of Weatherall’s nights, Haywire, as a “fresh-faced acid-house loving punter”. Doubling up as Weatherall’s studio engineer, their collaboration ‘Ruled by Passion, Destroyed By Lust’ is the amalgamation of a life’s worth of musical influences shaped into a record of disco, post-punk and a dash of house. The wonky, percussion-led track ‘Nostaljack’ by Robert Dietz caused ripples of feverish body spasms and continuing with this old school vibe, they deliver ‘Rave Till Dawn’ by Dutch machine wizard Legowelt. Its shuffling drum beats are overlaid by layers of pummelling synth grooves that simultaneously clash and meld together, elevating the audience spirit to heights that cause their energy dial to go off the scale. As their set draws to a close Scott Fraser and Sean Johnston join them on stage to bid their listeners the most heartfelt of farewells.

As they stand as four artists inextricably linked, this celebration of this erudite gentleman’s influences and passions in this medieval setting almost seems like a fairy tale, but now holds its place in the history of Carcassonne and memory of music-lovers. 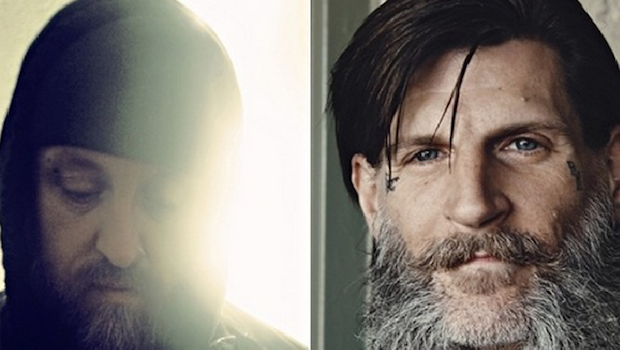