It must be tough for Rob McAndrews. On the one hand, he has played to huge crowds across the globe as part of James Blake’s live setup, produced music with Brian Eno, and enjoyed widespread acclaim from both the mainstream and the blogosphere. On the other, his debut LP For Years will struggle to avoid comparison with his long-time collaborator who has enjoyed such massive transatlantic success. Blake has become so synonymous with the modern IDM scene that For Years was always likely to be held up against both his well-received albums and the club-ready EPs which announced him to the world three years ago. When compared to these yardsticks, it is incredibly difficult to truly step out from the shadows of the man McAndrews plays guitar for, but For Years deserves to be considered on its own merits. While unfocused and a little patchy, the ambitious scope of Airhead’s compositions deserves recognition and (when it pays off) For Years hits some terrific highs.

The title gives a nod towards the fact that this is a collection of songs written over a long period – giving the album a rather uneven finish, as if Airhead is still feeling for his place in the teeming indie/IDM pigeonhole. Despite being hard to find the thread that links standout tracks ‘Autumn’, ‘Fault Line’ and ‘Pyramid Lake’, this is a debut which shows a remarkable ambition to try anything – touching upon pastoral indie, ambient techno and yes, ‘future-garage’, without compromising on a definite overarching theme.

Opener ‘Wait’ marries generous snippets of the Yeah Yeah Yeahs’ indie-disco standard ‘Maps’ with pitch-shifting R&B, but by relying so heavily on the original, it succeeds primarily as a fairly interesting cover. It’s a strange choice for an opening gambit – as if McAndrews is acknowledging the record’s lack of direction from the off. However, For Years then begins to move through the gears with ‘Milkola Bottle’, which despite being a not-so-distant cousin of ‘Air & Lack Thereof’, is a gorgeous piece of skittering melancholia in its own right.

While the moments of calm found in instrumental washes ‘Masami’ and ‘Azure Race’, (the latter of which bounces into life to usher in Side B), display a confident deftness of hand from the young producer, they remain staunchly ‘filler’. Sandwiched between the two is highlight and centrepiece, ‘Pyramid Lake’ – a behemoth of a track, featuring bruising drops and a needling synth line, which build together to form a sweeping, post-dubstep crescendo. Few of these tracks are as immediate – the ghostly vocals and distant chimes on the album’s 2-step effort ‘Lightmeters’ for example, reward repeated listens. Carving out a niche better than most ‘crossover’ attempts, ‘Callow’ keeps it pleasingly simple; a resolutely indie paean nestling among cold and cloying beats which seep slowly into the subconscious.

Lead single, ‘Autumn’ is perhaps the most surprising diversion – a traditional folk song set atop a pendulous beat which wears its far-flung influences proudly on its sleeve, and works far better than it ought to. This is followed up by ‘Fault Line’, an excellent 4/4 ambient techno motif which shifts in and out of focus, battling for centre stage with the breathy vocals and abstract soundscapes which are a common feature of the album.

While the smorgasbord of styles available here may dent the album’s effectiveness when consumed whole, For Years exhibits remarkable variety; jumping from woozy atmospherics to club bangers via the odd pastoral ditty. By the time ‘Knives’ comes around, it’s easy to forget Airhead’s affinity with James Blake, until you realise that’s him and his organ on the closing track. To dismiss this record as merely a latecomer to the ‘post-dubstep’ party would do it a great disservice. Airhead is clearly happy taking his time, doing what he wants – using his early influences to inform a debut built as much on post-rock and noughties indie as it is on dance music. Although For Years only really thrills in its more upbeat moments, the brave decision to hold onto the more traditional songs pays off. This genre-hopping may take something away from the LP’s initial impact, but the breadth of ambition on display here justifies the ‘four years’ it’s taken to produce, while also removing Airhead from the looming shadow of his old friend – although perhaps not in this particular review. 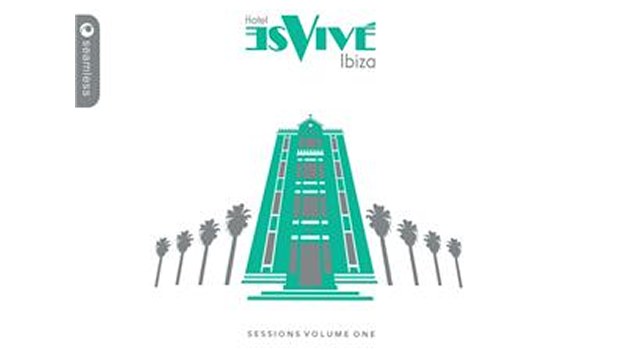